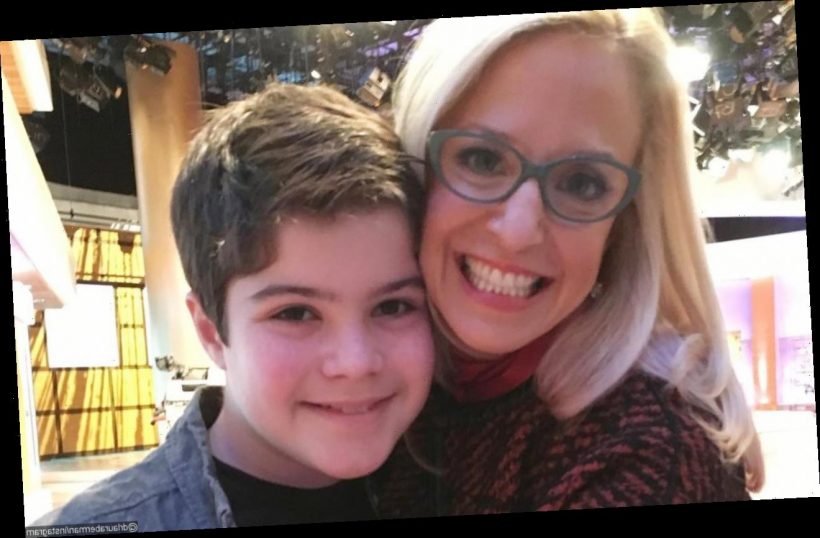 Mourning the loss of her 16-year-old son Sammy who died of accidental overdose, the TV personality reminds fellow parents to watch their kids and their interactions on Snapchat.

AceShowbiz -Dr. Laura Berman is mourning the loss of her teen son. The TV host, who is known for her show “In the Bedroom with Dr. Laura Berman” on OWN, has announced her son Sammy’s passing at only 16 years old due to accidental drug overdose.

The relationship therapist took to Instagram on Monday, February 8 to share the news. “My beautiful boy is gone. 16 years old,” she wrote along with a photo of her and her son smiling, admitting, “My heart is completely shattered and I am not sure how to keep breathing.”

Claiming that her boy was “sheltering at home” and “straight A student” who was “getting ready for college,” she blamed a drug dealer for allegedly giving her son Xanax or Percocet laced with fentinyl without his knowing. “A drug dealer connected with him on Snapchat and gave him fentinyl laced Xanax or Percocet (toxicology will tell) and he overdosed in his room,” she revealed.

Laura added that she opened up about the tragedy “so that not one more kid dies” in what she dubbed “experimentation gone bad,” urging fellow parents to watch their children and their interaction on Snapchat. “We watched him so closely,” she wrote. “He got the drugs delivered to the house. Please watch your kids and WATCH SNAPCHAT especially. That’s how they get them.”

On her Instagram Story, Laura further called for parents to have their teens get off Snapchat. “If you have teens, please read this and get them off Snapchat ASAP! This is a trend now and overdoses amongst teens is on the rise,” she posted.

Laura also implored several social media platforms to join in the investigation of Samuel’s death. “We call on Snapchat and Twitter to help the Santa Monica Police with their investigation, which according to the police is something the big technology companies regularly refuse to do,” she said in a statement to USA Today. “And we encourage every parent to manage their children’s social media as closely as possible.”

Responding to Laura’s claims, a spokesperson for Snaphat released a statement via Page Six. “Our deepest sympathies are with the family and friends of Samuel Berman Chapman and we are heartbroken by his passing,” it read.

“We are committed to working together with law enforcement in this case and in all instances where Snapchat is used for illegal purposes. We have zero tolerance for using Snapchat to buy or sell illegal drugs,” the statement continued, noting using Snapchat for “illegal purposes” goes against the company’s community guidelines.

The company vowed, “We are constantly improving our technological capabilities to detect drug-related activity so that we can intervene proactively. … We have no higher priority than keeping Snapchat a safe environment and we will continue to invest in protecting our community.”