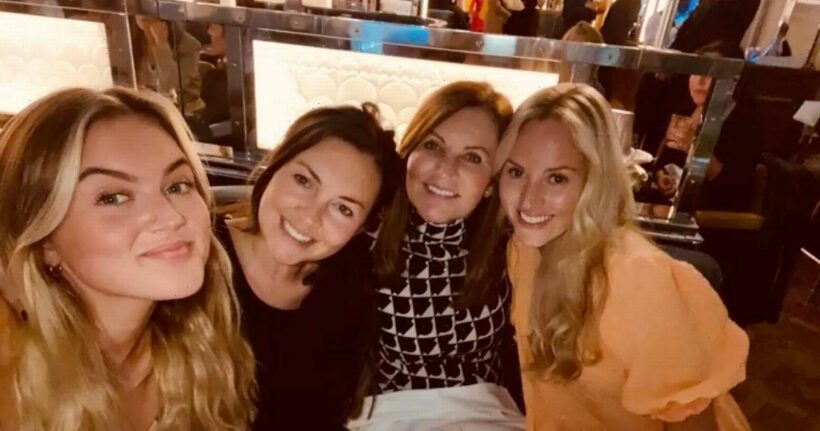 EastEnders star Lacey Turner, 33, enjoyed a night off from parenting her two young children to go out for dinner with her mum and two sisters.

Lacey, who plays Stacey Slater in the BBC soap, smiled from ear to ear in a photo with her rarely seen mum Bev and her sisters, Lily and Daisy.

The foursome looked glam and smiled in the snap as they enjoyed dinner and drinks at an Italian restaurant.

Lacey looked stunning in a black top with her hair swept back into a ponytail while her sisters and mum looked equally as glam as the soap star.

Hollyoaks fans may have recognised Daisy who once played con-woman Rebecca Massey in the soap before being killed off.

Lily has also appeared on the screen as she starred in EastEnders as the daughter of Kat Slater's friend Martine.

Discussing her name at the time, Lacey said: “It wasn’t on our original list but we did an internet search for ‘pretty girls’ names’ and we both said it at the same time!

"Her middle name is Violet, which I also love."

Lacey gave birth to her son Trilby just six months ago and speaking to OK! about the name they chose for their baby boy, the star said: "I always thought it was such a cool name.

"I knew a girl once and her sister was called Trilby Fox and I always thought it was such a cool name, and I quite liked it for a boy, so I've had it in my head for a really long time!

"It’s nice because when people say, 'What's his name?' you say, 'Trilby, like the hat.'

"When we had Dusty, we said, 'Dusty, like Dusty Springfield'."

Lacey recently revealed she would be heading back to Albert Square soon, and her character is set to plunge straight back into a mammoth storyline.

After her last scenes aired in April, Stacey was wrongly sent to prison by Ruby (Louisa Lytton), so it stands to reason Lacey's return will see her character released early.

"I'm really lucky because although with a big storyline you can be working like any full-time job, there are a lot of times when I'm not needed so it works out perfectly," the star told OK!

"I also live not too far away from the studios so that always makes things easier, and I can pop home between filming.

"I'm always home for bath and bedtime, too," she added.