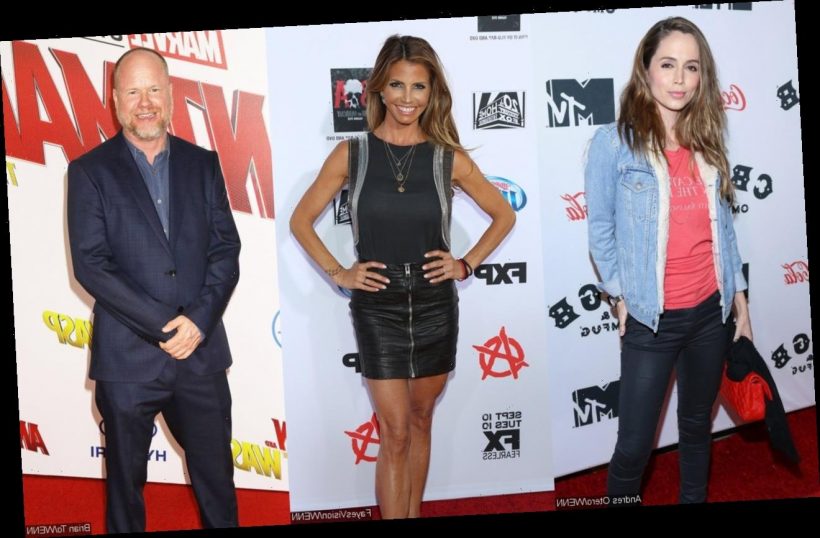 Adding her voice to the growing list of support to her former co-star, the ‘Buffy the Vampire Slayer’ star thanks the Cordelia Chase depicter for speaking out about the series creator’s on-set misconduct.

AceShowbiz –Eliza Dushku will be forever grateful for Charisma Carpenter‘s courage. One day after her former co-star on “Buffy the Vampire Slayer” publicly called out series creator Joss Whedon for leaving her traumatized by his on-set misconducts, the actress playing Faith on the supernatural drama joined many in voicing her support.

On Thursday, February 11, the 40-year-old issued her lengthy statement via Instagram. “CC, my heart aches for you & I’m so sorry you have held this for so long,” she opened her post. “Your post was powerful, painful, and painted a picture we’ll collectively never un-see or un-know. Thank you. I hadn’t known it and I won’t forget it.”

“I frequently think of the saying, ‘ We are as sick as our secrets.’ Our secrets indeed make and keep us sick,” she continued addressing the matter. “Neglecting to ‘name’ the power/gender/sexual/racial abuse epidemic in the entertainment industry (and for that matter society in general), enables the abusers and only emboldens and ultimately fortifies abusive systems.”

Standing by the 50-year-old actress, the former “Dollhouse” star declared, “May you and countless others feel the solidarity and connection you have likely missed for too long.” She then emphasized, “From courage, come change and hope. It starts and will end because of courageous truth-tellers like you.” At the end, she stressed, “I admire, respect, and love you.”

Dushku’s statement came after co-star Anthony Head expressed his disappointment for being left unaware of Carpenter’s situation on the set. During an appearance on “This Morning”, the 66-year-old actor admitted, “I’ve been up most of the night thinking, ‘What did I miss?’ This is not a man saying he didn’t see it so it didn’t happen. I am gutted – I am seriously gutted.”

Carpenter herself came forward with her accusations against Whedon on Wednesday. In an Instagram post, she backed Ray Fisher‘s poor treatment allegations against the filmmaker. Branding Whedon “mean and biting,” she claimed that he body-shamed her during her pregnancy, repeatedly threatened to fire her, mocked her religious beliefs and other disturbing actions.

Since then, Carpenter’s co-stars Michelle Trachtenberg and Sarah Michelle Gellar have weighed in on the drama. Trachtenberg corroborated Carpenter’s claims and added, “What he did was very bad. But we win. By surviving,” while Gellar stated, “I stand with all survivors of abuse and am proud of them for speaking out.”