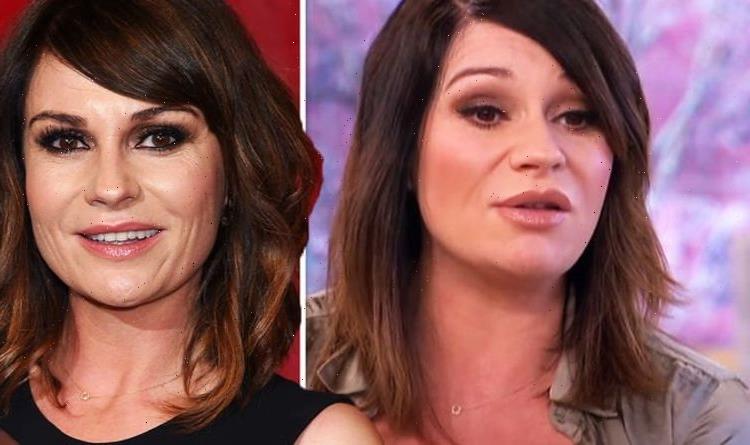 Emmerdale star Lucy Pargeter has opened up about her grim habit on the set of the ITV soap. The actress, 44, who plays Chas Dingle in the popular programme, appeared on ITV special Soapy Slip-ups this evening where she explained the reason behind the issue, which sees her frequently burping on set.

I drink a lot of fermented green tea

Ahead of the programme outing one of the actor’s habits, Lucy quickly got there first.

“Is it a montage of my burping? Because this could go on for hours,” the mother-of-two candidly confessed.

The ITV special went on to show the star casually burping while her co-stars fell about laughing.

Mark Charnock, who plays Marlon Dingle in the drama, had his own take on his co-star’s gassy display.

He said: “It’s hard to know where one starts,” as Lucy assured her fellow actors that she had finished.

“I’ve been very bad all day,” Lucy confessed, before Matt quickly hit back.

In a close up, he simply stated, “She has wind, she has wind.

A voice off camera could be heard insisting that the star has been burping for the last 30 years.

As the cast and crew fell about laughing, Lucy said dramatically: “Ever since I came out the womb darling.”

One of her Emmerdale co-stars divulged that the actress blames “uncooked spices” for the habit, before the Chas Dingle star revealed the reason behind her burps.

She said: “I drink a lot of fermented green tea,” before burping and excusing herself right on cue.

Another one of her co-stars added: “[She’s] a bit windy that’s all.”

“Everyone’s used to it!” Lucy insisted, before adding: “Apart from when you have guest artists sometimes that come on set.”

Ahead of the new year, the Emmerdale star issued a call for help following a series of unsolicited texts.

In view of her 255,600 followers, the star called for assistance, writing: “Can anyone help?

“I’ve been having text messages from someone who doesn’t have my number by consent, and who won’t leave me alone!!!!!

“What do I do????” she asked her fans, before being inundated with advice.