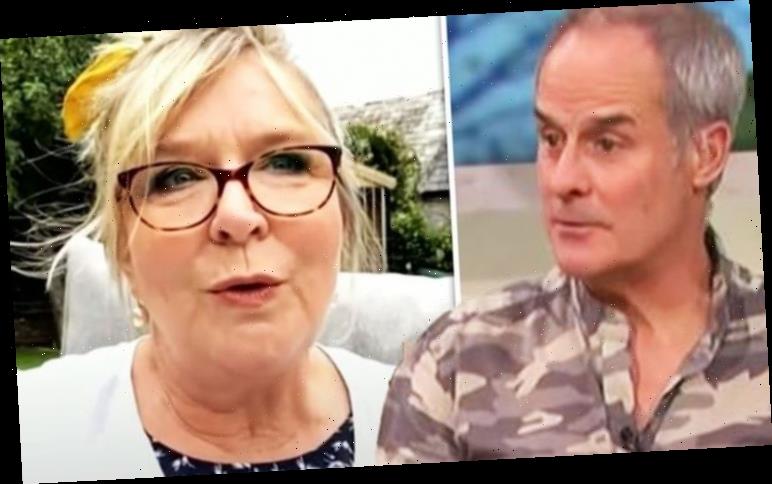 Fern Britton reveals how Phil Vickery ‘seduced’ her in 2009

Former This Morning presenter Fern Britton, 63, has thanked her Twitter followers for “jollying” her up after she admitted that she wasn’t “feeling it” yesterday. The author took to the social media platform to candidly confess that she was having one of “those days” which led to her being inundated with kind messages from fans eager to cheer her up.

Thank you for jollying me up today

Taking to Twitter, the star thanked her 81,500 followers for their support and kind words.

She wrote: “Thank you for jollying me up today.

“So kind and I am feeling much better.

“Have a good sleep all and here’s to tomorrow,” followed by three hearts and a kissing face emoji. 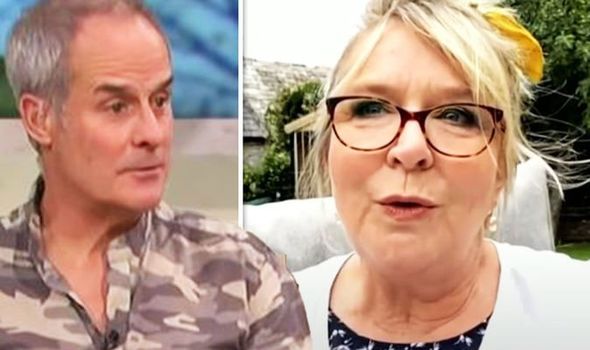 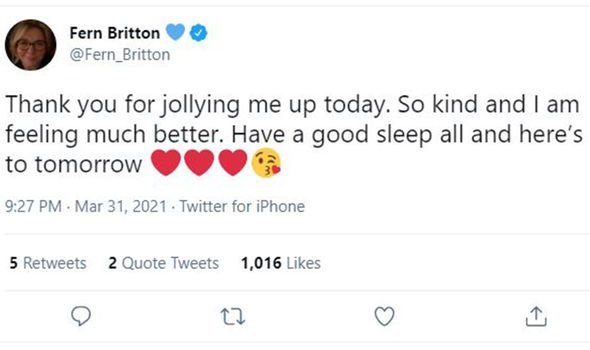 Earlier in the day the best-selling author took to social media to confess that she was having one of “those days”.

“You know those days? Tomorrow will be a good day but today … nah.”

She also lent her support to her followers in the same mindset, writing: “If you’re not feeling it either, I’m with you x.” 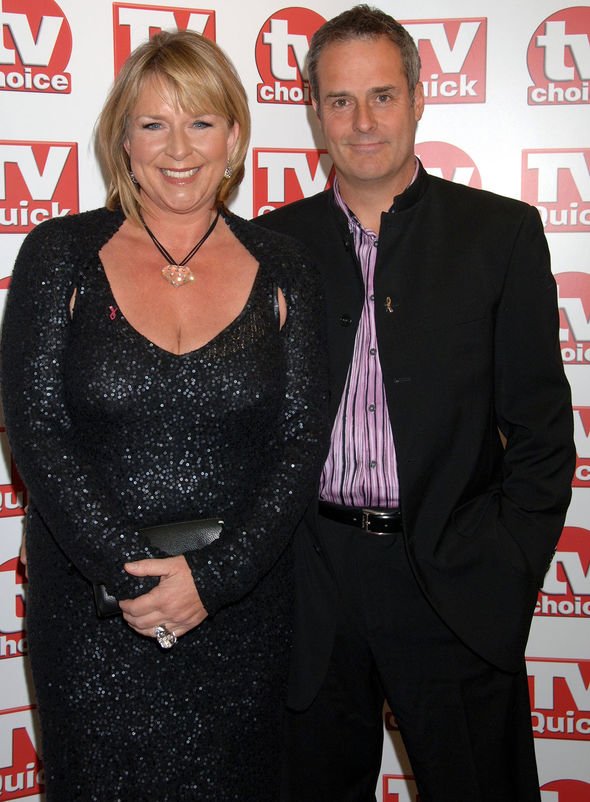 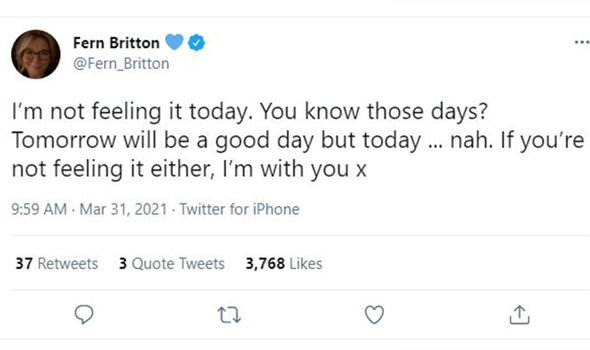 Following her admission, the former This Morning presenter’s fans commented on her tweet in an effort to put a smile on her face.

One wrote: “As Captain Sir Tom used to say, tomorrow will be a better day x.”

Fern replied to the kind tweet saying: “Yes I think of him saying it ! Xx.”

Another fan posted a picture of their sunbathing cat in a bid to cheer up the presenter, while a third shared a Charlie Mackesy illustration.

It read: “It’s okay you know…” said the horse, “…not to feel okay”, which the presenter liked.

Others offered some tips or told stories of how Fern had helped them when they were experiencing a low day.

“Sorry to hear that coz you have helped me when i feel like that by listening to your fireside stories, relaxed and calmed me, hope someone or something does the same for you,”(sic) one fan shared.

While another fan added that they had searched for the author’s book on Amazon.

In February it was announced that Fern and husband Phil Vickery, 59, had split following 20 years of marriage,

Fern, who shares daughter Winnie, 18, with ex Phil, confirmed that she and the celebrity chef had gone their “separate ways”.

Breaking her silence after the announcement, she wrote on Twitter: “She wrote: “Hello. Thank you so much for all your kind messages.

“They are so appreciated. More than you know. The kindness of strangers is overwhelming. Xx.”