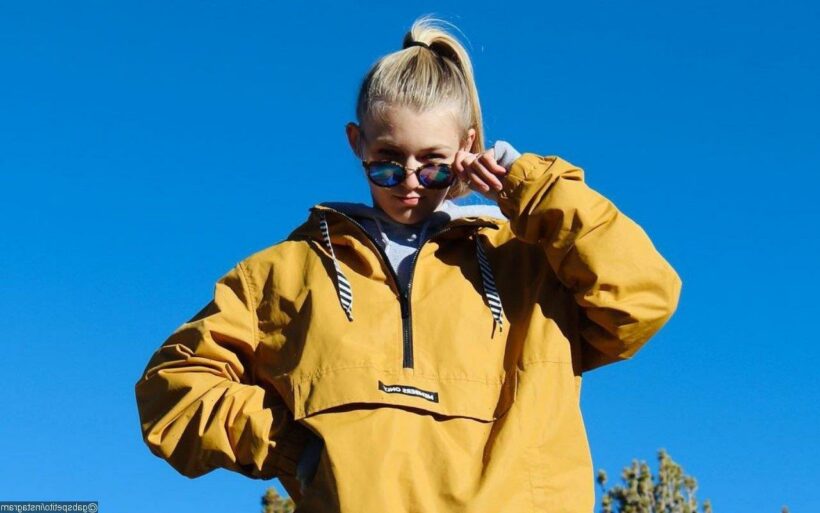 Prior to service, Gabby’s father Joseph Petito announces the creation of The Gabby Petito Foundation, which is aimed to help parents who are searching for missing children.

AceShowbiz -YouTuber Gabrielle Petito a.k.a. Gabby Petito was laid to rest in a public service on Sunday, September 26. A large crowd of mourners packed the funeral service for the 22-year-old travel blogger, who was confirmed dead on Tuesday, September 21 after being reported missing by her parents on September 11.

The funeral service took place at Moloney’s Funeral Home in Holbrook, New York, near her hometown of Long Island. Among those in attendance at the service, which was also live-streamed online, were Gabby’s friends, family, co-workers as well as those who were touched by the YouTube personality’s tragic story.

During the wake, several of Gabby’s family members and close friends Gabby’s father delivered emotional speeches to remember the slain blogger. Gabby’s father Joseph Petito gave an emotional eulogy in which he said, “I don’t want you guys to be sad. Gabby didn’t live that way. If you knew Gabby, she was always a pretty happy girl. Her nature was always to smile and treat everybody kind. She always made people feel welcome.”

“Gabby is the most amazing person I’ve ever met. I’m asking that you guys to be inspired by the way she treated people, all people…She genuinely loved people,” he added. “When you leave here today, be inspired by what she brought to the table. She’s inspired a lot of women and a lot of men to do what’s best for them first. Put yourself first and do it now while you have the time. I couldn’t be more proud as a father.”

“If there’s a trip you guys want to take, take it now. Do it now while you have the time. If there is a relationship that you’re in that might not be the best thing for you, leave it now,” Joseph continued to urge.

Gabby’s step-father Jim Schmidt, former chief of the Blue Point Fire Department, also shared some words in remembrance of Gabby. “Parents aren’t supposed to bury their children. This is not how life is supposed to work,” Jim said. “Gabby, at 22 years old, helped teach me that you can always make money but you can’t make up for lost time. Gabby loved life and lived her life every single day. She is an example for all of us to live by, to enjoy every moment in this beautiful world as she did. To love and give love to all like she did.”

Mourners were given a prayer card which contained a poem title “Let it be”, a phrase that Gabby had tattooed on her arm. “Do not grieve for me for I am free. I am traveling a path the Lord has taken me,” the poem read. “Be not burdened with times of sorrow. I wish for you the sunshine of tomorrow. Perhaps my time seemed too brief. Do not lengthen it with undue grief. Lift up your hearts and share with me the memories that will always be.”

Prior to service, Joseph took to his social media account to announce the creation of The Gabby Petito Foundation, which is aimed to help parents who are searching for missing children. “No one should have to find their child on their own. We are creating this foundation to give resources and guidance on bringing their children home,” he explained. “We are looking to help people in similar situations as Gabby.”

Gabby was missing while on a cross-country road trip with her fiance, Brian Laundrie, before her body was discovered last week in the Bridger-Teton National Forest in Wyoming and her death was ruled as homicide.

Brian, meanwhile, has been named as a person of interest in her disappearance and is currently missing himself after returning to his home alone on September 1. He is currently wanted for arrest for unauthorized use of a debit card after Gabby died.