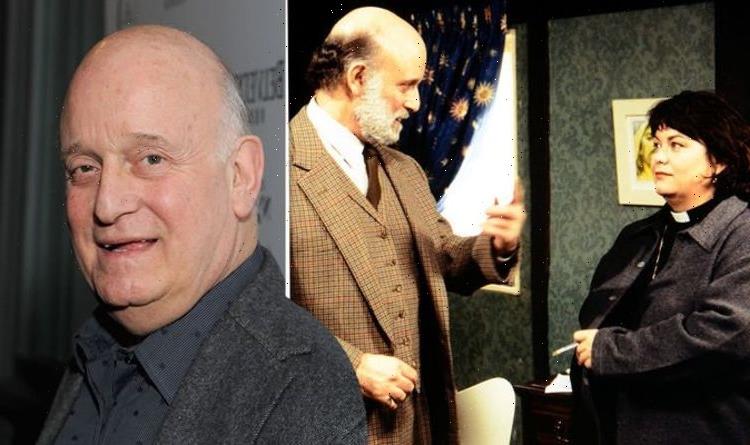 Vicar of Dibley legend Gary Waldhorn has died at the age of 78. The star was best known for playing Councillor David Horton in the BBC sitcom.

His death was confirmed earlier today in a statement from his son Josh Waldhorn.

Josh confirmed his father had died on Monday, but has not shared any details about his cause of death.

In a heartfelt tribute, he spoke of how he’ll miss Gary “terribly”.

He said: “Classically trained, it was the theatre where he truly flourished and he leaves a legacy of entertainment that saw him frequent the boards of Broadway, the West End and our living rooms on the telly!

“He leaves behind his two grandsons, Cooper and Bayley and his son Josh. We will all miss him terribly.”

BBC Comedy also released a statement about the news, in light of his legacy in The Vicar of Dibley.

This read: “Gary was an incredibly talented actor who is fondly remembered by us for his numerous appearances on some of the nations most treasured BBC shows, and of course as Councillor David Horton in The Vicar of Dibley.

“Our thoughts are with his family and friends at this difficult time.”

Gary began his career at the Yale School of Drama before making his screen debut in Take Three Girls in 1969.

He went on to appear in other hit television series like Softly, Softly, The Sweeney, Space: 1999, The New Avengers, Brideshead Revisited in the 1970s.

Gary also appeared as Lionel Bainbridge in the series Brush Strokes and Richard Beamish in All at No 20.

The acclaimed actor had a successful career on stage as well, working with the Royal Shakespeare Company.

However, his screen legacy will be his hilarious portrayal of Councillor David in The Vicar of Dibley.

He appeared in every episode of the sitcom, which began in 1994 as the stuffy head of the Parish Council.

David was well known for not seeing eye-to-eye with Geraldine (played by Dawn French) in the beloved show.

His last appearance was in the 2015 episode for Comic Relief.

Following the news of his death, many fans have paid tribute to the comedic legend.

“I thought he was brilliantly cast as Cllr David Horton, alongside Trevor Peacock and Roger Lloyd-Pack.”

A third named @BadWilf penned: “RIP. It’s sad how many cast members from the Vicar of Dibley, have passed away.”