EXCLUSIVE: The Thinklab Media and Kapers Animation have revealed first images from “Inspector Sun and the Curse of the Black Widow”, the animated noir-ish family thriller now in production in Spain for expected completion in Summer 2022.  Director is Julio Soto Gúrpide (Deep) with a screenplay by Rocco  Pucillo who won the 2013 Samuel Goldwyn Writing Award for it.

(FULL DISCLOSURE) I was one of three judges for the competition that year (the award was established at UCLA by the Samuel Goldwyn Foundation in 1955 and has been won by the likes of Francis Coppola, Eric Roth, and Allison Anders among others in the ensuing decades). Then Tri-Star Chairman (and now Sony Pictures Chairman) Tom Rothman, along with a past 2007 winner joined me as judges of the five finalist screenplays where we all voted separately. At the awards ceremony Rothman and I both discovered we had  put Inspector Sun as the clear number one choice, and it went on to win, a rare feat in the competition for an animated film script, yet there was no question, at least from my standpoint, this was the only one I could clearly see coming to fruition as a feature film. It just popped off the page. Now nearly 8 years later it appears it was the right call. Read what I wrote about it at the time for Deadline here. I predicted it was so good it “could probably go into production tomorrow”. Well, as all things in the movie business it took just a little longer. 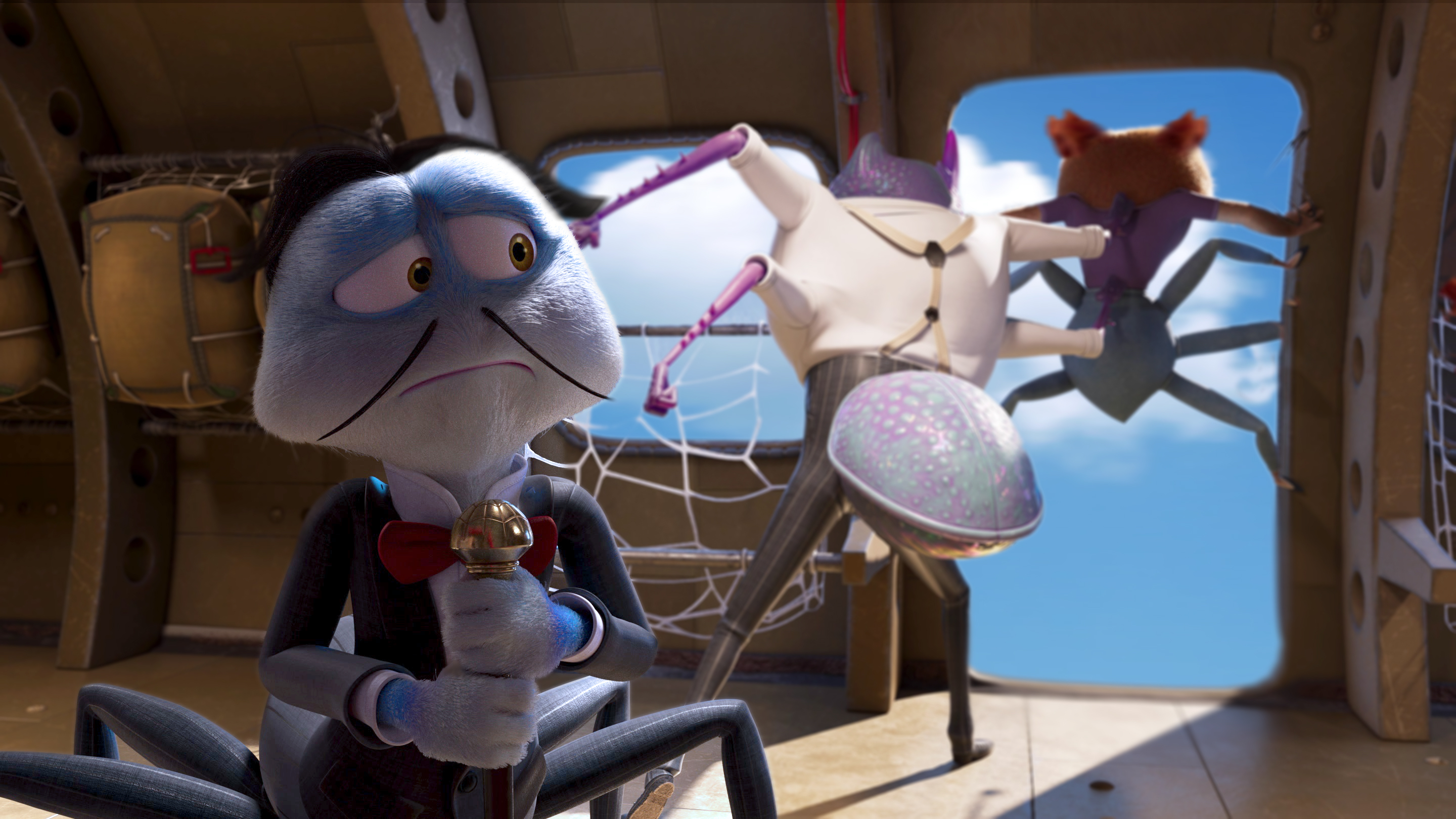 The film takes place in the 1930s on a luxury seaplane flying from Shanghai to San Francisco, and the animated murder-mystery movie is set in this sumptuous world where humans and insects co-exist. Humans travel in the cabin whilst the insects travel in great style below; to an insect, a Pan Am clipper is the size of the Titanic. Spiders are the police in this vivid world and Inspector Sun is the most famous of them all. With a nod to the past movies of Charlie Chan and Agatha Christie, Inspector Sun is pitted once again against his nemesis, the Red Locust. Bankrupt millionaires, femmes fatales, hitmen and smugglers add to the mystery. If it sticks to the script I read, it has a real shot at success once it is released.

Inspector Sun is voiced by comedian Ronny Chieng (Crazy Rich Asians, The Daily Show, and the upcoming Marvel release of Shang-Chi and the Legend of the Ten Rings ).The film is being made in Navarre (Spain) supported by Navarre´s Government and its local Tax Incentives and is produced by Adriana Malfatti Chen, Gúrpide, Karl Richards, Peter Rogers, Jason Kaminsky, and Pucillo, the latter also currently  working as Story Editor for a new Nickelodeon series Middelpost Post .

The Kapers Animation film is a co-production of The Thinklab Media and Gordon Box in association with 3Doubles Producciones. In partnership with Radiotelevisión Española, with the support of the Spanish Institute of Cinematography and Audiovisual Arts (ICAA), financed by Navarra´s Government (Sodena) and the Spanish Official Credit Institute (ICO), and with support from Epic Games through Epic MegaGrants. Kapers Animation handles worldwide sales.