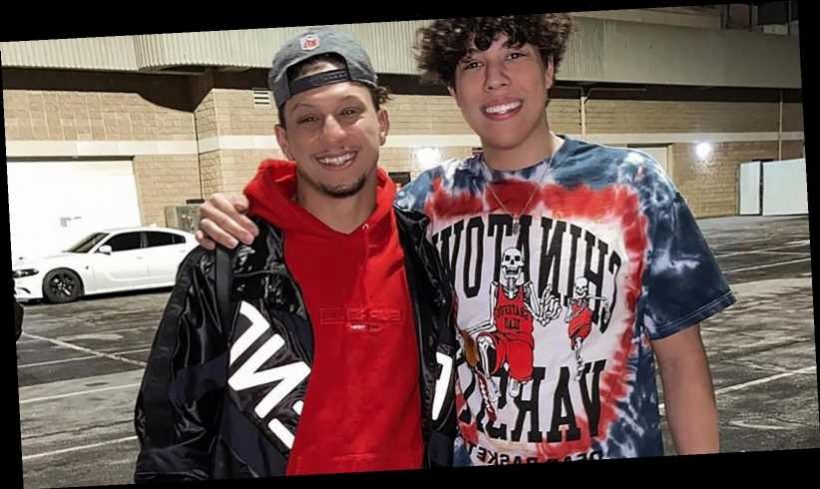 Patrick Mahomes is the MVP QB for the Kansas City Chiefs. Drafted in 2017, he led Kansas City to a Super Bowl victory in 2020 (the Chiefs’ first since 1970), and now has a shot to win back-to-back championships, and set more records, with Super Bowl LV on Feb. 7, 2021.

The star quarterback has often spoken about how close he is with his family, especially with his younger brother Jackson Mahomes. Jackson has even referred to Patrick’s fiancée, Brittany Matthews, as his “best friend” on Instagram. Jackson is an active basketball player, but is best known, at this time, for his popular TikTok channel. According to Life & Style, Jackson really enjoys the attention the channel brings him.

“I’ll never forget the first time that I was at a football game or at a store when people came up to me noticing me as Jackson from TikTok and not just Patrick Mahomes’ brother,” Jackson told the magazine. “My whole life I’ve been compared to my dad who was a Major League baseball player, my brother’s in the NFL, my godfather’s a Major League baseball player — and then there’s me.”

Jackson Mahomes is protective of his family

Jackson Mahomes is a popular content creator on two huge social media platforms: YouTube and TikTok. And he recently made waves across the internet when he attempted to insert himself into the relationship of two other well-known TikTokers. OK! reports that Jackson made a duet video with Nessa Barrett that he simply captioned, “Let me take you on a date.” The problem? Nessa already has a boyfriend, popular TikToker Josh Richards! It seems the couple took Jackson’s request in stride, but that’s not the only social media drama he’s become entangled in.

Jackson also recently shared a direct message exchange he had with Barstool Sports CEO Dave Portnoy. Portnoy had asked if Jackson would consider being interviewed for his podcast, but the request was turned down quickly. It turns out Portnoy previously insulted Patrick Mahomes and Brittany Matthews in an earlier episode, and the family’s feud with Barstool Sports seems to date back to Super Bowl LIV. Jackson shared the DM exchange on his own Instagram story, alongside the caption, “Why would I go onto a podcast that continues to bash me and my family?” (via OK!).