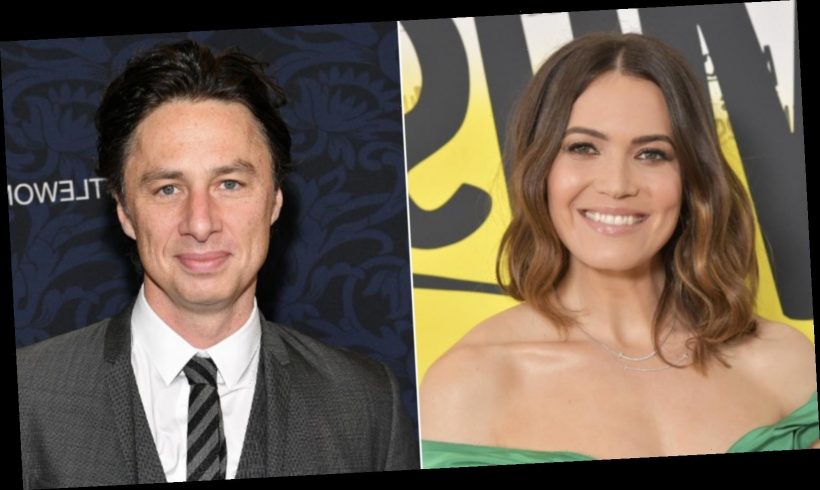 In case you missed it, Mandy Moore and Zach Braff used to date. In fact, according to Yahoo!, the two stars dated for a total of two years, from 2004 to 2006. Moore even guest starred on two episodes of Braff’s show Scrubs (via IMDB). While it is unknown how Moore and Braff originally met, she admits that he is just her type. “I like a good Jewish boy. With a sense of humor,” she told Elle in 2006.

Speaking to Cosmopolitan that same year, the This is Us star also revealed that looks aside, the reason the former couple worked so well together was because they were both in the same industry. “It’s just nice to be with anyone who’s supportive of what you do and proud of you and respects you and respects your work,” she explained, before adding, “I feel lucky to be with someone who’s like that.”

However, this also seems to be the reason they split. As Braff later admitted during an interview with Howard Stern, that he faced some challenges dating “super famous girls” and doesn’t like dating them. He recalled, “Remember, I did that once before when I dated Mandy Moore and it was not a good — I didn’t like it. When you date another famous person, that’s when they really hound you. That’s when the paparazzi are outside your house, and that’s when you can’t ride your bike through Manhattan, because they follow you.”

While the inside details of their breakup have been kept hush hush, we can only assume the relationship ended on a sour note based on these comments. And Moore reportedly feels the same way, with InStyle claiming she compared their breakup to icing on a “really bad cake.” Ouch!