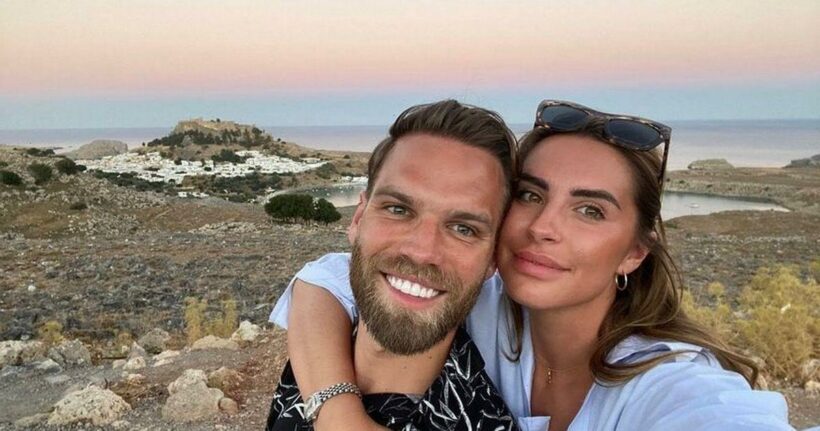 Jess Shears has shared an intimate video of her in the delivery room as she prepared to give birth to her second child.

The former Love Island star, 29, welcomed her second child with husband Dom Lever, 31, into the world earlier this week, confirming the news with a sweet post to Instagram on Thursday 30 June.

The couple, who wed in secret on the Greek Island of Mykonos in 2018, already share a two and a half year old son together.

Now, Jess has given fans a behind the scenes look at their baby’s birth, from the star’s labour in the hospital to the family of four leaving together and heading home.

Posting a black and white montage clip over emotional background music, Jess can be seen in the delivery room preparing to give birth as husband Dom rubs her back to comfort her.

Later, we see the newborn just moments after being born and being held in Dom’s arms.

The clip ends with a sweet shot of Jess’ husband leaving the hospital, holding their son's hand in one hand and a baby carrier holding the new baby in the other.

The couple announced their newest arrival on Thursday, with both parents heading to Instagram to share adorable photos of their newborn.

Proud father of two Dom penned: "Baby we did it AGAIN!!" followed with a heart emoji.

While Jess posted the same snaps, adding: "Feeling blessed a family of four @domlever" with a heart emoji.

It’s believed Jess may have been overdue with their newest addition as, at the time of their pregnancy announcement in March, the now-mum-of-two said she was due to give birth in June – but didn’t specify a date.

When asked why they chose to keep the eldest son’s name private, Jess explained on an Instagram Q&A: “I just don’t feel the need to atm [at the moment],” before saying “this might change”.

She continued: “I mean, if you know me personally then you would know my child’s name and I obviously use it in public when I’m with him but yeah. Im sure 99% of my followers are nice normal people but there are some weirdos in the world.”

Jess then went on to ask a rhetorical question, musing: “I dunno just if a stranger came up to you in the street and asked your child’s name would you be like yeah they’re called *****?”

Jess and Dom join the likes of fellow Love Island stars Olivia and Alex Bowen in welcoming a child this year.

The now-married couple met on the show in 2016, and welcomed their first child together at the beginning of June.