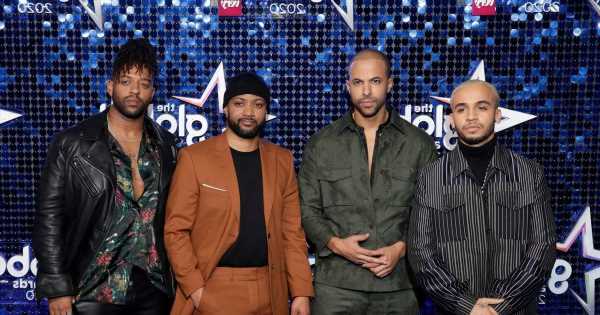 JLS are set to perform some classics alongside their brand new single at the OK! sponsored National Television Awards this month.

The band decided to take a hiatus in 2013 after doing a farewell tour, but shocked fans just a few years later by announcing they'd be reuniting and doing their comeback tour.

In just two days, on 3 September, their brand new song Eternal Love, which was written by Ed Sheeran, will be coming out, too – solidifying their return to the limelight together.

The OK! sponsored NTAs will be broadcast live from The O2 London arena on 9 September from 7:30pm on ITV.

Clearly excited about the concert, JLS tweeted about it on their Twitter page with a snap of them dressed in grey and khaki green outfits.

"Well this is [fire emoji] We’re playing the @OfficialNTAs! Watch on @ITV from 7.30pm on 9th September," they captioned it.

Fans were quick to comment on the news as one person wrote: "Yay. This is amazing. I’m so excited," followed by two crying emojis and a 100 emoji.

Another said: "hell yeah it’s been years since you guys performed live on TV." alongside a celebration hands emoji and three fire emojis.

"Can’t wait finally back on our screens as a band," a third chimed, while a fourth added: "Yessss yessss yessss JLS are back #JLSreturns #eternallove," with a blue heart emoji, yellow heart emoji and a red heart emoji.

The band delighted fans after signing a new record deal back in March after they were forced to postpone their greatest hits tour of 2020 due to the ongoing pandemic.

Speaking to The Sun, Marvin said: "We were absolutely devastated. We were riding such a massive high this time last year when we announced the comeback, and we did a couple of performances.

"We were on Ant & Dec's Saturday Night Takeaway and that was the last live show that was screened around that time."

Despite the pandemic putting a dampener on their reunion, the group of four have been busy working hard behind the scenes.

The dad-of-three continued: "Nobody could have predicted the last 12 months, but the tour will go ahead, and we've been working hard behind the scenes.

"At first we said this was going to be a reunion tour for fun, but this have given us time to pull things together and we've been writing and recording. We're very excited."

You can still vote for your favourites at www.nationaltvawards.com. Join the conversation at @OfficialNTAs

For all your updates on JLS, sign up to our daily OK! newsletter.