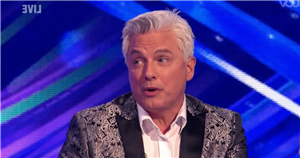 ITV has officially confirmed that Dancing on Ice judge John Barrowman will not be returning to the show.

According to the Sun Online, the actor and TV judge, 54, has been 'axed' from the ice skating competition show after claims that he exposed himself on the sets of various other television shows have resurfaced.

Following a two-year stint on the judging panel of the prime-time show, former Doctor Who and Desperate Housewives actor John will not be returning in January.

Speaking to the publication, a TV insider said: "This will be devastating for him. Clearly ITV feel it’s not a good look to have someone like John centre-stage on a family­-friendly show.”

The news comes after the TV personality admitted he shouldn't have exposed himself.

John was previously accused of flashing at the cast of his previous TV shows, Doctor Who and Torchwood.

The claims only recently resurfaced back in May this year after his co-star Noel Clarke, 54, was accused of sexual harassment.

A video filmed in 2015 shows Noel claiming that John would flash "every five seconds" when on-set.

Noel was accused of sexual harassment by over 20 women, but has denied “any sexual misconduct or criminal wrongdoing".

Despite being axed from the role on Dancing on Ice, it's reported that ITV haven't severed all ties with the former judge.

An ITV spokesperson said: "We thank John for two brilliant years on the Dancing on Ice panel and are pleased to be working with him again as host of the forthcoming All Star Musicals specials.

"We thank John for two brilliant years on the Dancing on Ice panel."

For all the latest news on your favourite stars, sign up to our daily newsletter here