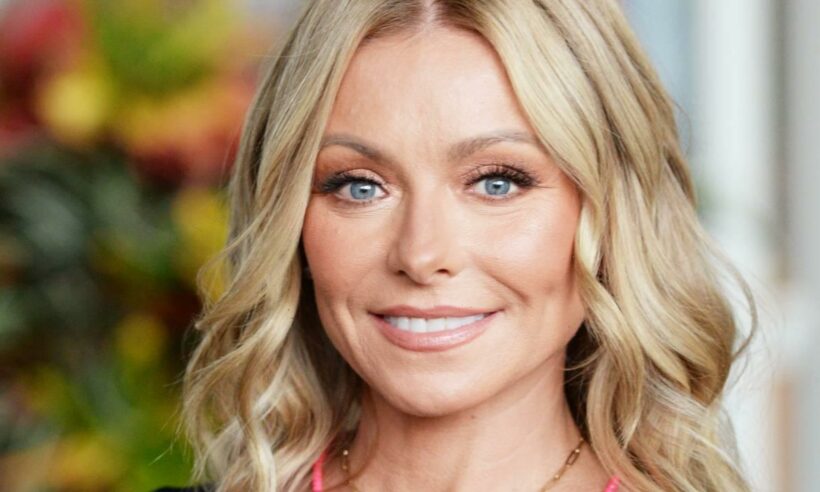 Kelly Ripa brightens up the mornings of many viewers around the United States, who tune in to watch her and Ryan Seacrest on Live during the week.

And the co-stars are just as close as they appear on screen as they are behind the scenes, as Kelly’s latest social media post proved.

Taking to Instagram this week to mark her good friend Ryan’s birthday, the former All My Children star shared an unexpected photo of the TV personality taking a dip in her pool at her Hamptons vacation home.

Ryan was pictured balancing on a giant inflatable swan in his colleague’s swimming pool in her backyard, which could pass as a hotel, complete with stylish sun loungers and a perfectly cut lawn.

It comes as no surprise that Ryan spends time at Kelly’s vacation home, as the pair have had a tight bond since they started working together in 2017.

The pair opened up about their friendship in an interview with ET in 2020. During the chat, Ryan got emotional as he spoke about his co-star.

MORE: Kelly Ripa’s son opens up about surprising relationship with his parents

“I’m using every ounce of my energy to fight back tears right now, while she’s saying that,” he said.

“We do a television show, but it’s not just a television show. We come in and we literally have our first cup of coffee together and catch up with each other as friends do, and that’s the dynamic we hope we have with people who are watching as well.”

Kelly was also full of praise for the radio presenter, telling the publication: “What you see of Ryan on air is the person he is backstage, which is a unique thing.”

Ryan took over from Michael Strahan when he left to join Good Morning America. Kelly has been hosting Live since 2001, first joining the ABC daytime program alongside the late Regis Philbin.

The star has also had several stints of hosting Live alone, first between 2011 and 2012 and again between 2016 and 2017 during the period of time between Michael leaving and Ryan joining.