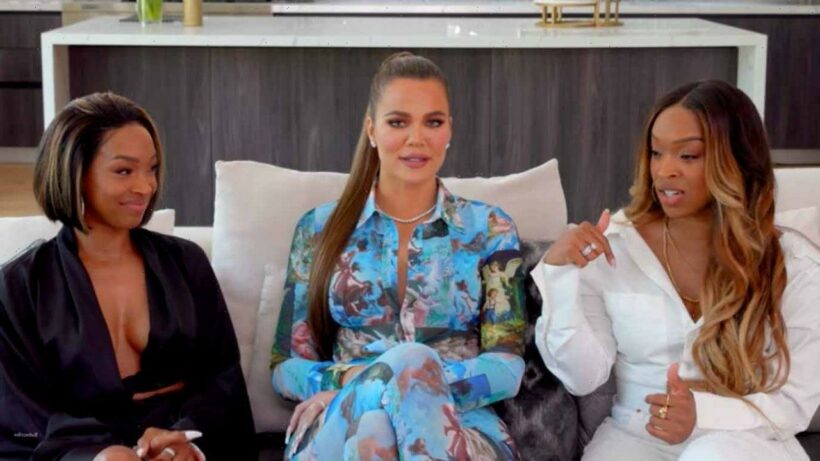 Khloe Kardashian didn’t quite know what she was getting into when she initially agreed to film Keeping Up With the Kardashians.

On a recent YouTube episode of Side by Side with Malika & Khadijah, Khloe chats with the Haqq sisters about the beginning of her family’s reality show, and says her mom, Kris Jenner, didn’t explain just how much her and sister Kourtney Kardashian would be featured on the series.

“Me and Kourt both were like, ‘We just want to film at our stores,'” Khloe recalls, as the sisters had their own clothing shop, DASH, at the time. “My mom sort of misled us a little bit. She was like, ‘Yeah, we’re just going to film at the stores. It’s all you have to do.’ And we did it but we didn’t really know what we were getting into. Then we were just like, ‘OK, we’re already here. We’ll just do it.'”

The 37-year-old reality star admits, “…Then it all snowballed into something else, but in the beginning I don’t think any of us knew what we were doing.”

As for Malika and Khadijah being on the reality show, Khloe confesses, “We never really had a conversation about you guys being on Keeping Up. It was just sort of like all or nothing.”

Malika agrees, adding, “No, it sounded like, ‘The cameras are walking in, just so you know.'”

Khadijah chimes in, joking that they were with the Kardashians all the time and didn’t want their faces blurred out on the show.

“I remember one time I was in DASH, this is when I was working there, and your mom was like, ‘We’re doing a show, everybody look alive, sign that right there, let’s go,'” Malika remembers.

That being said, the besties are glad to have had all that time on KUWTK. “We knew whatever [Khloe] was doing, we were riding with her,” Malika says.

The twins joke that they had to get used to Khloe being so famous. “Who are these thousands of people screaming your name?” Khadijah quips to her friend. “It was an adjustment.”

Khloe also opened up about her time on KUWTK, which recently came to an end, in a reunion special with her family. Check it out below: