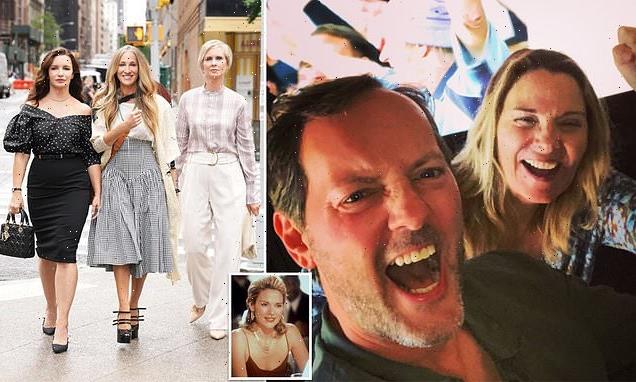 Sex And The City? Sorry, girls… I’m watching the footie: As the three remaining stars film in New York, Liverpool-born Kim Cattrall has caught Euros fever and will be supporting England

And just like that, they were down to three… The Sex And The City women are back filming on the streets of New York but notable absentee Kim Cattrall’s thoughts are much closer to home.

The actress famously declined to reprise her role as man-eater Samantha in the reboot after a high-profile feud with Sarah Jessica Parker, who plays the lead role of Carrie Bradshaw.

Instead of donning her character’s statement sexy attire and chunky jewellery, the Liverpool-born actress was last seen cheering on the England football team, tweeting: ‘It’s coming closer to home… #England.’

Despite being raised in Canada, Kim, 64, has maintained strong ties to the UK. And like her late father she is a fan of the Reds. 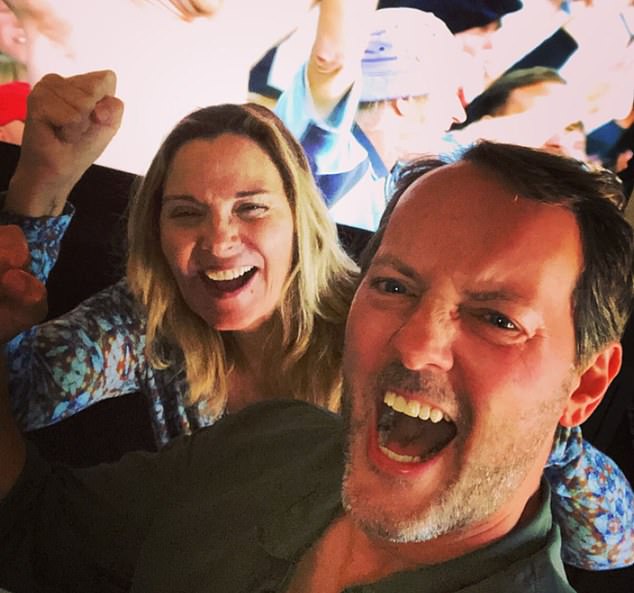 After a trip to Anfield, she described Liverpool as ‘the greatest football club in the world’.

She added: ‘I really have been touched by many things in my life but to stand there with my scarf outstretched and to join in the chorus of ‘You’ll Never Walk Alone’, I had tears running down my cheeks.’

Sex And The City fans have been quick to lament her absence from the new show.

One joked: ‘Going to have to change the title cause there ain’t no sex without Samantha.’

The new incarnation of the show, renamed And Just Like That, will run for ten episodes on HBO. 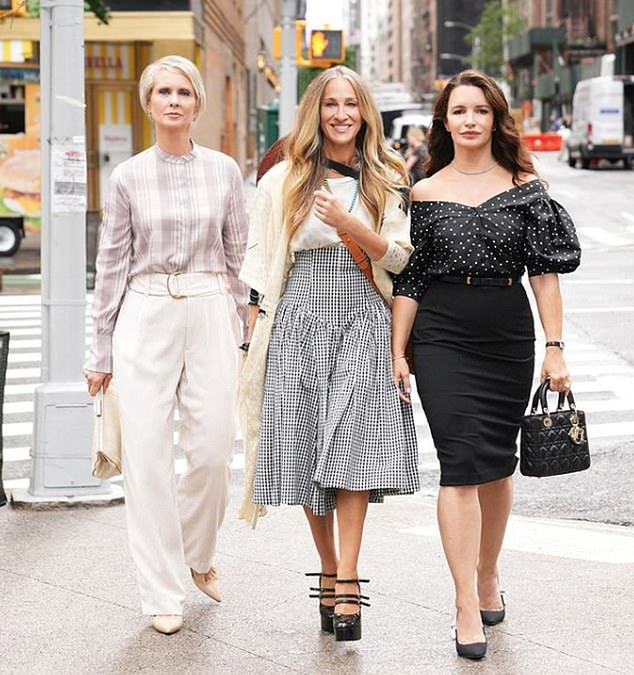 Meanwhile, the Sex And The City women are back filming on the streets of New York (pictured) but Kim was absent after she famously declined to reprise her role as Samantha in the reboot

For Kim and Sarah Jessica Parker, known to her fans as SJP, it seems the friendship did not fade but was never there to begin with.

Explaining why she would not return, Kim said in 2019: ‘It’s a “no” from me. You learn lessons in life and my lesson is to do work with good people and try and make it fun.’

The previous year, their frosty relationship played out on social media after the death of Kim’s brother Chris.

When SJP sent her condolences online, Golden-Globe winner Kim thought the sentiment was disingenuous and posted: ‘My mom asked me today, “when will that Sarah Jessica Parker . . . leave you alone?” 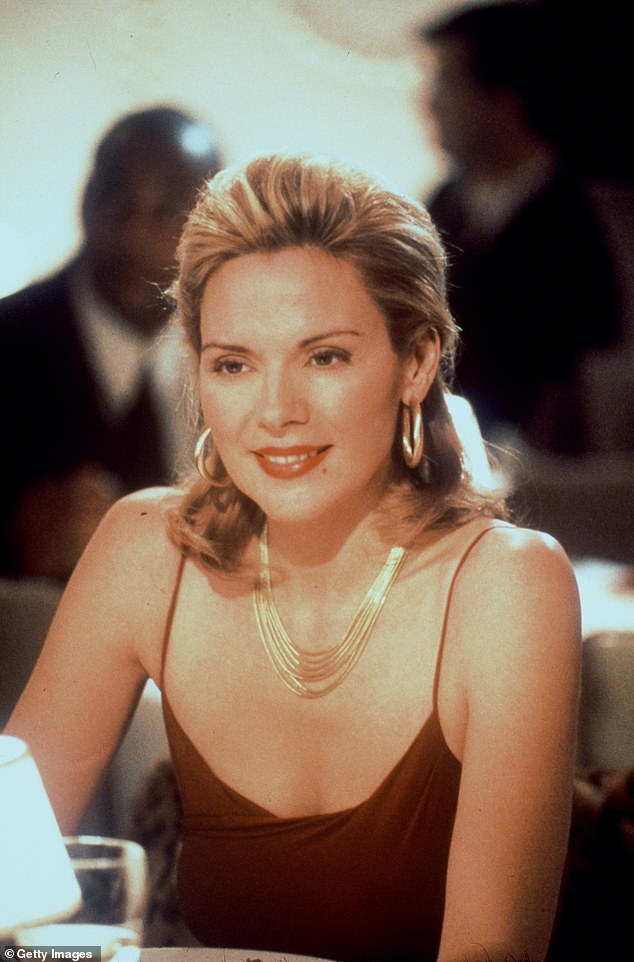 Kim, 64, refused to return as man-eater Samantha (pictured) after a high-profile feud with Sarah Jessica Parker, who plays the lead role of Carrie Bradshaw

‘Your continuous reaching out is a painful reminder of how cruel you really were then and now.’

SJP, 56, has denied a feud, saying she had ‘never uttered an unkind, unsupportive, unfriendly word’.

Meanwhile, SJP was joined by co-stars Cynthia Nixon, who plays Miranda, and Kristin Davis, who plays Charlotte, to film on the streets of the Big Apple last week for the new show that chronicles their struggles with life and love in their 50s.