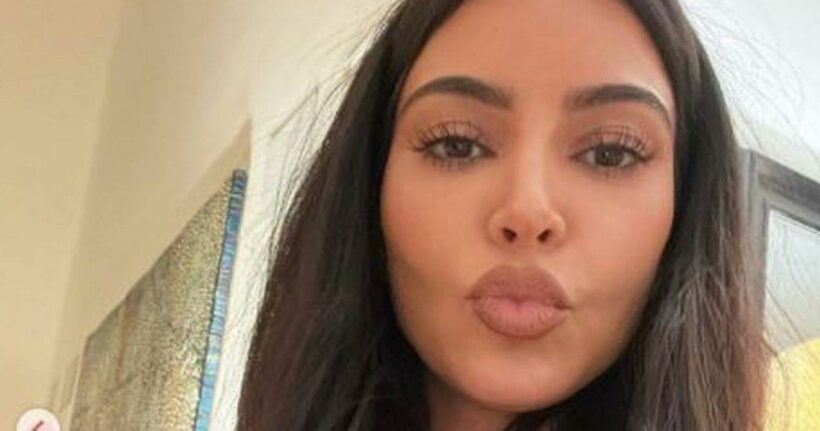 Kim Kardashian has been accused of Photoshop yet again.

In one of her latest snaps shared to Instagram, the Keeping Up With The Kardashians star can be seen pouting for the camera for a casual yet stunning mirror snap taken from her bathroom.

The 41 year old, who enjoyed a romantic getaway with new man Pete Davidson, wore an oversized cream jumper and kept her make-up look natural for the image captioned with a lips and peace sign emoji.

And while the SKIMS founder was showered with gushing comments, some commentators on Reddit couldn't resist claiming that her image had been digitally altered due to the shape of her phone. One person wrote in the forum: "Her phone is warped and I don't understand why because she's so beautiful," before speculating that she had used either FaceTune or Photoshop to edit her selfie.

Another wrote: "Kim needs to lay off the editing. It kind of ruins how beautiful she actually is when she edits her face to look like a teenager in her pics."

A third added: "Her phone case is warped on the top left corner (our left). It's like pulled up a smidge. Why does she need to photoshop her cheekbones."

Despite the negative comments, most of Kim's 278million Instagram followers left positive notes under her snap.

Kim has frequently been accused of editing her snaps, from a Photoshop fail that appeared to give her a third hand to an altered photo from her SKIMS campaign.

Meanwhile, since her reality show KUWTK wrapped and her split from husband Kanye West last year, Kim has been busy enjoying a new romance with Saturday Night Live star Pete.

A source recently told E! News: "Kim and Pete are getting very serious. He has been hanging out at her house more. She's smitten, and the relationship is very exciting to her."

Pete currently lives in New York, while Kim – who has four children with her ex Kanye – lives in California.

But the celebrity couple, who have been dating since November, are said to be keen to make the relationship work. The source continued: "They are making the distance work, and he's planning to be in LA more often now."