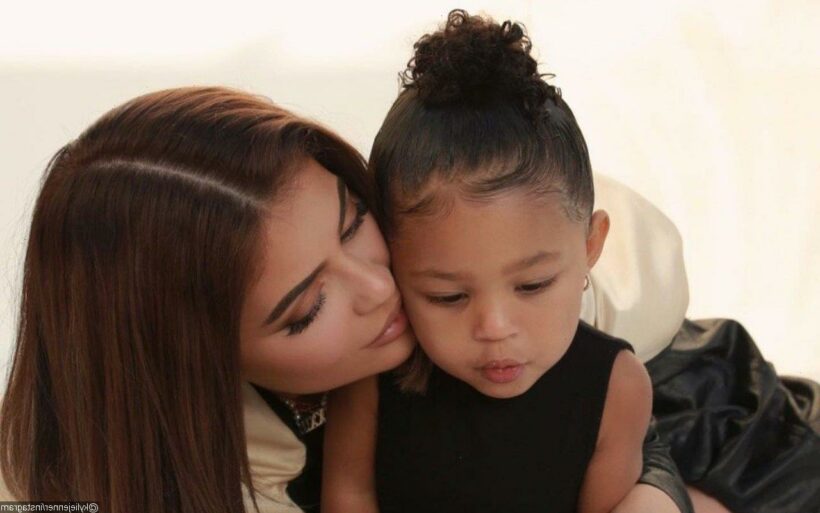 A source close to the former ‘Life of Kylie’ star claims that the 3-year-old tot, whom she shares with rapper Travis Scott, ‘is fully aware there is a baby coming and she is so excited.’

AceShowbiz -Amid rumors that Kylie Jenner is expecting a second child with Travis Scott (II), the soon-to-be parents of two may not be the only ones who are excited. If a new report is to be believed, Kylie and Travis’ firstborn Stormi is excited over her new role as a big sister.

A source close to Kylie claimed to E! News that the 3-year-old tot “is fully aware there is a baby coming and she is so excited.” The insider continued, “She is always asking questions and wanting to touch Kylie’s stomach, it’s really cute.” It was also reported that the former “Keeping Up with the Kardashians” star “always wanted to give Stormi a sibling.”

The report also mentioned that Kylie’s family members are all supportive for her amid her second pregnancy. “Everyone in the family is so excited,” the informant spilled, “and they all are helping Kylie prep. She basically is already set and is using a lot of what she has.”

As for Kylie and Travis, the pair allegedly “are completely overjoyed and can’t wait to expand the family.” The source continued, “They love the family they’ve created and this news has them both extremely excited. Both of their families have been supportive and everyone is thrilled for them.”

“There’s nothing she loves more than being a mom,” the source spoke of the mom of one. “To be able to give Stormi a sibling is a dream come true. She’s already buying stuff and dreaming of what the nursery will look like.”

Kylie, meanwhile, has yet to comment on the rumors.

Kylie and Travis, who started dating in 2017 after she broke up with Tyga, welcomed daughter Stormi Webster in 2018. The two have since been in an on-and-off relationship. Despite that, they are able to keep things amicable while co-parenting their daughter.