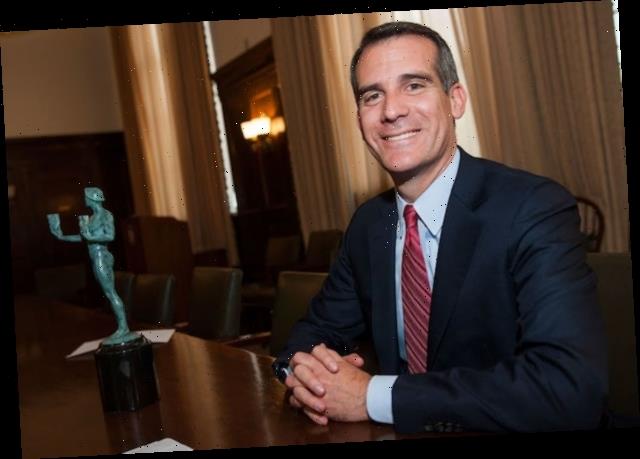 While epidemiologists have warned that COVID-19 is still a threat, Los Angeles Mayor Eric Garcetti expressed optimism that the worst has passed in his city in an interview on CBS’ “Face the Nation.”

Last week, Los Angeles County moved to the second tier of California’s four-tier reopening system, allowing movie theaters to reopen for the first time in nearly a year with a 25% capacity limit while indoor dining and other businesses were allowed to resume with similar capacity limits. Since Feb. 23, the amount of new COVID-19 cases per day in Los Angeles has not exceeded 1,000, with 511 new cases logged on Saturday. At this rate, Los Angeles could move to the third reopening tier as soon as early April.

But while the infection rate in Los Angeles and many other parts of the U.S. has significantly dropped from the immense levels seen this past winter, epidemiologists have warned that the public and local officials cannot lose vigilance. More infectious variants of the virus that have originated in places like the U.K., South Africa, and even California have been detected in recent months.  While vaccination rates are steadily increasing as infection rates drop, experts warn that the variants could cause another outbreak if the public does not continue to social distance even with vaccination rates increasing.

Still, Garcetti thinks that an outbreak in L.A. is unlikely, saying he believes that between the winter outbreak and the 3.5 million vaccines distributed so far, “anywhere between half and two-thirds of our population has antibodies in it now, either because of exposure to COVID-19 and vaccination. So it is a very different context than when openings happened last July or when openings didn’t happen in December.”

“If we were a state right now, we’d have the second-lowest positivity rate,” he continued. “And our state of California right now, I think, is the third-lowest case rate in the country. I believe that some of those variants have burned through Los Angeles. It’s the only way to really explain what happened in December and January when we still had the same level of closures as a month or two before and we didn’t have that case rate.”

In the entire state of California, roughly one-fourth of all residents have received at least one dose of the COVID-19 vaccine so far, with 12% fully vaccinated. State health officials are hoping to quickly increase that count as larger shipments of the one-dose Johnson & Johnson vaccine are expected to arrive in the coming weeks.

Watch Garcetti’s interview in the clip above.