Lady Gaga has donned another dramatic look in London.

The superstar was spotted in a bold, crystal-covered outfit from Alexander McQueen’s latest runway collection, featuring a long black blazer with padded shoulders and cutouts at the waist, paired with sheer over-the-knee boots. She added her own details to the look, including a black tulle skirt that flared out at the sides and a bustier worn under the blazer.

She accessorized the glittering look with fishnet tights worn under the sheer boots, a sleek black top-handle bag, and a red poppy Remembrance Day pin. She also wore her hair back and red lipstick to match the pin. 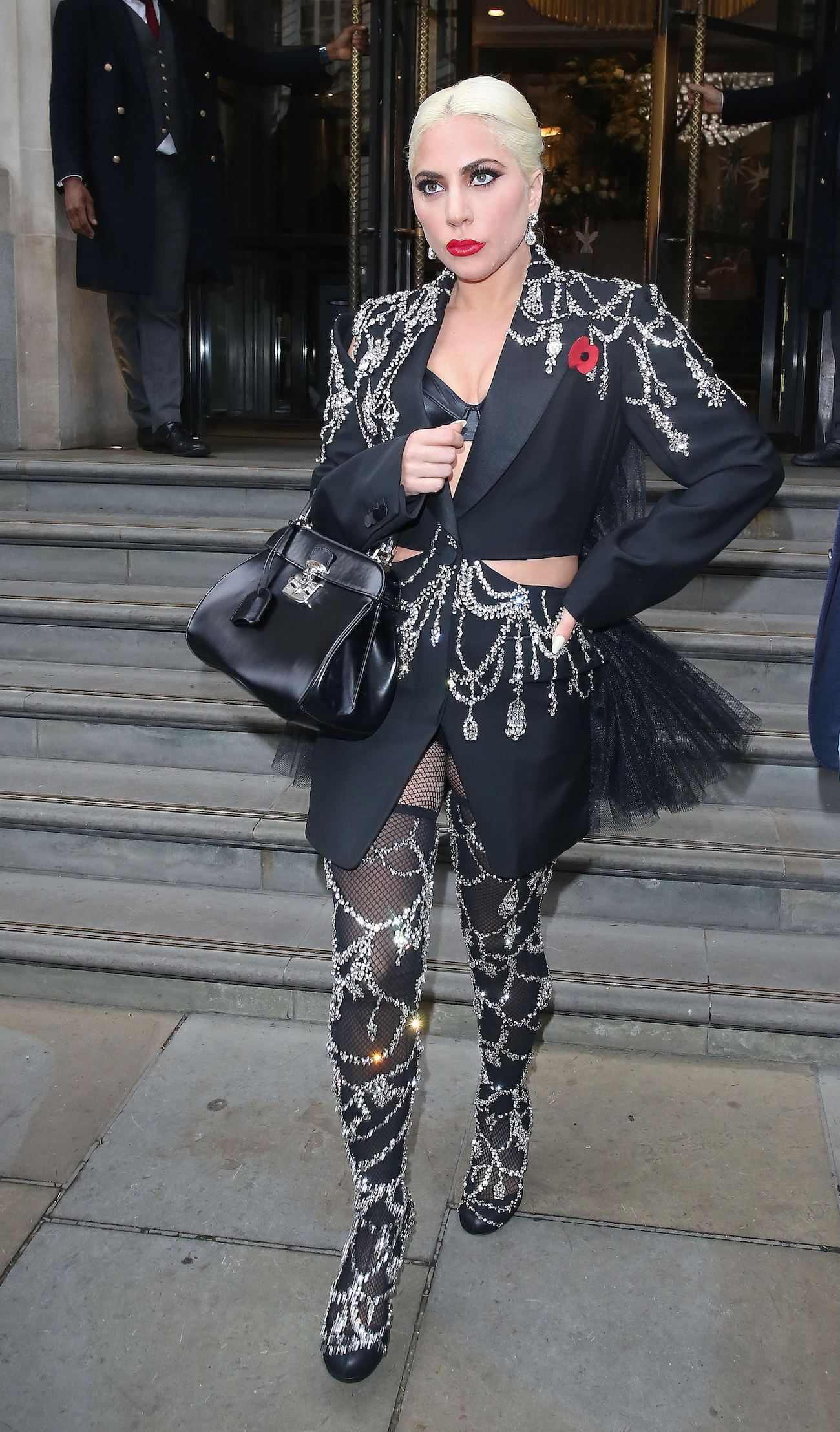 This latest look from the House of Gucci press tour does not disappoint, showing the “Born This Way” singer’s penchant for combining drama and glamour into her red-carpet looks. The pop star made a grand entrance at the film’s London premiere this week, where she wore a violet-hued gown from the brand’s Love Parade fashion show last week in Los Angeles.

She paired the dress with sky-high stiletto platform boots, mesh-knit fishnet stockings, and several stunning Tiffany and Co. jewelry pieces. She also matched her makeup to her gown with a smoky purple eye look. 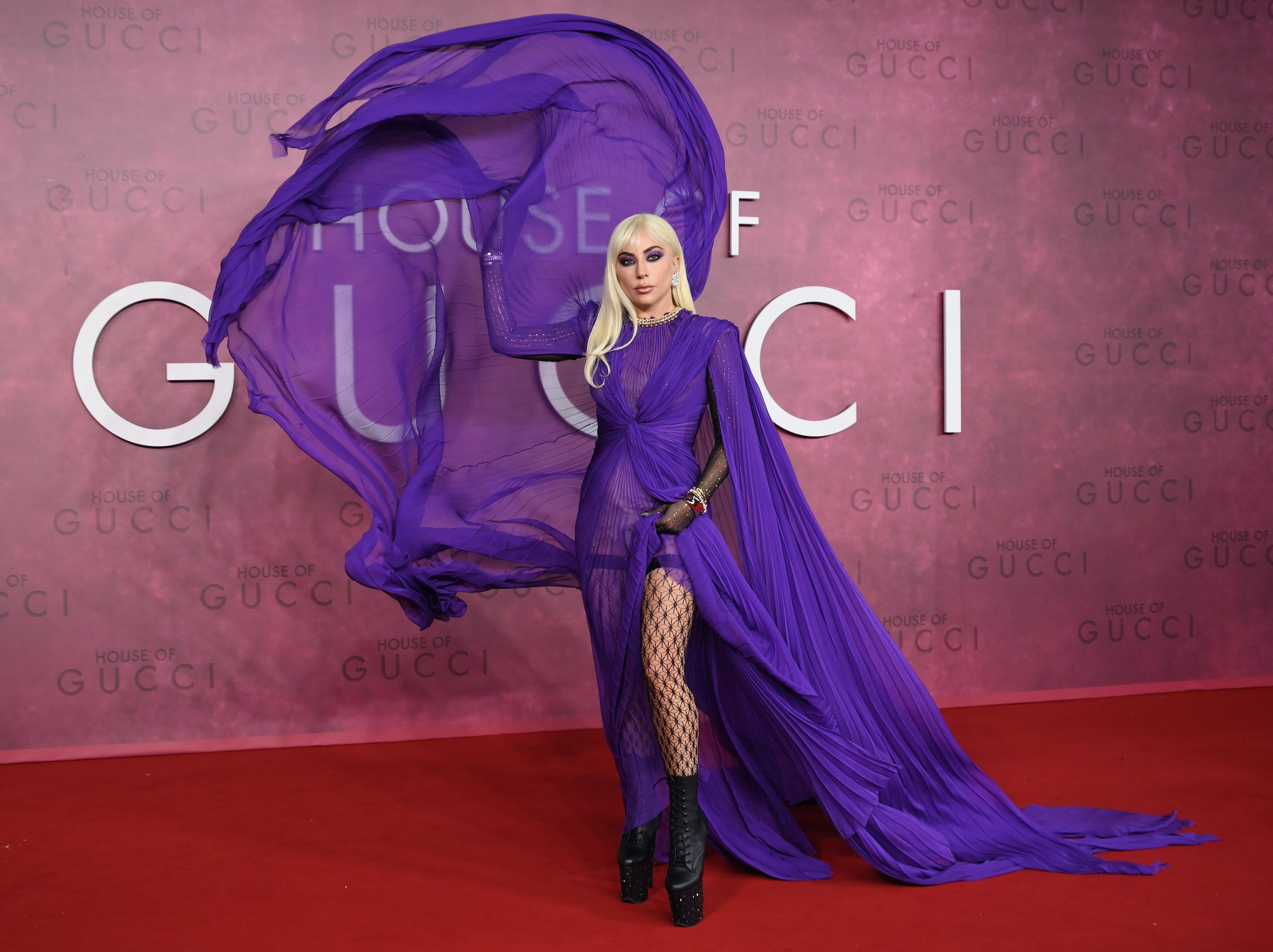 Critics have been raving over Gaga’s performance as Patrizia Reggiani since the film’s premiere. The A Star is Born actor has also shared details of her acting process for the film, revealing that she spoke in an Italian accent for nine months. In an interview with New York Times, she said that she embodied Reggiani’s body language by embodying different animals.

“In some techniques of acting, they call it ‘using the animal,'” she said. “I began as a house cat, which has this kind of alluring quality but also can be a bit aloof,” she said, before adding that the cat became a fox as Reggiani became part of the “family business.”

“Then, when [a Gucci lawyer] comes to my daughter’s school to serve me divorce papers — meaning Maurizio didn’t have the courage to do it himself — I transform from a fox into a panther,” she added. “It’s something that I worked on, studying the panther. What are the ways in which the panther seduces its prey? What are the ways in which the panther is slow before it pounces? What happens when the panther is so enraged with starvation and hunger that it goes into survival mode?”