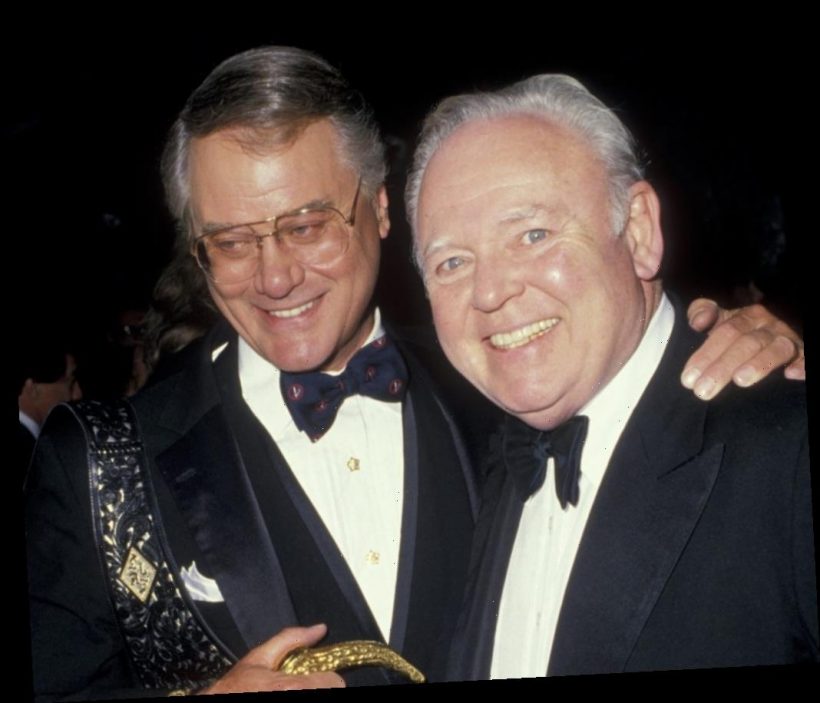 Carroll O’Connor and Larry Hagman both starred in iconic TV shows that were pioneering in their time.

All in the Family, I Dream of Jeannie, and Dallas all became part of pop culture history. And behind the scenes, these two actors looked out for each other. But there was one harrowing incident where Hagman had to help O’Connor calm down.

Years before fans got to know Larry Hagman as Major Nelson on I Dream of Jeannie and J.R. Ewing on Dallas, he worked in theater. All in the Family star Carroll O’Connor certainly didn’t morph into Archie Bunker overnight and like Hagman, he too had a background in theater.

The pair met while working on a stage play together in the late 1950s, according to Hagman’s memoir, Hello Darlin’!: Tall (and Absolutely True) Tales About My Life. From there, they forged a bond that lasted for 40 years. They’d stay at each other’s houses — whether on the East or West Coast — and hung out together with their wives and young children too.

As Hagman and O’Connor grew their careers, they settled in California, with Hagman and his wife eventually buying a home in Malibu after I Dream of Jeannie took off.

Not long after Hagman and his family moved into their new house, Carroll and Nancy O’Connor stopped by for a visit with their 6-year-old son. Hagman’s son Preston was the same age (only days apart) and the two boys played on the beach as the parents chatted.

Hagman recalled that he and O’Connor were sitting in the bulkhead when something terrifying happened.

“I’d just remarked how we were so fortunate to live in a such a safe community when Carroll and I stared in horror as a single-engine, open-cockpit, pre-World War II plane made an emergency landing on the beach, missing our children by not more than five feet,” he wrote. The plane was so close that some sand flew onto their kids.

The two dads sprinted over toward their sons where the plane’s nose was submerged in the sand. The pilot wasn’t hurt but he was belligerent.

“As soon as he saw us, he began yelling that he could’ve made a perfect landing if he hadn’t had to pull up and bounce over ‘the two little bastards playing in the sand.’ I had to physically restrain Carroll from attacking the guy and beating him into a bloody pulp,” Hagman recollected.

Hagman remained in the community for years

Even after that scary event, Hagman and his wife Maj continued to live in that Malibu neighborhood. Years later, they designed and constructed a new home in Ojai, California and moved there.

Following his recovery from his liver transplant, Hagman and his wife stayed in one of O’Connor’s homes since it was close to a hospital. Their friendship endured up until O’Connor’s death, and Hagman always considered his old buddy as a mentor.