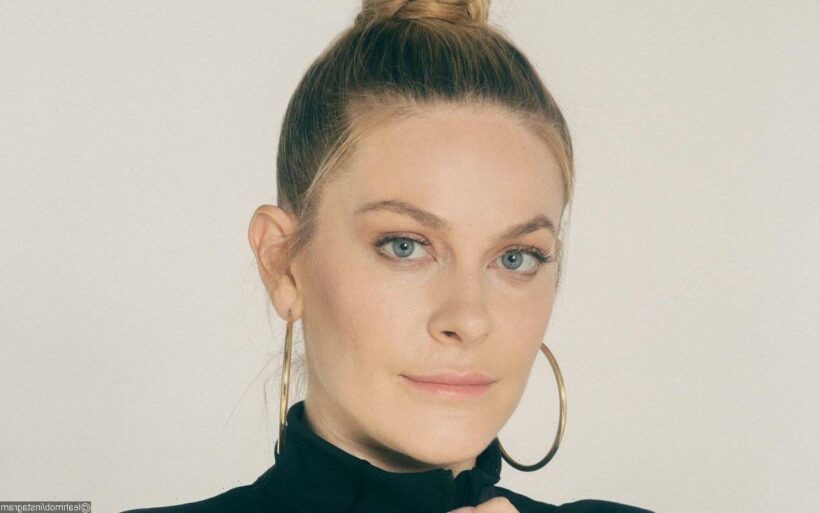 After a critic brands her conversion following a ‘trend,’ the ‘Real Housewives of New York City’ star makes it clear that ‘converting and studying Kabbalah are very different.’

AceShowbiz –Leah McSweeney isn’t here for negative comments about her religious belief. Having found her conversion to Judaism was described as following a “trend” by a social media user, “The Real Housewives of New York City” star was quick to call out the “dumb” troll.

The 38-year-old slammed the hater via Instagram Story on Wednesday, May 5. Sharing the troll’s critique, she first argued, “Ok I’m not going to respond to every dumb thing people have to say regarding my conversion but this is so ignorant I must.”

“Converting and studying Kabbalah are very different,” the fashion designer, who was raised in an Irish-Italian Catholic household, continued. “And to compare my conversion and refer to it as a ‘trend’ is highly dumb AF and offensive.”

Leah’s arguments came after the critic put out a picture of the reality star and penned, “I hope she finds what she’s looking for.” The individual added, “But this kinda reminds me of when celebrities got into Kabbalah as a cool trend.” 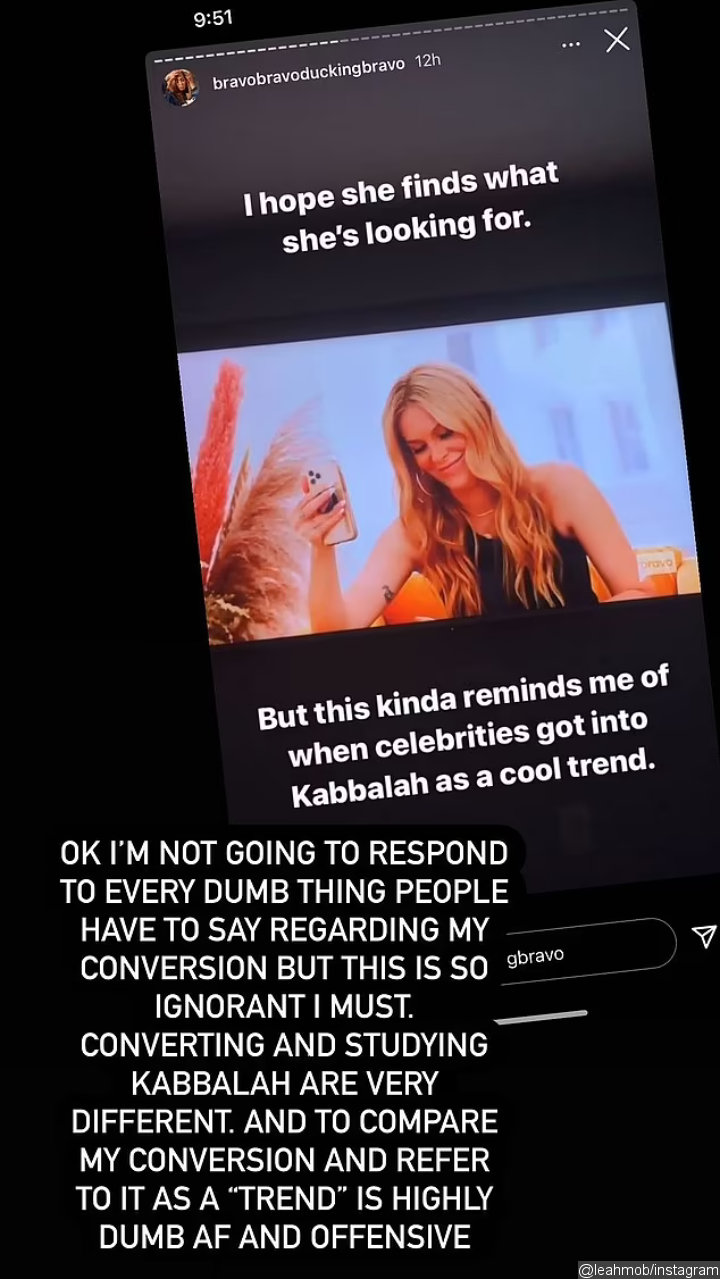 Leah opened up about her conversion in the 13th season premiere of “RHONY”, which was aired on Tuesday, May 4 on Bravo. “I’ve been thinking about converting to Judaism for many, many years,” she first divulged in a confessional.

“Then when COVID hit, I was having, I would say, the only period of my life where I felt very disconnected from a god,” the TV personality went on explaining. “I quit drinking again and I got a very deep calling to convert to Judaism.”

“I’m attracted to the challenge. I think I’m attracted to all the rules and the rituals and the prayers,” the Married to the Mob founder further spilled. “And look, it’s not like I’m going to convert and like, that’s it! I’m a Jew! The conversion is the beginning for me.”

Leah then noted that “just because [she’s] converting to Judaism doesn’t mean [she’s] going to be the perfect Jew.” She added, “I’m not telling my [Orthodox] rabbi this, but this is about progress, not perfection. Me converting is the beginning of like a very long spiritual journey.”

Since beginning her conversion process, Leah has already publicly-observed Jewish holidays such as Shabbat, Yom Kippur and Hanukkah.