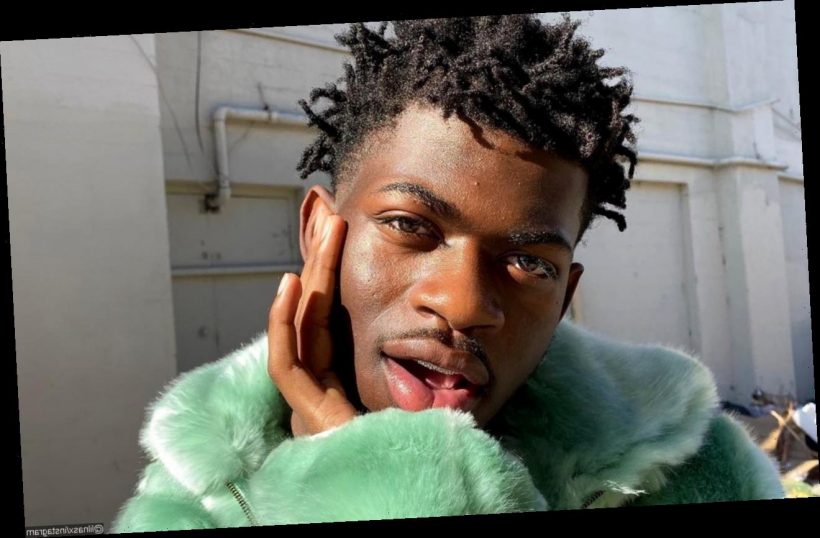 In one of his tweets, the ‘MONTERO (Call Me By Your Name)’ musician also defends himself over the copyright issues, writing, ‘people make customs all the time, it’s never been a problem.’

AceShowbiz -The beef between Lil Nas X and Nike over the rapper’s “Satan Shoes” continues. The “Old Town Road” hitmaker took to his Twitter account on Thursday, April 1 to express his frustration after the apparel company successfully got a judge to halt the sale of his “Satan Shoes”.

“i haven’t been upset until today, i feel like it’s f***ed up they have so much power they can get shoes cancelled,” the Grammy-winning musician wrote to his followers on the blue bird app. “freedom of expression gone out of the window. but that’s gonna change soon.”

In another tweet, Lil Nas X defended himself over the copyright issues. “You ripped off their design and logo. Everyone knows that’s illegal. Someone as supposedly creative as you should have known better and designed your own shoe,” one fan wrote to the rapper, who later responded, “people make customs all the time, it’s never been a problem. nike only stopped the sell of the shoe because a powerful group of people pushed them to do so.”

Some Internet users appeared to be not supportive of the rapper this time. “I mean that’s what happens when you put a negative image on a very very very popular brand,” one person wrote in an Instagram comment. “Boy u actually thought you’d get away with that lmao ?” another user wondered.

“Dude when ppl sell customs they sell them under the radar he went worldwide with his joints,” one user pointed out, while someone else argued, “Other people’s custom designs also don’t bring about a bad image to the company…especially on a public level.” One person also wrote that Lil Nas X’s situation wasn’t simply making a custom design for a shoe, saying, “Selling them for $1,000 talking bout ‘they just some customs.’ “

Meanwhile, one other believed that the rapper had a hidden agenda with the “Satan Shoes”. “The fact that he’s getting mad about this shows that this was never about trolling. He was trying to push an evil agenda and he’s upset because he can no longer do so,” the person assumed.

A few days after Nike filed a copyright infringement lawsuit against MSCHF that collaborated with the “MONTERO (Call Me By Your Name)” artist, a judge granted the shoe giant’s request to stop production of the controversial sneakers. Eastern District of New York reportedly issued a temporary restraining order to prohibit the Brooklyn-based company from fulfilling any orders for “Satan Shoes”, noting in the court documents that the company cannot use Nike “swish” logo “or any mark that is confusingly similar” to Nike’s.