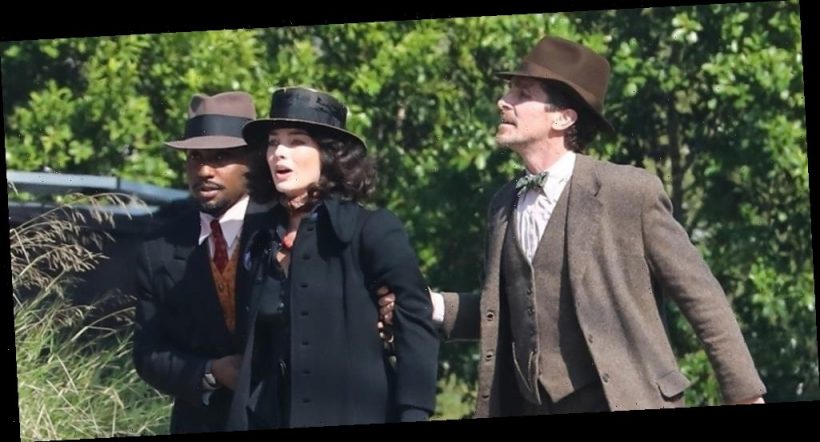 Christian Bale and John David Washington hold onto Margot Robbie while filming a sequence of scenes for the David O. Russell movie in Los Angeles on Monday (February 8).

The trio of actors were seen in long trench coats and hats while walking down the street together, and the movie is looking to be in another era.

Christian was spotted with a manila folder in one hand and Margot also tried to escape the two at one moment in the scene.

Not much is known at all about the project, other than it being called an Untitled David O. Russell Film.

All we actually know is that it is “based on an original idea” and on top of Margot, Christian and John David, it will also star a handful of A-list stars.

Find out three more big names who are set to appear in the film here!