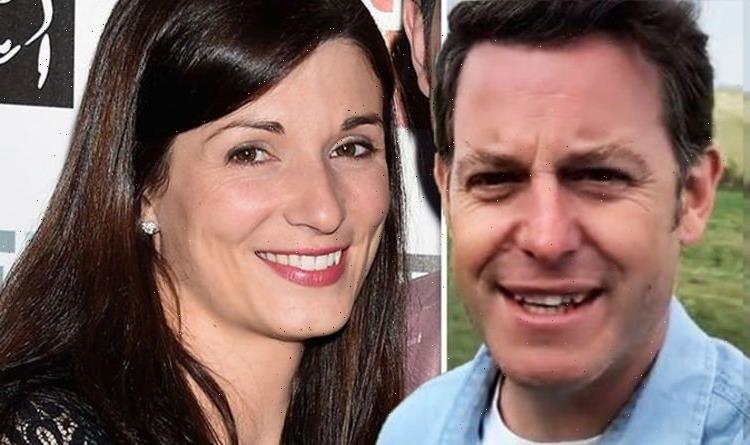 Countryfile presenter Matt Baker has spoken about leaving the running of his Durham Dales farm to his wife Nicola as he takes part in a challenge for Children in Need. Speaking exclusively to Express.co.uk, the Our Farm In The Dales star, 43, told how he was taking part in The Great Rickshaw Relay Challenge for Children in Need while opening up on who takes over farming responsibilities in his absence.

It was the best day of my life when I met Nicola, there’s no doubt

Speaking about taking part in the Rickshaw Challenge, the former Blue Peter presenter told how it’s an incredibly important part of his life.

Addressing the event, Matt said: “I do this every year and it is incredibly emotional.

“But again it’s so uplifting as well you know, the challenges that these young riders have come up against in their life.

“To watch and to be able to do this and have this opportunity to do their bit to raise awareness for those young people that are in the position they used to be in, they then got that help from Children in Need,” he explained.

However, while away raising money for charity, Matt told how he left his Durham Dales farm to be run by the women in his family.

Speaking about his wife, Nicola, he said: “She is incredible, she’s so organised, she is the most amazing person, there’s no doubt about it.

“I’m so fortunate, it was the best day of my life when I met Nicola, there’s no doubt about that,” Matt gushed.

But the BBC star also told how his mum Janice plays a pivotal part in running the Durham Dales-based farm.

He explained: “As far as the farm is concerned, my mum is the driving force, she’s always the shepherdess, she’s an incredible shepherdess, my mum.

“It’s great to have such a capable family, that’s the world I’ve grown up in, it’s kind of all I’ve known really,” he went on.

With the challenge ending in Edinburgh, Matt revealed that he was heading straight back to the farm to work on the Christmas special.

Confirming the show’s festive episodes, he said: “We started filming it, which is funny, doing a Christmas special in October.

“But needs must, we’re actually editing that at the moment.”

The TV told how he’s a lot more involved in the show than just fronting it.

He went on: “I produce and I direct that show as well, so it’s a busy time but I wouldn’t have it any other way.

“It’s my family, it’s my home, so to be across every single inch of it is very important to me,” he added.

This year saw Matt take on a relay-style rickshaw ride in five legs with a rider taking on each leg as part of The Great Rickshaw Challenge for Children in Need.

Travelling through places that hold special significance for them, Matt went around the country with each of the five riders in the rickshaw, passing the “baton” in between each one.

Speaking about taking part in the challenge, Matt said: “It’s been a big part of my life over the last 10 years and I’m over the moon we’ve managed to find a way of it happening again and show viewers how their donations help change young lives.”

The Great Rickshaw Relay Challenge for BBC Children in Need airs at 7.30pm on BBC One on Wednesday night.

Countryfile is on at 5.05pm on BBC One tonight.