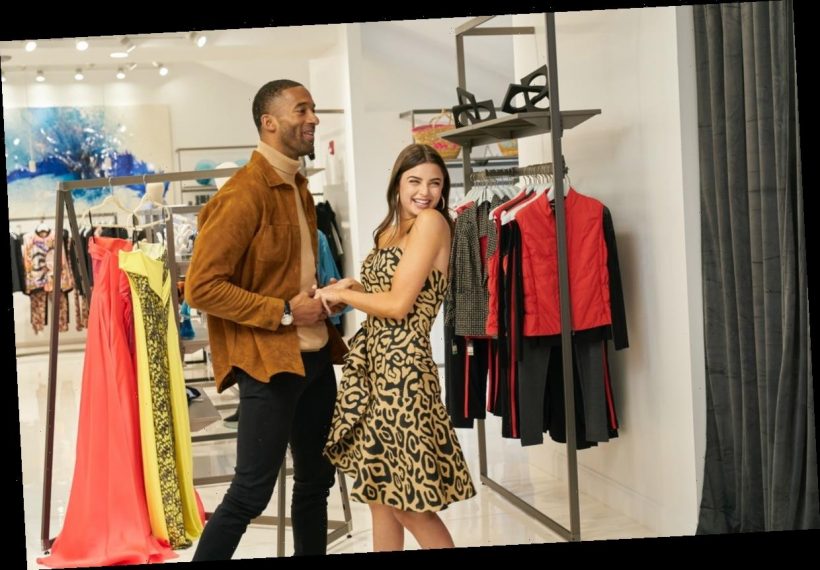 Matt James’ Bachelor season has no shortage of petty drama, but offscreen, it’s much more serious. After multiple claims of racism were made against current contestant Rachael Kirkconnell, longtime host Chris Harrison’s handling of the situation led to a larger conversation calling for change in Bachelor Nation. Now, Matt James’ Instagram story about the Bachelor racism controversy adds his voice to the discourse.

Kirkconnell has emerged as a frontrunner in James’ season. In the Feb. 1 episode, she and James even admitted they were falling in love with each other. But troubling claims about her past began appearing on TikTok in January. The controversy surrounding her grew exponentially on Feb. 5, when photos surfaced of her at an "Old South" plantation-themed fraternity party in 2018. On Feb. 11, Kirkconnell released a statement apologizing for her offensive and racist past actions, writing, "I don’t think one apology earns your forgiveness, but rather I hope I can earn your forgiveness through my future actions."

However, before Kirkconnell’s apology, Harrison appeared on Extra on Feb. 9 and talked to former Bachelorette Rachel Lindsay about the claims. After Harrison asked fans and Lindsay to give Kirkconnell "a little grace" given that she hadn’t yet addressed the controversy, he dismissed several of Lindsay’s comments about racism and blamed 2021’s "woke police" for the backlash against Kirkconnell. (Harrison apologized for the interview in an Instagram post on Feb. 10.)

On Feb. 12, James took to Instagram to briefly address the situation. Reposting Lindsay’s latest Instagram (a pic of her meditating alongside a caption of the serenity prayer) to his Instagram story, he wrote: “I am beyond grateful to have Rachel as a mentor during this season. Your advocacy of BIPOC people in the franchise is invaluable, I stand with you and the rest of the women advocating for change and accountability.”

James’ statement as the first-ever Black Bachelor is much more succinct than that of his fellow Bachelor Nation stars. In fact, 25 women from James’ season issued a joint statement on Feb. 11 with a pointed message. "We are deeply disappointed and want to make it clear that we denounce any defense of racism," their statement read. "Any defense of racist behavior denies the lived and continued experiences of BIPOC individuals. These experiences are not to be exploited or tokenized." The contestants also emphasized that they stand with Lindsay and "advocate for change alongside her."

It’s unclear whether James will further address the issue — or exactly how big a role Kirkconnell will play in the remainder of his season — but hopefully the controversy leads to much-needed change within the franchise.