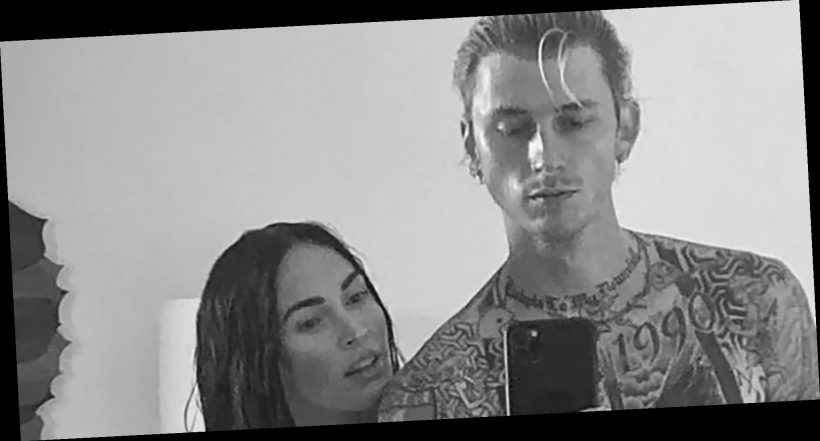 Megan Fox is reportedly ready to move on. The actress is looking to finalize her divorce from ex-husband, actor Brian Austin Green, in order to take the next steps with Machine Gun Kelly, whom she considers her "soulmate," according to E! News.

And while the Transformers actress is eager to get this process finished quickly, a source told E! News that her husband of nine years isn't helping to move the divorce along.

"Brian is definitely not making it easy or doing things quickly," the source said. "Megan would like to wrap it up and get it finished as quickly as possible, but Brian is not exactly working with her on that."

Green and Fox have requested physical and legal joint custody of their three children Journey, Bodhi, and Noah, but Fox is also requesting termination of spousal support.

Fox is looking to finalize the divorce so she and MGK can move their relationship along. The insider also told E! News that she is "very serious with MGK and sees him as her soulmate and life partner."

"They plan to be together forever," the source said. "She wants the divorce to be done with so she can move on and move ahead."

Just this past weekend, the two showed off some PDA as they entered NBC Studios ahead of MGK's SNL performance. As they got out of the car, he carried her into the building with a crowd of onlookers. And on Thursday, Jan, 28, Fox was spotted with a massive ring on that finger, causing engagement speculation.

MGK (whose given name is Colson Baker) has been rather vocal about his plans for a future together. Just last month, a source told Entertainment Tonight that Baker "totally sees marriage in his future with Megan and friends could 100 percent see them getting engaged within the next year." Fox, on the other hand, isn't as forthcoming. "Megan doesn't think about getting engaged [or] married and she doesn't put a timeline in place and it's not something that really crosses her mind," the source added.

Fox also seemingly shut down engagement rumors with an Instagram story where she replaced the diamond ring with a "F— You" ring.