Abigail Spencer reflected on her 14 years relationship with Meghan Markle, writing her ‘Suits’ co-star is ‘real friend’ who works tirelessly as reports of bullying allegations have surfaced.

Abigail Spencer, 39, is the latest close friend of Meghan Markle, also 39, to come to her defense in light of bullying allegations. The two women co-starred on legal drama Suits from 2011 – 2018, becoming fast friends while working on the USA Network drama. “This is the person I’ve known the past fourteen years. I am extremely private about my friendship with Meg. I’m not here to tell you her story. That’s for her,” Abigail wrote in her lengthy Instagram post, shared on Friday, Mar. 5. “So why am I writing this now? I felt drawn – in all this melee, with all the untruths swirling around – to present something real. From a real friend. About a real friend,” she explained.

“There are some people who are so bright and exude such deep purpose that they change the molecules in the air simply through their being. She was all of this from the moment I met her fourteen years go. And remains so to this day,” the Florida native reflected, praising Meghan’s authenticity. “Meg walks the walk. She’s a doer. In the face of darkness, she shows up in light and in love. When they go low, she goes high. Again and again. She works tirelessly – and often quietly – for the causes she believes in,” she said.

Abigail was one of many of Meghan’s close friends to attend her high profile wedding to Prince Harry, 36, in 2018. Suits cast members Patrick J. Adams,  Gina Torres, Sarah Rafferty, Gabriel Macht, and Rick Hoffman were also in attendance at Windsor Castle’s St George’s Chapel. “She and Harry are an incredible team. They are dedicating their lives to lifting up and amplifying those who do not have a voice for themselves,” the Grey’s Anatomy actress wrote, reflecting on a moment Meghan met a little girl at a charity event for mental health organization Sentebale. 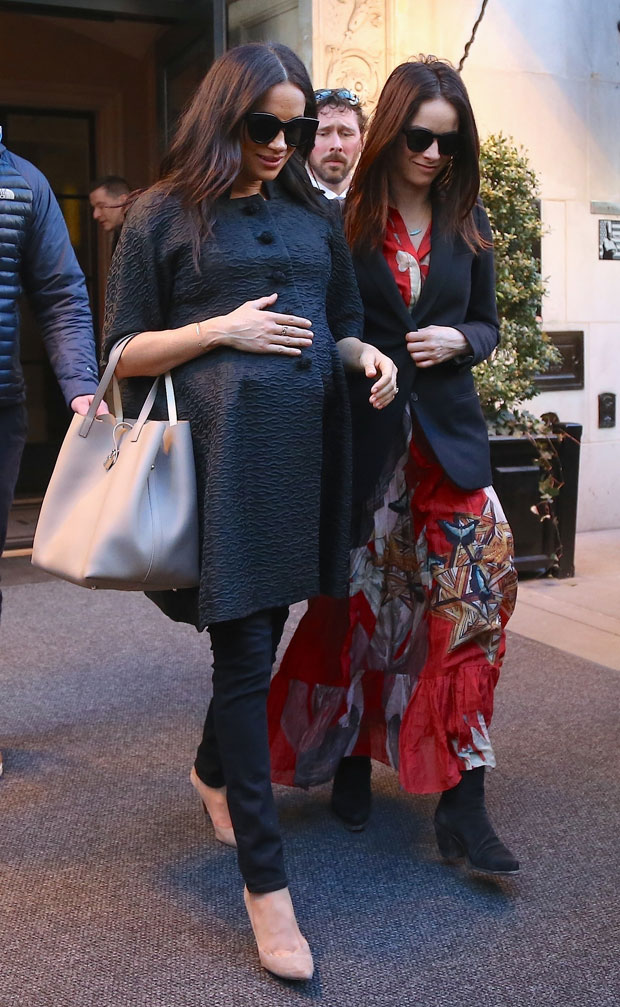 “I could tell that that little girl saw herself in Meghan,” Abigail remembered, noting no photographers were present. “Meghan told her that she could be anything she wanted to be and do anything she wanted with her life. She hugged her and the little girl went skipping back to her family.” While Harry’s royal patronages are coming to an end as he and Meghan have “stepped down” from their official duties, the African charity has publicly confirmed Harry will stay involved in a private capacity. Of note, Harry co-founded the charity in 2006 to help children living with HIV and AIDS in Lesotho.

“She’s what I’d call ‘an on-call friend.’ At the ready. She’s modeled nothing but generous professionalism on sets and an even more generous friendship in private,” Abigail wrote of Meghan. “I’ve learned so much from Meg. The power of a handwritten note. The loveliness of surprise flowers. That she has a perpetual rolodex in her brain of recommendations for the heart, soul, & body,” she penned, confessing Meghan was “there” for her during her “darkest hours” after the death of her dad. “She’s taken my son in as her own. I can’t tell you the value of having another working mother I can lean on when with the pressures of visibility & child-rearing woes become overwhelming. She’s always been a safe harbor for me, someone I can fall apart in front of… and with. And I have.”

Abigail’s powerful statement comes after longtime friends Jessica Mulroney and Suits co-star Patrick J. Adams also penned a message of support. In Patrick’s lengthy post, also shared to Instagram, he dubbed the British Royal Family as “toxic” and “archaic” as allegations of bullying surfaced. Meghan is being accused of driving two senior staff members out of her Kensington Palace residence through bullying, which the actress has since denied. “The Duchess is saddened by this latest attack on her character, particularly as someone who has been the target of bullying herself and is deeply committed to supporting those who have experienced pain and trauma,” a statement from Meghan tweeted by Omid Scobie read. “She is determined to continue her work building compassion around the world and will keep striving to set an example for doing what is right and doing what is good.”

The bullying accusations surfaced just days before Meghan’s bombshell interview with Oprah Winfrey airs on CBS on Sunday, Mar. 7. “I don’t know how they could expect that after all of this time, we would still just be silent if there is an active role that the firm is playing in perpetuating falsehoods about us,” she said in a preview clip to Oprah. “And if that comes with risk of losing things — I mean, there’s a lot that’s been lost already,” she added.