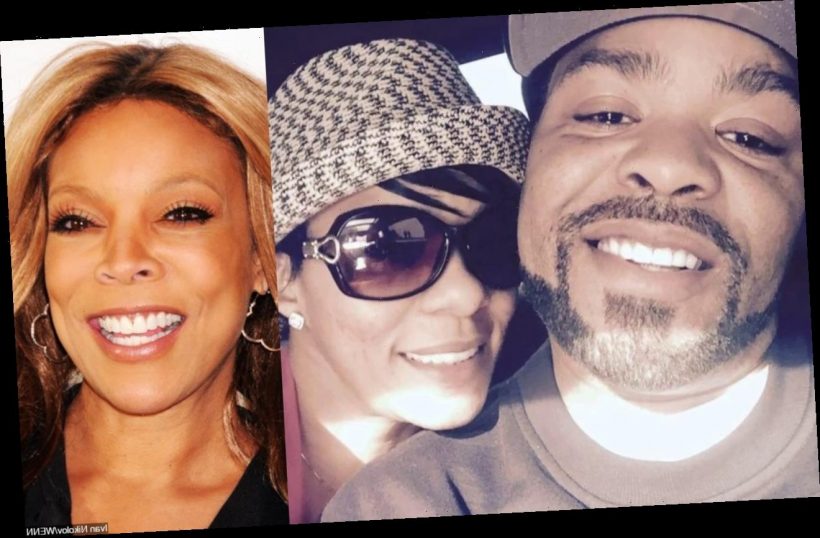 Meanwhile, hip-hop legend Eric B. has hilariously clapped back at Wendy after the latter alleged in her Lifetime biopic that she used to rent cars for him during their relationship.

AceShowbiz –Method Man‘s wife Tamika Smith has broken her silence following Wendy Williams‘ claims about having a one-night stand with the rapper. In a lengthy message on Instagram Story on February 1, Tamika ripped the TV host for targeting her family to save her “burnt out career.”

“For years, I kept my silence while Wendy Williams launched constant verbal attacks against my husband, myself, and our family,” Tamika began. “In the past, I ignored her lies, innuendos and blatant attempts to provoke us. But Wendy has proven again and again that she is incapable of any decency. Her obsession with our lives has reached a new low. And I’m tired of taking the high road.”

She went on writing, “In an obvious attempt to increase ratings for her sad biopic, her struggling TV show, and her burnt out career, Wendy has once again targeted my husband. It’s a pattern that she has repeated for years.” Tamika then talked about when Wendy disclosed her cancer diagnosis years ago, “violating my right to privacy,” and “she never apologized, never expressed any regret whatsoever.”

Not mincing her words, she blasted Wendy, “It was clear that she was sick, and that she was struggling with a lot of issues including self-hate and low self-esteem. Over the years, those issues have made her increasingly ugly, both inside and out. And no amount of plastic surgery can fix the ugliness inside of her. Instead of using her platform to uplift women, she has spent her career attacking marriages while her own fell apart. She criticized celebrities battling addictions despite her own struggles with substance abuse. There’s no limit to how low she will go in the name of making headlines.”

“Her career is on life support, her husband has abandoned her, and the ratings for all of her projects are down. She’s desperate for attention, and is trying to use my husband’s popularity as a way to get her name trending,” Tamika added. Concluding her post, Tamika shared that her “marriage is solid, my husband continues to enjoy a successful career, and Wendy will forever be one of the most miserable b***hes on the planet.”

Tamika wasn’t the only one who had responded to Wendy’s recent headline-making claims. Eric B. hilariously clapped back at Wendy after the latter alleged in her Lifetime biopic that she used to rent cars for him during their relationship because he didn’t have one.

Shutting down the claims, the hip-hop legend posted on Instagram a throwback picture of himself next to a car with the plate reading, “Eric B.” He playfully wrote, “Damn I need a rental,” over the snap. “To hilarious I laughed to well it made for great Tv But the truth is something different Try that !!!!!!!” so Eric said in the caption.

In addition to that, Wendy also claimed that the rapper got her pregnant, but she later had to get an abortion after their split. “Our relationship, I mean if you could call it that, didn’t even last a year… When it was all over, my credit was ruined – and I was growing his seed,” she said. “I went alone and I went in secret… I didn’t tell him or anyone else. It was one of the loneliest experiences of my life.”