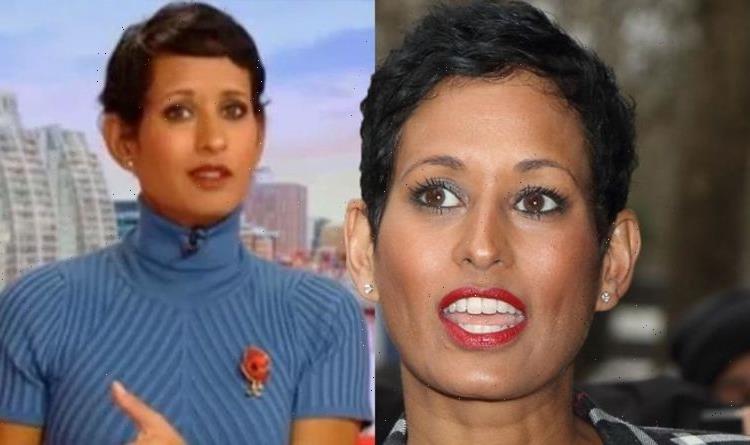 Naga Munchetty, 46, has asked her Twitter followers for help after her colleague Rory Cellan-Jones’ dog was stolen. The BBC Breakfast presenter has called out the “disgusting thieves” in a bid to help her colleague.

Naga’s colleague Rory tweeted in a bid for help: “Something terrible has happened.

“Our dog walker’s van with our dog Cabbage in it has been stolen while he was picking up another pet.

He continued: “Take a photo and DM me or just ring the police.”

In anger, Naga quickly retweeted the message in view of her 262,200 followers along with a message.

She said: “Can anyone near Ealing help @ruskin147 with this?

Rory’s original message was met with plenty of help from the public, along with pictures of the dog to help the community find him.

MariannaSpring said: “Really hope Cabbage is found as soon as possible – so sorry to hear this!”

“Hopefully they only want the van and the dogs will be left in a safe place and be found and returned.

“Fingers crossed for you all.”

Naga has presented with the BBC since 2010, when she began fronting the early morning bulletins on the BBC News Channel and BBC World News.

She is now a regular presenter on BBC One’s Breakfast Show.

Naga did have a small break from the breakfast show as she temporarily provided cover for Newsnight.

From January this year she became the presenter on the 10am to 1pm Radio 5 programme replacing Emma Barnett from Mondays to Wednesdays.

Naga is also known for taking part in the fourteenth series of Strictly Come Dancing. She was partnered with Pasha Kovalev but was voted out in Week Four.

In her spare time, Naga plays golf, securing a handicap of nine in 2015.

She is married to ITV broadcast consultant James Haggar.