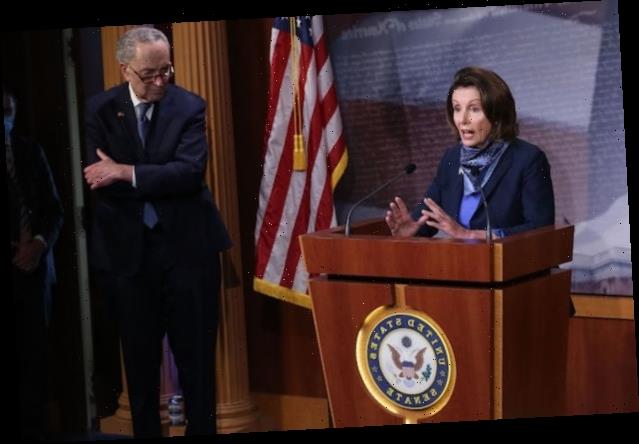 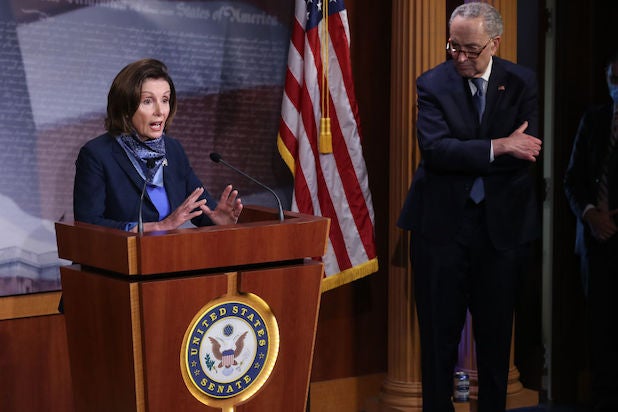 House Speaker Nancy Pelosi joined Sen. Chuck Schumer calls for President Donald Trump to be removed from office Thursday, either through invocation of the 25th Amendment or a second impeachment. Rep. Ilhan Omar, a fellow Democrat, produced articles of impeachment Thursday, as well.

“I join the Senate Democratic leader in calling on the vice president to remove this president by immediately invoking the 25th Amendment,” Pelosi said in a Thursday news conference. “If the vice president and the Cabinet do not act, the Congress may be prepared to move forward with impeachment that is the overwhelming sentiment of my caucus and the American people.”

“The quickest and most effective way–it can be done today–to remove this president from office would be for the Vice President to immediately invoke the 25th amendment,” Schumer tweeted. “If the Vice President and the Cabinet refuse to stand up, Congress must reconvene to impeach President Trump.”

Schumer explained his reasoning by citing Wednesday’s violent riots in the Capitol, carried out by a group of Trump’s supporters: “What happened at the U.S. Capitol yesterday was an insurrection against the United States, incited by President Trump. This president must not hold office one day longer.”

Following Wednesday’s unprecedented rioting, a growing number of people, both Democrats and Republicans, began calling for the president to be removed from office.

While the calls have mainly come from Democratic circles, even prominent Republicans are beginning to demand Trump leave office two weeks before President-elect Joe Biden is sworn in. Most notably, Vermont’s Republican Governor Phil Scott has demanded Trump either resign or be removed by force from the presidency.