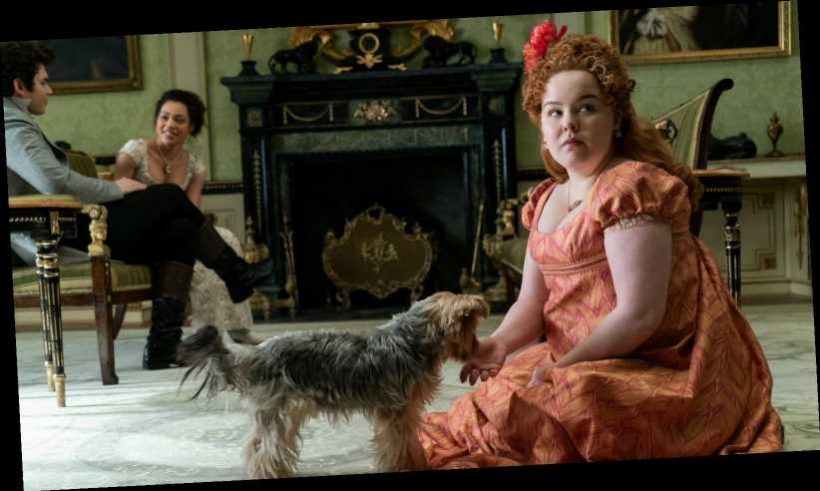 Bridgerton, the Shonda Rhimes show about love and high society in Regency-era England, has taken the world by storm since dropping on Christmas Day. Netflix posted on Twitter, “In its first four weeks, Bridgerton is projected to court more than 63 million households, which would make it Netflix’s fifth biggest original series launched to date.”

And one of its stars, Nicola Coughlan, who plays Penelope Featherington, sees the stat as validation for the show’s diverse casting. She retweeted the tweet and added, “You know the way some people were like ‘Diversity in period drama doesn’t work’….63 million households thought it did tho so.” She also followed up with the tweet, “Remember people were trying to downvote the show on IMDB cos it was so diverse? You can’t downvote us being Netflix fifth biggest original release ever.”

And fans loved her for it. One replied, “Absolutely!! And not just diversity for the sake of diversity, or diversity but with very limited storylines or characters for any POC. What a breath of fresh air! #Bridgerton,” and another wrote, “It a beautiful and necessary that people are given a voice and representation. Everyone should be given dignity or no one will have any.”

Oftentimes, period pieces are cast with predominantly white actors at the center (via Think | NBC News), but in this frothy romance, based on a series of novels by Julia Quinn, plenty of the characters are people of color. One of those characters is Queen Charlotte, who in real life may have been Black.

This in part inspired the decision to make the show diverse; showrunner Chris Van Dusen told Collider, “…working closely with historians, I learned this really fascinating fact that, Queen Charlotte was England’s first queen of mixed race. […]And, it’s something that really resonated with me, because it made me wonder what could that have really looked like. And, what would have happened? What could she have done? Could the queen have elevated other people of color in society and granted them titles, and lands and dukedoms? And, that’s really how our Simon Bassett, our Duke of Hastings, came to be.”

And for those who, like Nicola Coughlan called out in her tweets, might gripe that it’s not historically accurate to show a large number of people of color in positions of royalty and power in England in 1813, the romantic drama isn’t claiming to be completely historically accurate. After all, they do include string quartet versions of Ariana Grande’s “thank u, next” and Taylor Swift’s “Wildest Dreams.”