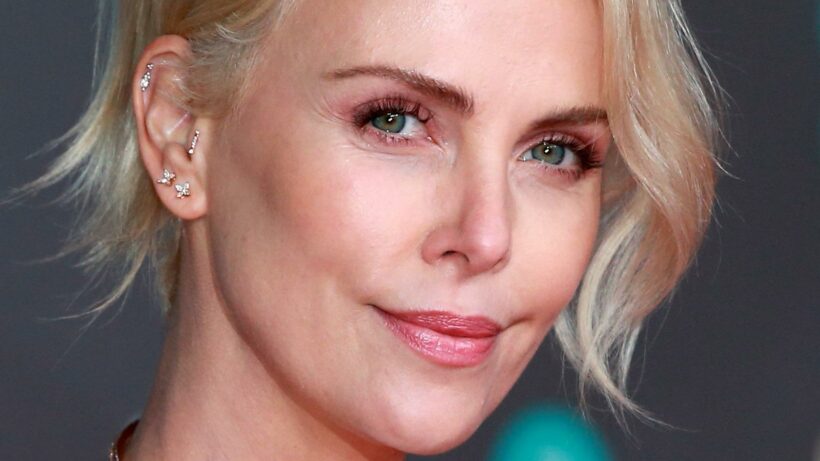 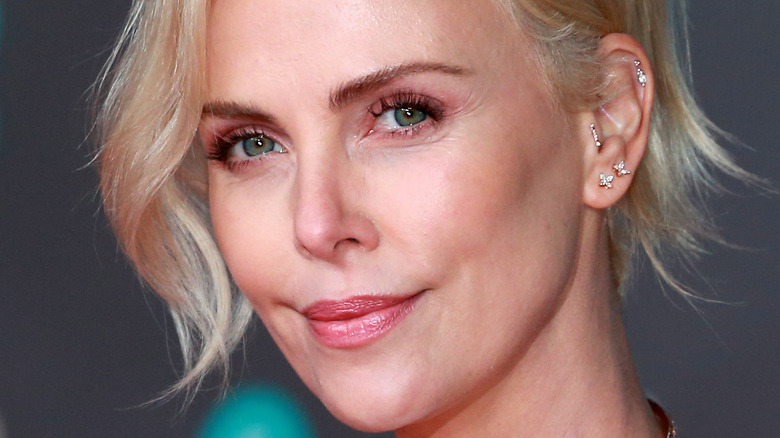 At 46 years old, Charlize Theron continues to age like a fine wine. Known for her Oscar-winning performance as a real-life serial killer in the 2003 flick “Monster,” the South-African-born dancer-turned-actress has been a mainstay in Hollywood for decades (via Britannica).

Although she has frequently changed up her looks for roles — most notably when she gained around 30 pounds for the aforementioned film, per Britannica — she has a striking natural beauty that cannot be covered up, and her keen fashion sense follows suit. Among Vogue’s list of Theron’s best looks over the years is the unforgettable transparent black dress she wore back in 1997 to the premiere of “Mad City,” as well as the custom sunshine-drenched Dior gown she wore to the premiere of “Mad Max: Fury Road” at the Cannes Festival.

The actress is also known to rock a black blazer on more than one occasion. For amfAR’s Inspiration Gala, she donned a sleek Dior blazer rolled up at the cuffs, but she went with a Saint Laurent jacket for the premiere of “The Huntsman: Winter’s War.” Clearly, Theron churns out more show-stopping looks than perhaps any other actress, but there’s one red carpet look that stands above the rest. 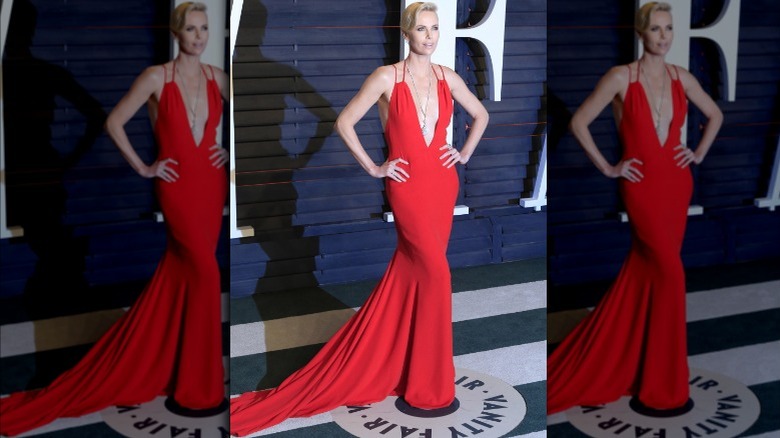 When attending the 2016 Oscars, Charlize Theron wore a floor-length crimson Dior gown that simply stunned on the red carpet (via Vogue). The oh-so-flattering dress had an extreme v-neck and unique straps and backing. She completed the look with Jimmy Choo shoes and Harry Winston jewelry, including a massive and shimmering statement necklace. Her hair was swooped back into one of her go-to old Hollywood styles, and her gold-toned makeup was left understated in order to let the dress do its thing. All together, this look is certainly one for the ages.

If you’re still one of the people living in the Stone Age who actually watch cable and endures commercials, you probably won’t be all that surprised that the winning look — along with many of the runner-ups — is designed by Dior. That’s because Charlize Theron has had a long-time partnership with the luxury firm, per TheThings. Seeing as the partnership has lasted 16 years and counting, it’s likely you won’t stop seeing her donning jaw-dropping custom gowns by the designer any time soon. (Lucky us!)