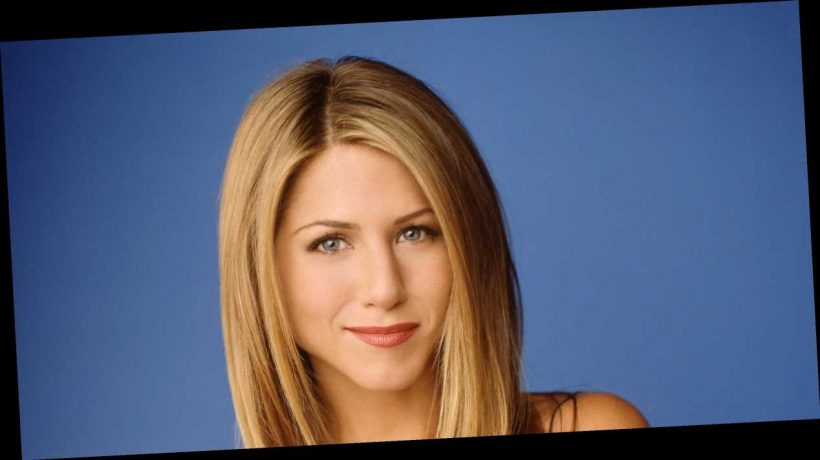 Jennifer Aniston has long been one of Hollywood’s most beloved A-listers. In honor of her 52nd birthday on Feb. 11, 2021, Wonderwall.com is taking a look at our favorite vintage photos of the Emmy-, SAG Award- and Golden Globe-winning actress… Jen is seen here in an old promo shot for her hit sitcom “Friends.” With her layered locks, Rachel Green was always Central Perk’s most stylish customer! Keep reading for more nostalgia-inducing photos of Jen…

After two prior nominations, Jennifer Aniston became a first-time Emmy Award winner in 2002! She stunned in this pale pink gown and wavy locks when she took home the outstanding lead actress in a comedy series prize for her portrayal of Rachel Green on “Friends.”

RELATED: How celebs met their partners, spouses and significant others

RELATED: Celebs who are expecting babies

Three years after making her debut on “Friends,” Jennifer Aniston starred in the 1997 romantic comedy “Picture Perfect.” She played Kate Mosley, a 20-something advertising executive who pretends to be engaged to a man she barely knows (Jay Mohr) in an effort to impress her boss.

Jennifer Aniston took her talents to the “Saturday Night Live” stage in January 2004. This marked her second time hosting the hit sketch-comedy show — she first hosted “SNL” back in 1999.

Oh-so ’90s! Jennifer Aniston is seen here at the New York City premiere of 1998’s “The Object of My Affection,” in which she starred alongside Paul Rudd. She looked sleek and sexy in a strapless black midi-length dress and strappy heels.

At the 2003 Golden Globe Awards, Jennifer Aniston won the trophy for best actress in a television series or comedy for “Friends.” We loved her black beaded halter!

Smart and chic! Jennifer Aniston is seen here during the Ninth Annual GLAAD Media Awards in 1998. From her sleek ponytail to her oval glasses, she served us major ’90s vibes.

If there’s one character from “Friends” we can’t help but adore, it’s Rachel Green! Jennifer Aniston is seen here in character as the stylish barista and personal shopper in the year 2000.

Jennifer Aniston stunned at the 2013 Academy Awards! She hit the red carpet in a strapless red gown by Valentino and a matching Salvatore Ferragamo box clutch.

Who could forget this adorable romantic comedy? Jennifer Aniston starred alongside Ben Stiller in 2004’s “Along Came Polly.” In the film, she played Polly Prince, Reuben’s former classmate with whom he reconnects and falls in love.

If there’s one thing we’re sure of, it’s that Jennifer Aniston is no stranger to taking home People’s Choice Awards! She’s seen here accepting the honor for favorite female television performer for “Friends” in 2003 — her second of four wins in that category for the series.

In 2006, Jennifer Aniston co-starred alongside Vince Vaughn in “The Break-Up.” In the romantic comedy, she portrayed Brooke Meyers, a woman who feels unappreciated by her boyfriend, Gary Grobowski.

Could she be any cuter?! Jennifer Aniston is seen here after winning the People’s Choice Award for favorite movie actress for “The Break-Up” in 2007.

We love a sweet reunion! Jennifer Aniston guest starred on former “Friends” colleague Courteney Cox’s sitcom “Cougar Town” in 2010. In the episode entitled “All Mixed Up,” she played a therapist named Glenn, whom Courteney’s Jules goes to see.

Who remembers baby Emma?! Jennifer Aniston is seen here during an episode of “Friends” in 2004. Her olive green shoulder bag is an early ’00s staple!

We couldn’t help but really sympathize with Jennifer Aniston’s Beth in 2008’s “He’s Just Not That Into You.” In the romantic dramedy, which is based on the 2004 self-help book of the same name, Jen played a woman who longed to be married while her longtime boyfriend, Neil (Ben Affleck), greatly opposed the idea.

An unconventional crime comedy? We’re here for it! In 2013’s “We’re the Millers,” Jennifer Aniston co-starred alongside Jason Sudeikis, Emma Roberts and Will Poulter as adult dancer Rose O’Reilly, who poses as a doting wife and mother as part of a drug-smuggling scheme.

Jennifer Aniston… as a brunette?! In 2014’s “Horrible Bosses 2,” Jen played Julia Harris, a doctor who has a major penchant for intimacy. 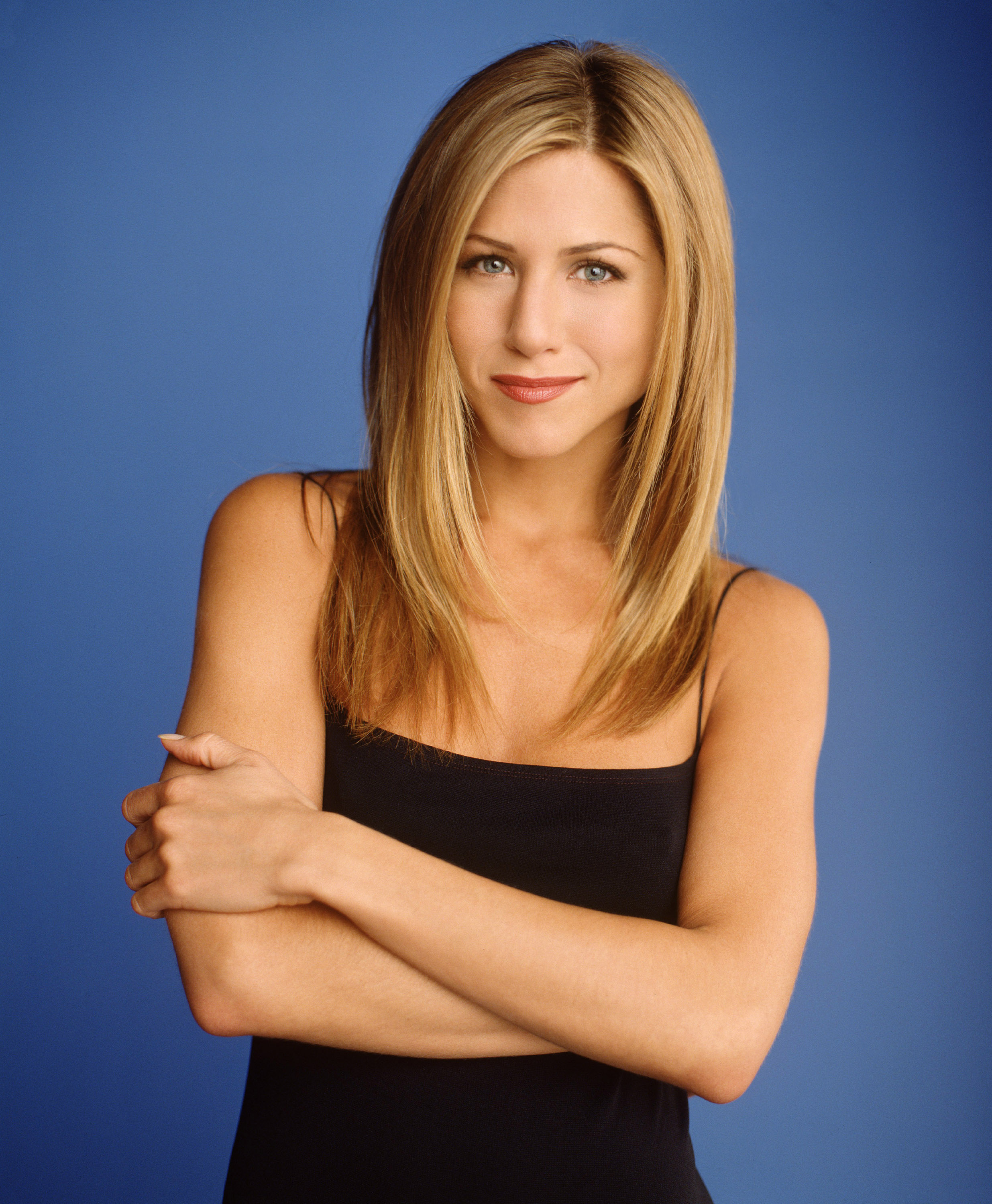 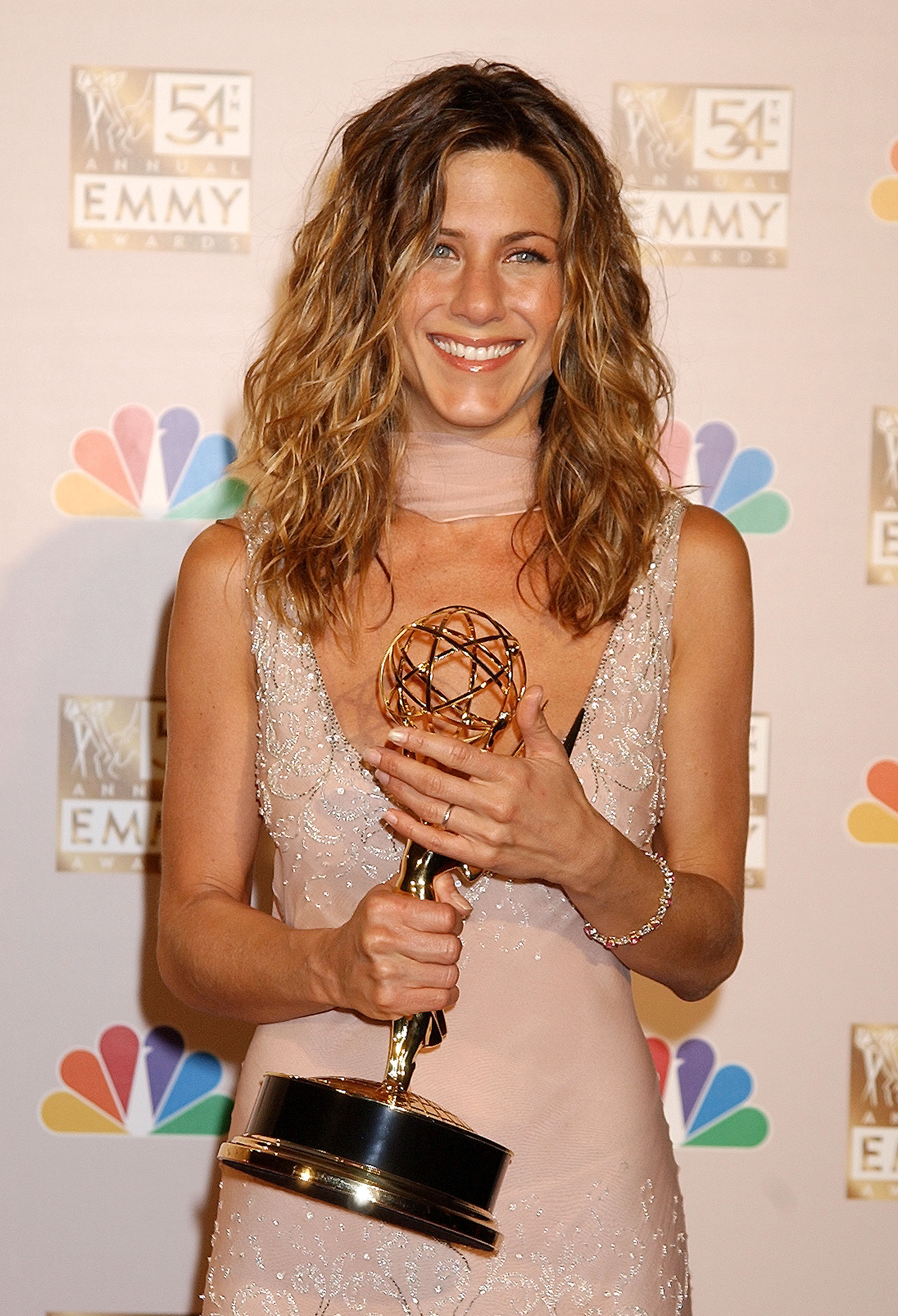 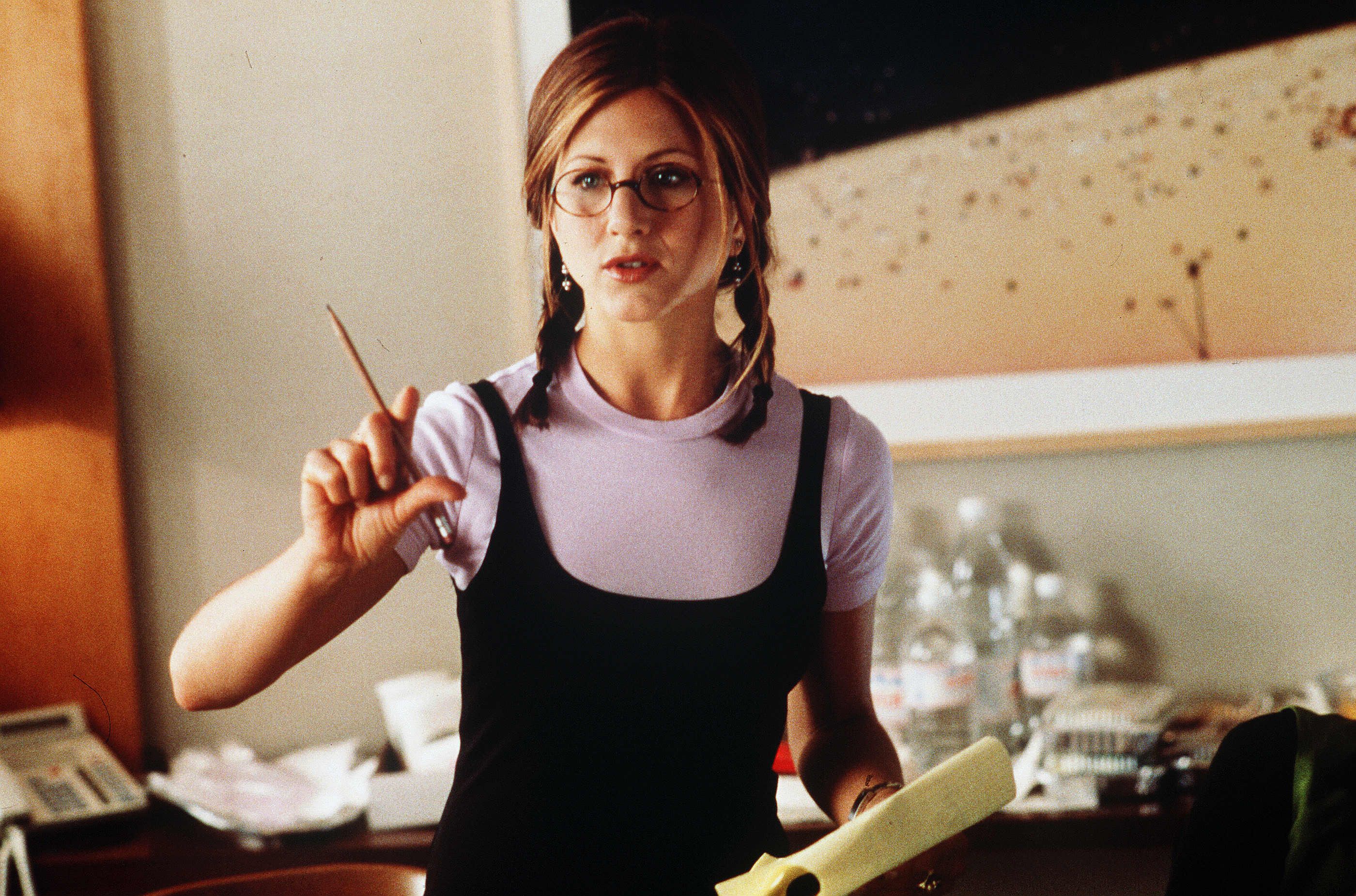 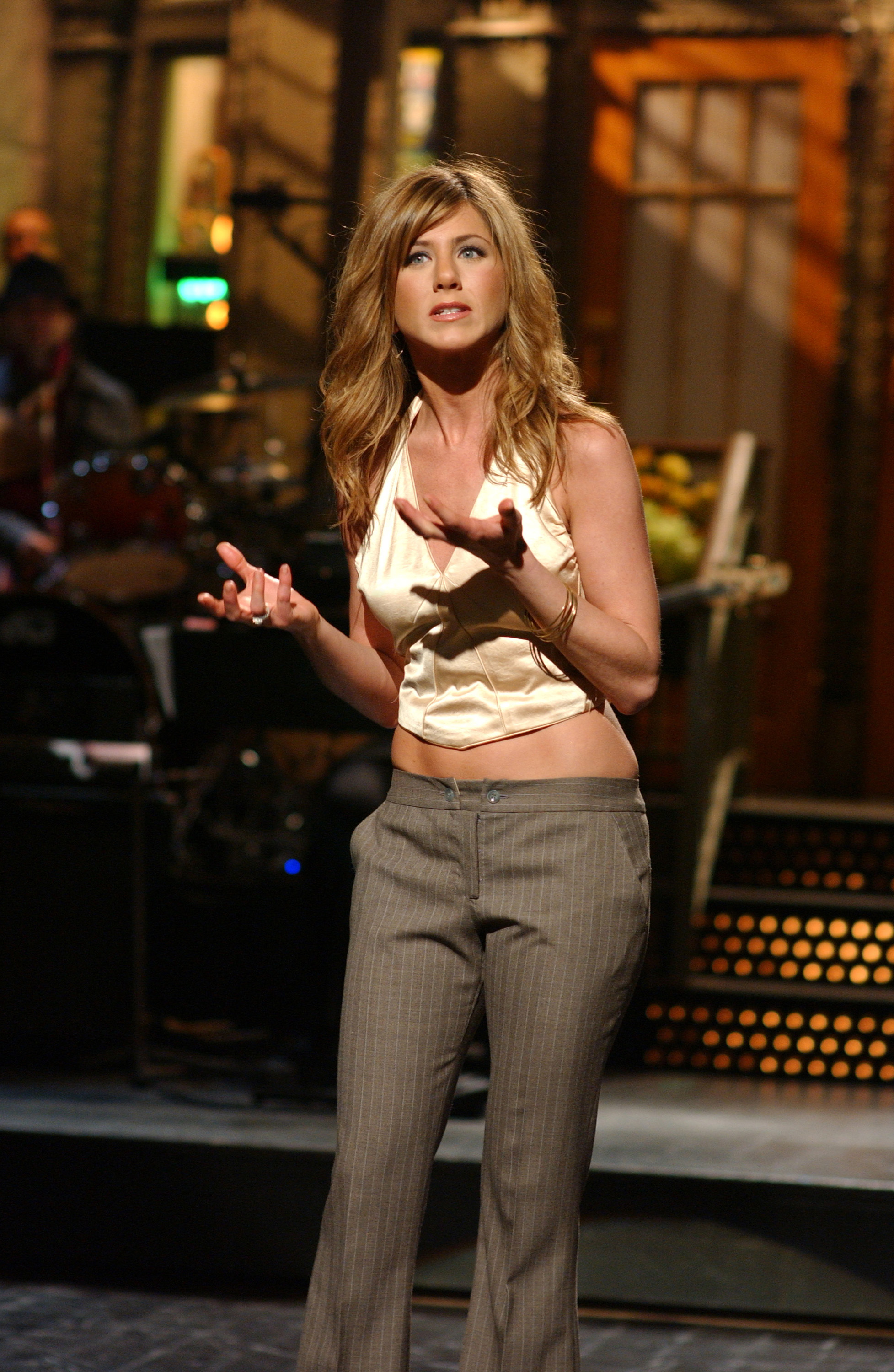 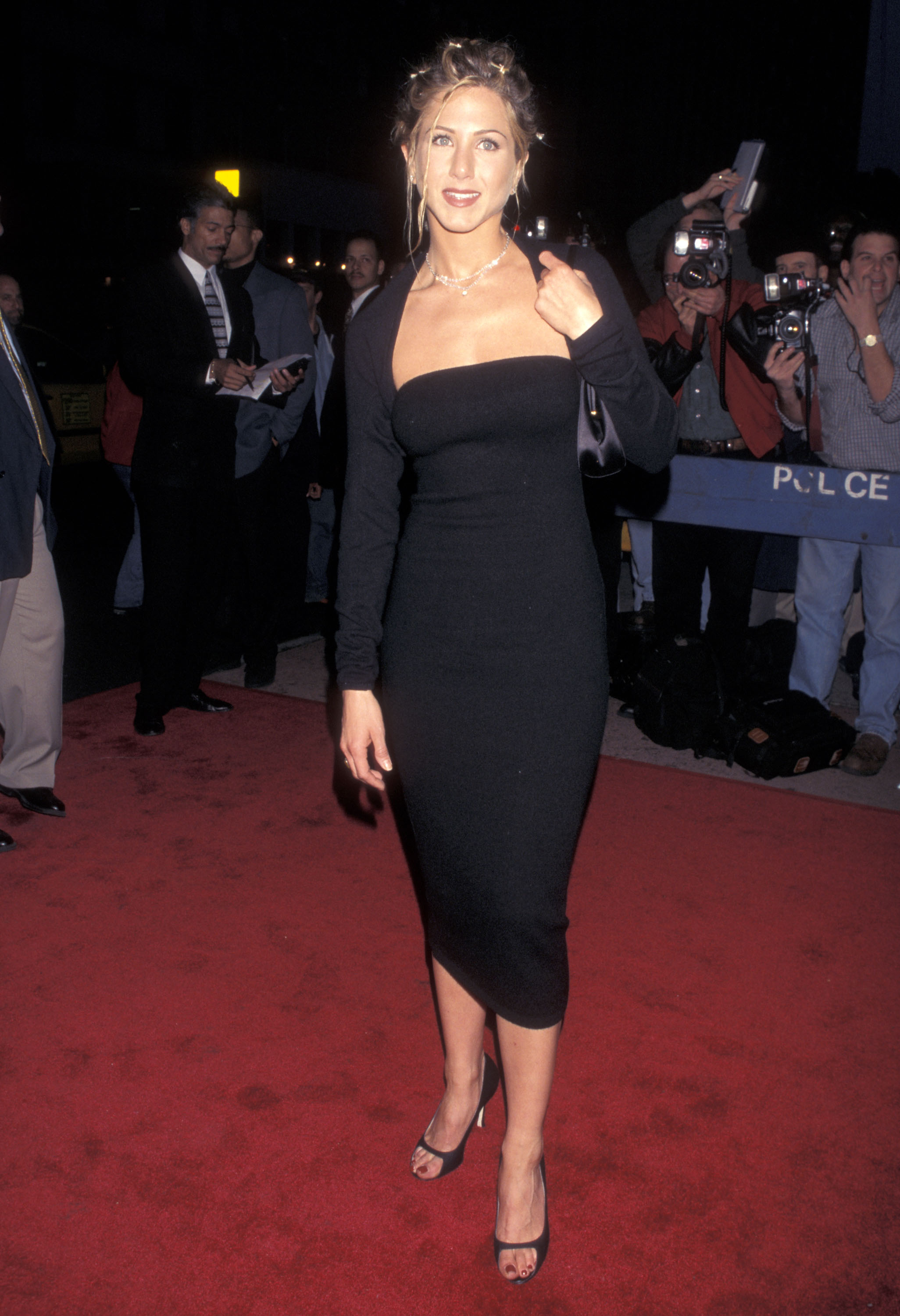 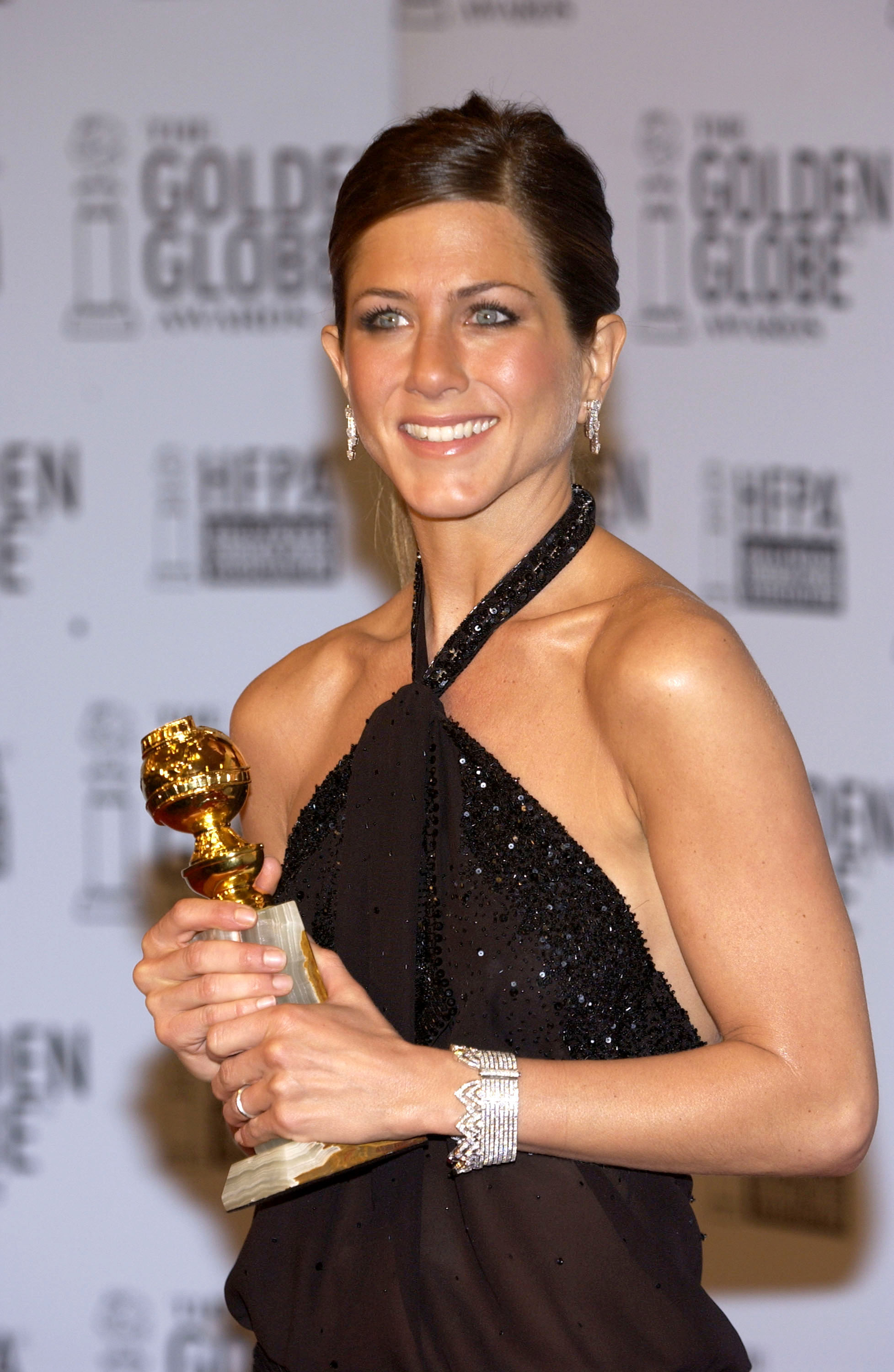 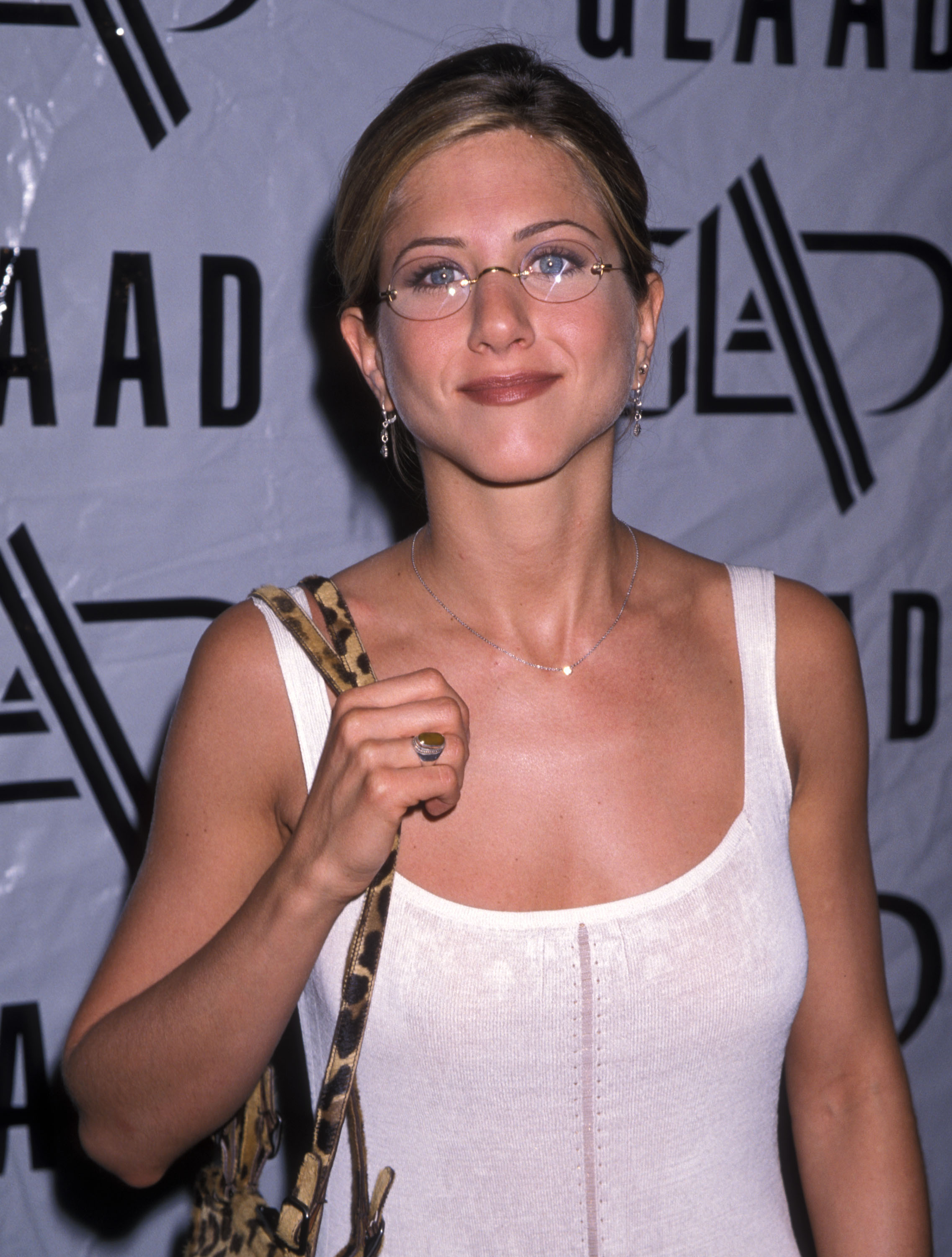 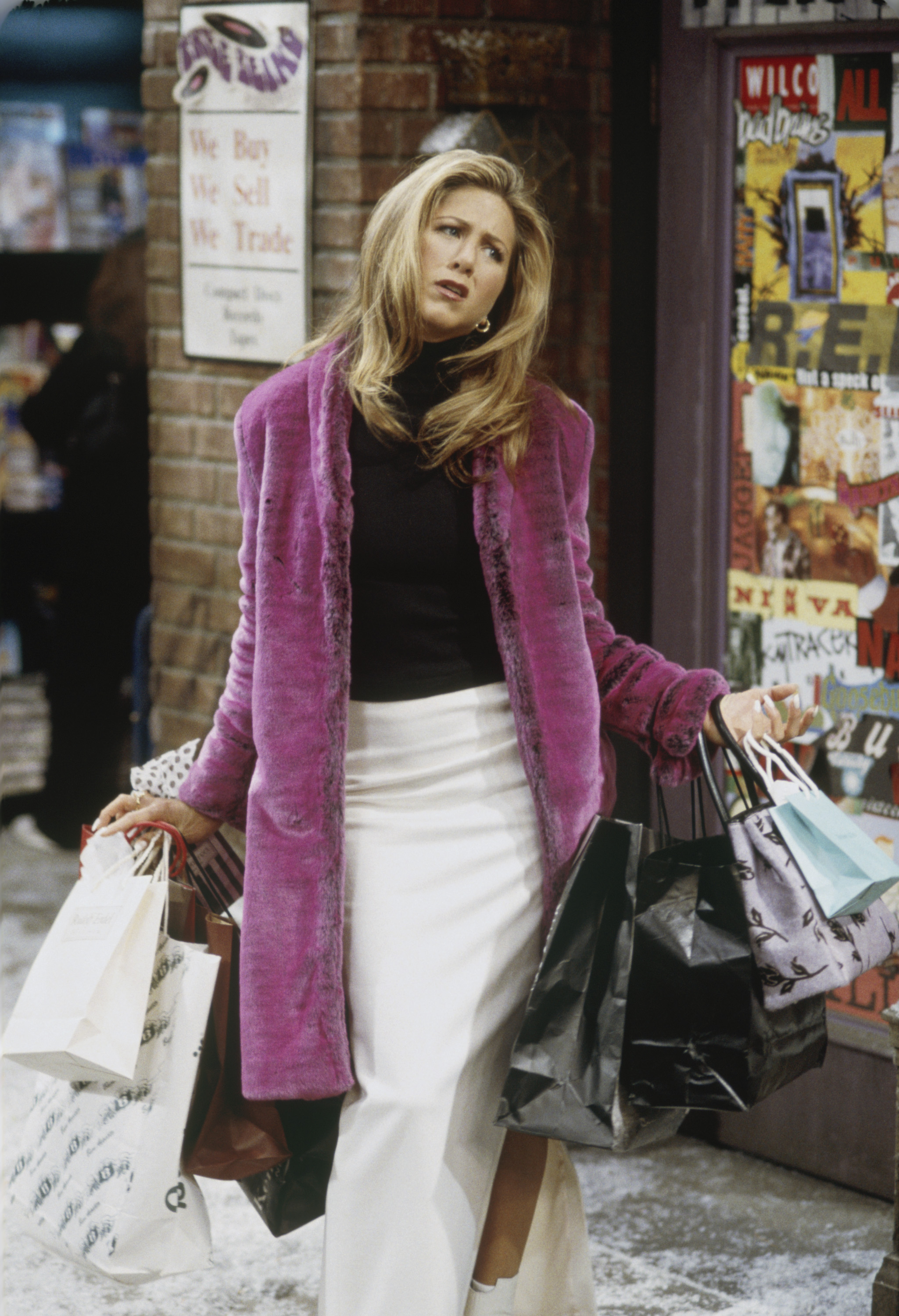 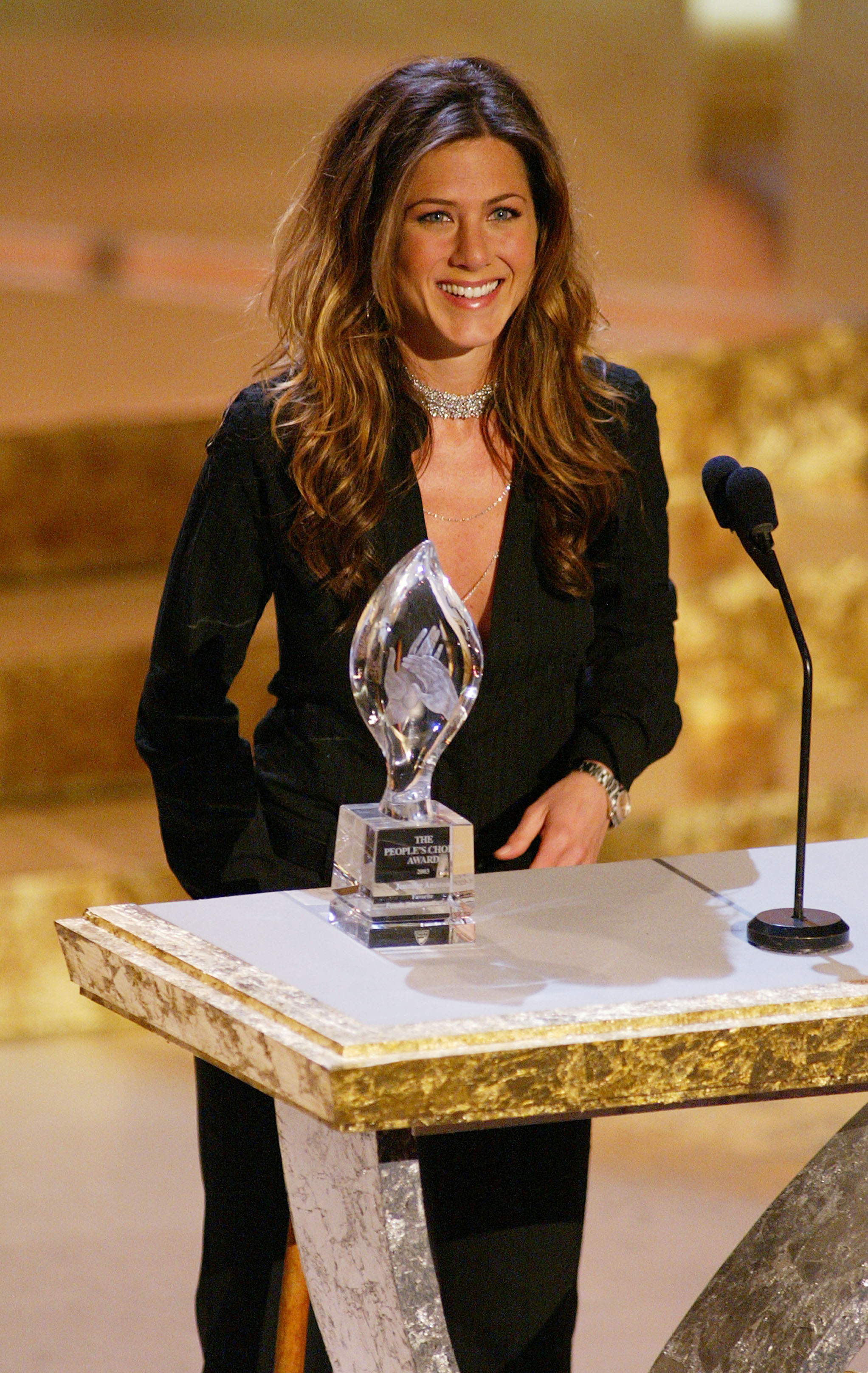 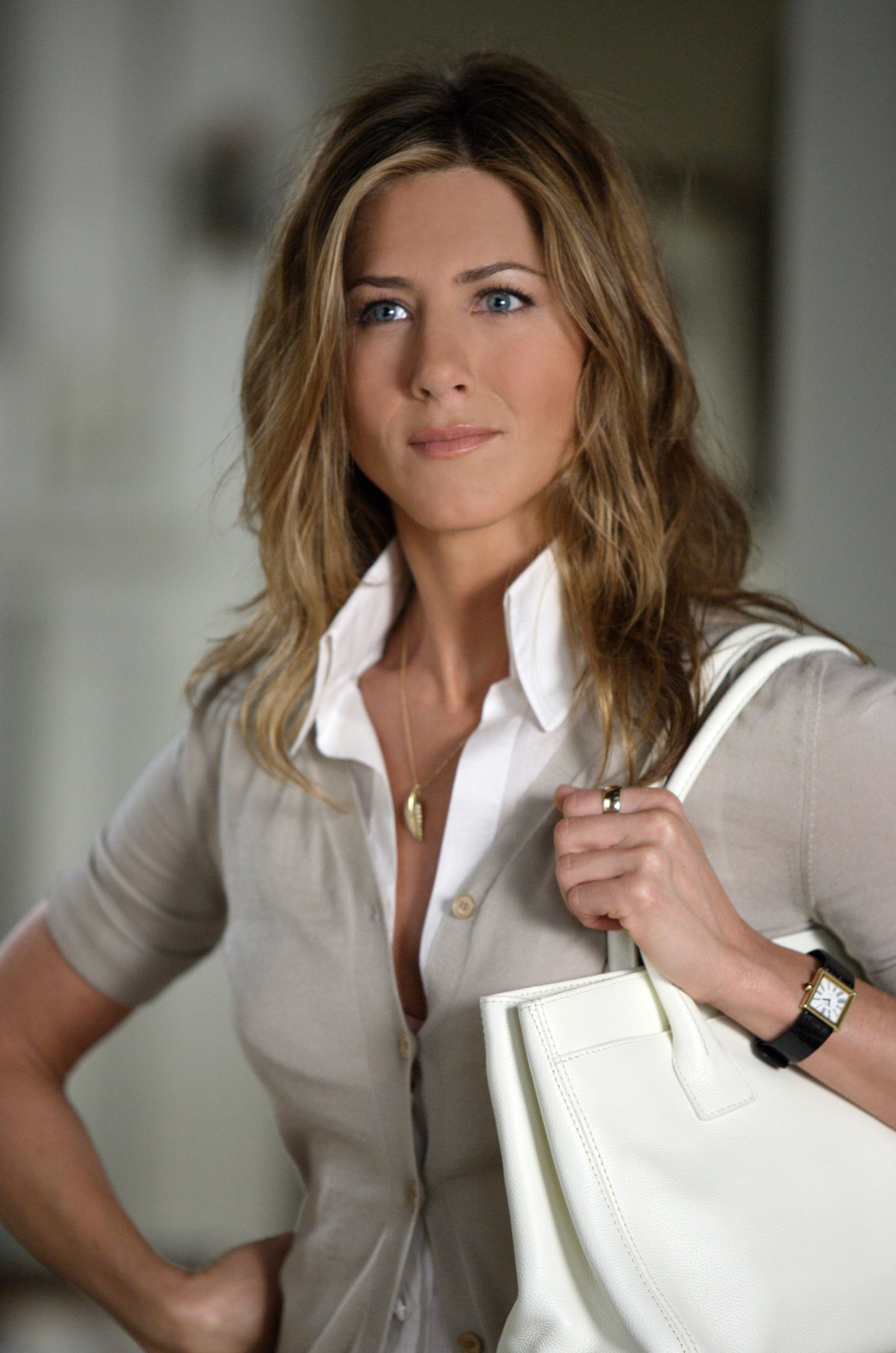 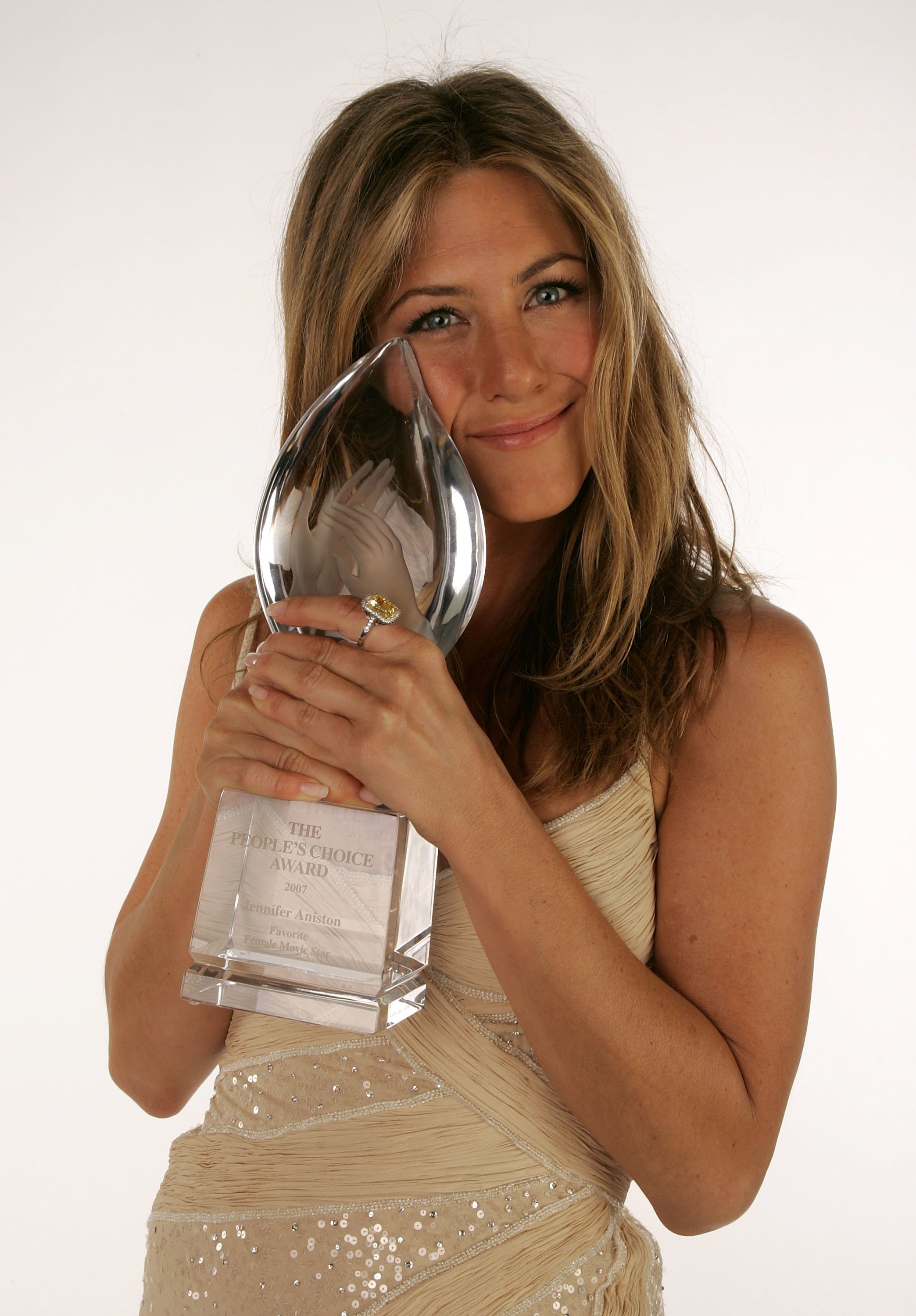 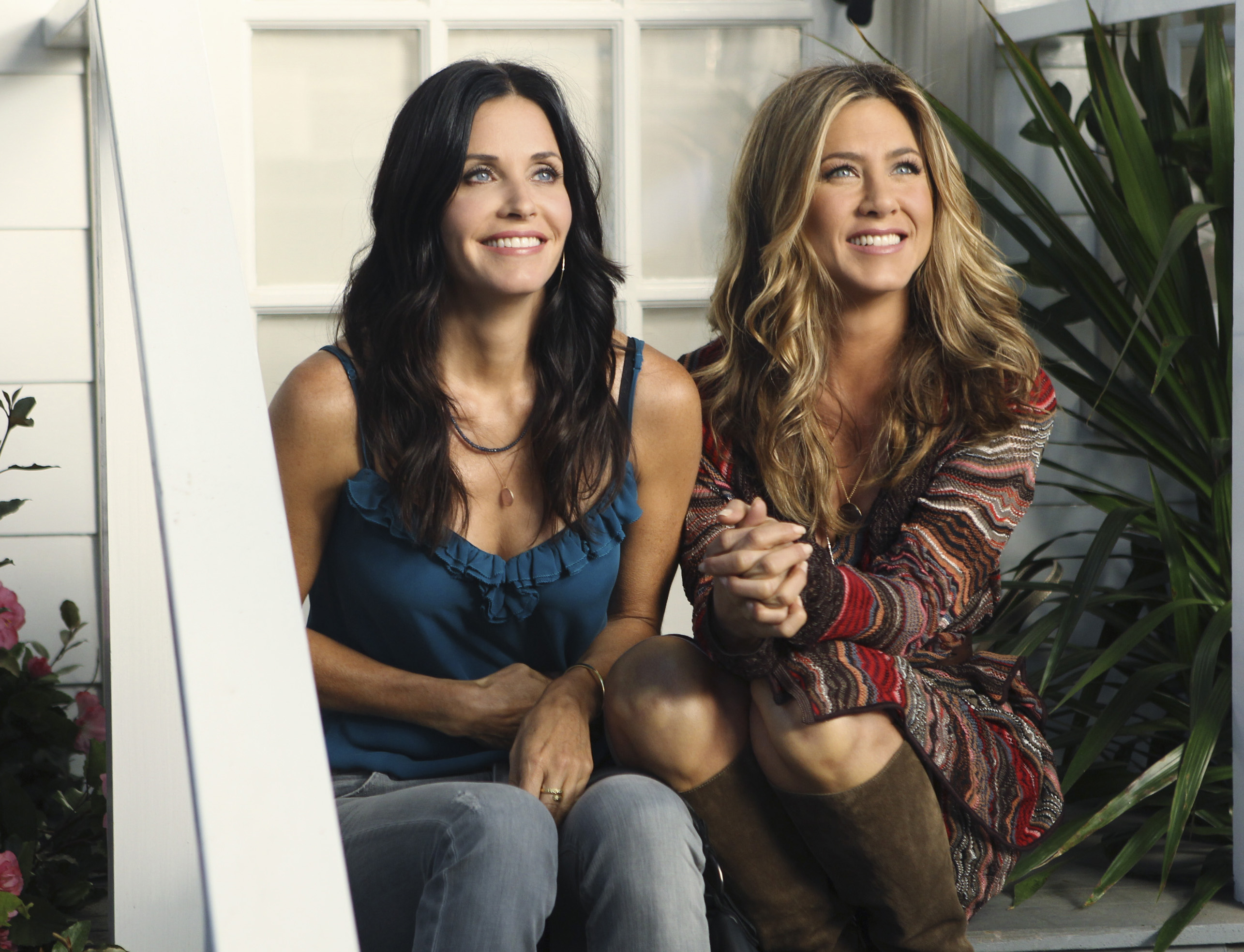 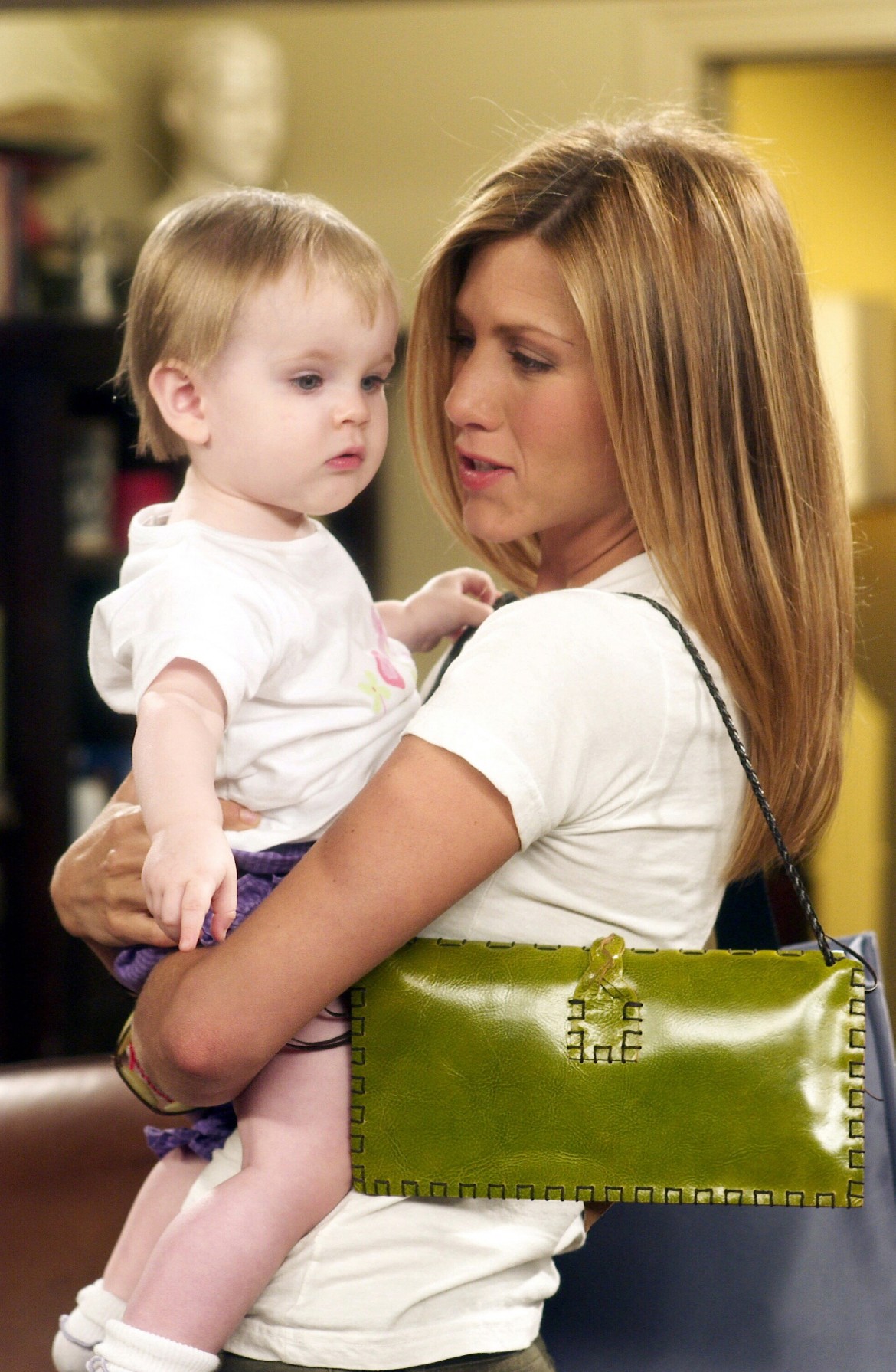 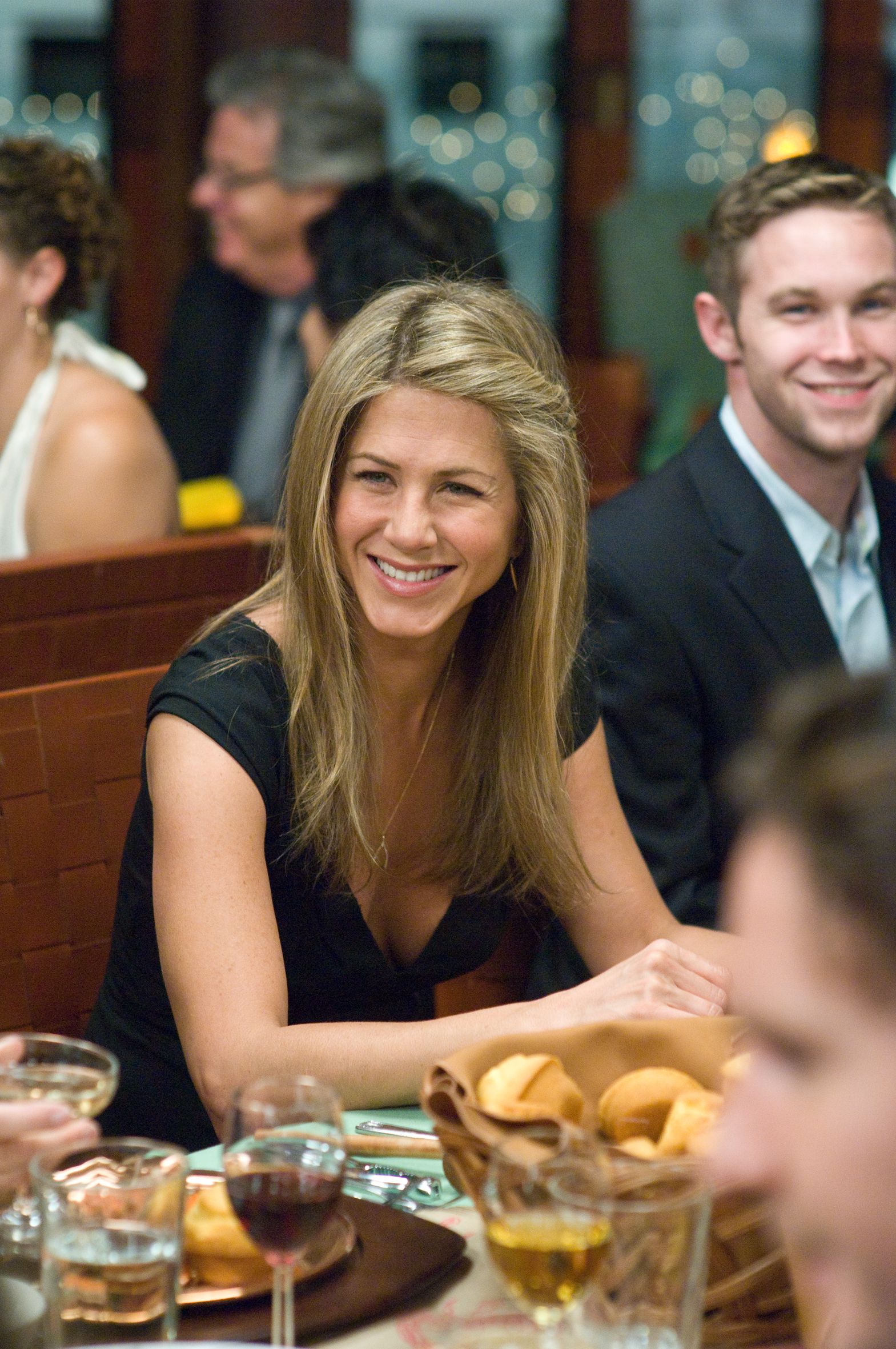