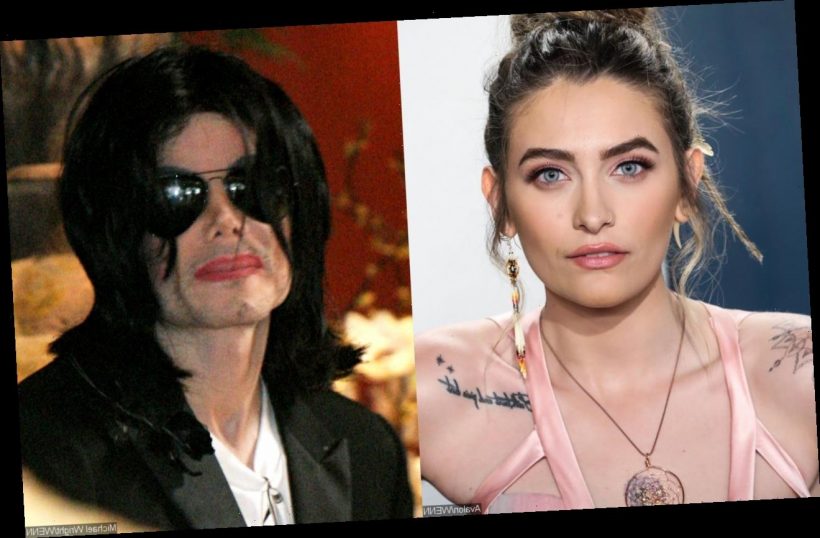 In addition to sharing how the late King of Pop instilled values in his children, the ‘Let Down’ singer opens up about how her legendary dad influenced her in terms of music.

AceShowbiz –Paris Jackson has revealed how her late father instilled values and sense of humility in his children. Sitting down with supermodel Naomi Campbell for her YouTube interview series, the second child of late Michael Jackson spilled that the King of Pop made sure all of his kids grew up “cultured” instead of “entitled.”

In the Tuesday, March 30 episode of “No Filter”, the 22-year-old singer shared, “My dad was really good about making sure we were cultured, making sure we were educated and not just showing us like the glitz and glam, like hotel hopping, five-star places.” She added, “It was also like, we saw everything. We saw third-world countries. We saw every part of the spectrum.”

Remembering the way Michael ensured his kids have such mentality, Paris offered an example from her childhood memory. “If we wanted five toys from FAO Schwarz or Toys R Us, we had to read five books,” she dished. “It’s about earning it, not just being entitled to certain things or thinking, oh I got this. It’s like working for it, working hard for it. It’s something else entirely. It’s an accomplishment.”

When Naomi commented that Paris “shouldn’t be doing [model] castings” because of her fame, the “Let Down” singer insisted that she should “earn” her own success. “I’m a full believer that I should earn everything. I go to auditions. I work hard. I study scripts. I do my thing,” she stated.

Elsewhere in the interview, Paris was also asked about how her dad influenced her musical taste. In response to the particular inquiry, she confessed, “I’m obviously a fan of his music. I know all the lyrics to all of the songs and, you know, I will definitely jam out to them.”

Discussing further on the topic, the one-half of The Soundflowers elaborated, “But I feel like when it comes to influences, I feel like every part of my childhood will always influence how I am today. Whether it was like experiences or like all of the music we listened to.”

Paris, who released her debut solo album “Wilted” in November 2020, continued sharing, “He loved classical music and jazz and Hip Hop and R&B and obviously the Motown stuff. But also like radio’s Top 40 and he loved rock music, soft rock. The Beatles.”

“So we grew up around all of that and I feel like all of that somehow influences my stuff and if you listen to my album even there’s some movie soundtrack like influences as well like Hans Zimmer and Danny Elfman, as well as like rock bands like Radiohead and Manchester Orchestra,” she added.