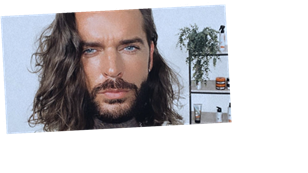 Pete Wicks has said “the last thing he needs” on The Only Way Is Essex is a love interest after kissing his cast mate Ella Rae Wise.

TOWIE hunk Pete, 32, made the revelation as he was quizzed on the reality show by his friend Sam Thompson on their joint programme Pete and Sam’s Reality News.

In an outtake clip from the show, Pete’s Made in Chelsea bestie Sam, 28, asks him: ”How long have you been on TOWIE, Pete?”

To which he reveals: “About 14 series. Something like that yeah.”

Sam then says: “And only one relationship, speaks volumes. When are you gonna find a love interest? Excite us again, Pete!”

Pete then says: “I think the last thing that I need is a love interest on TOWIE. It’s never worked out too well for me before.

“However, I did say it was gonna be a happy, positive series for me and already there are tensions brewing.”

It comes after Ella Rae, 20, revealed she had locked lips with Pete in the first episode of the new series of TOWIE.

During a scene with Clelia Theodorou, Nicole Bass and Frankie Sims Ella admitted she would choose Pete if she had to kiss anyone is Essex.

Later, she admitted that she had “sort of done it already” before spelling it out: “I’m just trying to tell you I’ve kissed him and I fancy him, and that’s the situation.”

Last series, Ella was dating Tom McDonnell but things came to an end between the pair.

Meanwhile, it was revealed that Pete had enjoyed an on-off romance with Chloe Sims for two years, which left fans shocked.

After trying to give their friendship/romance another go, Chloe decided to end things for good during the Christmas special in a tearful scene.

Ella later insisted they were “no overlap” between her kiss with Pete and their romances with other cast mates.

Chloe has since shared her reaction to the kiss as she told Closer Online: “In Pete’s defence, even though I hate him right now, he is a natural born flirt.

The pair have been liking a number of each other’s posts on social media, while newly-single Chrishell has also commented on a smouldering snap of Pete on his Instagram.

Chrishell commented beneath the post with the words: “Is this a dig at Sam”, alongside a series of crying with laughter emojis and a winking emoji.