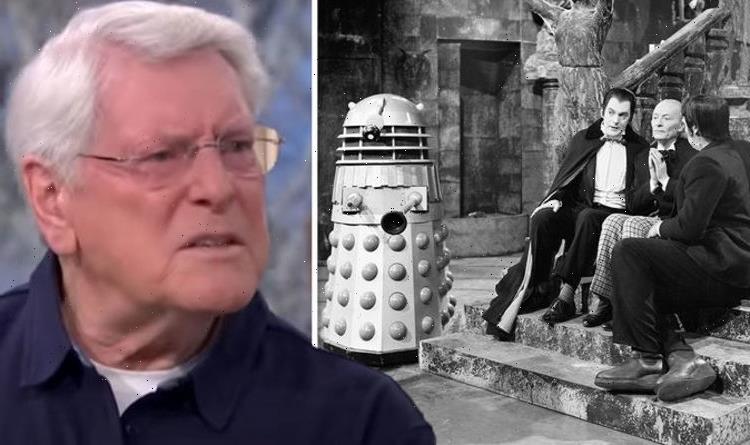 Former Blue Peter presenter Peter Purves, 82, has criticised the BBC for the “rotten” wages he received for portraying one of the early time-travelling companions on Doctor Who in 1965. Peter was cast as Steven Taylor alongside the late William Hartnell, who starred as the Doctor.

The star portrayed Steven in the hit TV series for a year, but claims he got paid “absolute peanuts” for his hard work.

Peter admitted in an exclusive interview with Express.co.uk: “I played it for a year, I did 46 episodes of Doctor Who back then.

“So it was a wonderful thing, rotten money, terrible money, nothing like the kind of money they get today, it was peanuts, absolute peanuts.

“The BBC have never been terribly generous, and at that time, they were particularly ungenerous.

“Even though I was in a regular series, I was being paid £30 an episode.”

Explaining the way salaries were organised at the BBC at the time, Peter added: “The BBC operated something called a category system.

“So if you were doing a category C programme, you’d get a third of what you’d get if it was a category A programme, and your category was based on your previous experience at the BBC.”

Detailing his own salary situation, Peter continued: “And I’d done two or three appearances, and that was what my fee was.

“There was no negotiation, that was just it, so we didn’t get paid well.

“So it was not madly lucrative.”

Despite his complaints about the lack of money he received at the time, Peter insisted he is still “earning a little bit” from the programme today.

The presenter and actor often attends Doctor Who conventions, which attract many fans.

He revealed: “But in terms of career and longevity there can’t be many people who are still earning a little bit, and I do mean a very little bit, from Doctor Who 50 odd years later.”

Express.co.uk has contacted a representative for the BBC for comment.

Peter has also thrown his hat in the ring to become the potential replacement of Jodie Whittaker, who is set to step down from the lead role in Doctor Who next year.

When quizzed on whether he has any thoughts on who should replace Jodie as the Doctor, he quipped: “You mean other than me?”

However, Peter went on to share his doubts about taking on the lead role, due to his age.

He added: “I don’t think so, I’m way older than Bill Hartnell was when he was doing it.

“I think it would probably be wonderful, but it ain’t gonna happen so I won’t hold my breath!”