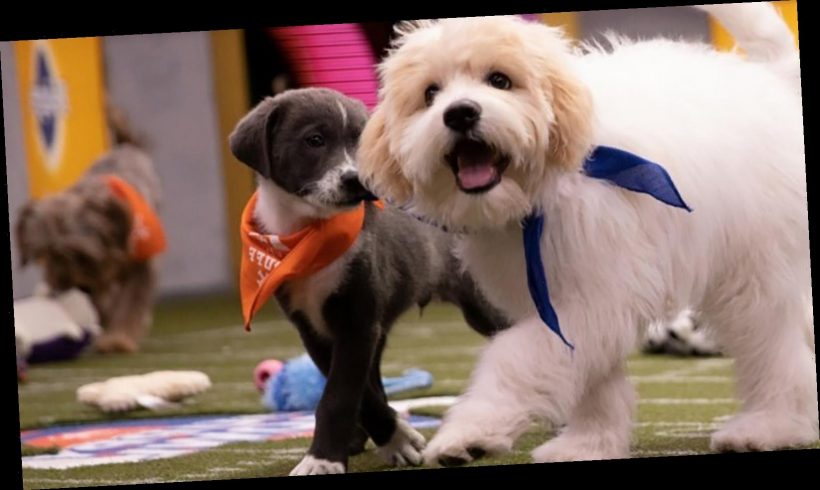 Are you ready for the most exciting TV event of the year? The one where you’re guaranteed to be glued to the screen for three hours of nonstop action. The one you won’t be able to tear your eyes away from as the two best teams in all of professional sports compete for a trophy? Yes, of course we’re talking about Team Ruff and Team Fluff, going paw-to-paw for the coveted Lombarky Trophy — awarded to the winner of the one-and-only (and can you believe it’s already XVII) Puppy Bowl!

Unlike that other sporting event, the one also occurring on Super Puppy Sunday (Feb. 7), Puppy Bowl is an event in which all participants on both teams take home something far more valuable than a silly old ring: each one of the 70 puppers suiting (or bandana-ing) up for the game is pretty much guaranteed to be getting signed to a long-term contract with a new fur-ever home. Yes, each competitor is a rescue dog recruited from a shelter (just like the first family’s Major Biden), and as Discovery notes, so far the Puppy Bowl is “16 for 16” in getting 100% of all pup-players adopted.

How to watch the (real) big game

Puppy Bowl XVII will be kicking off at 2 p.m. EST (1 p.m. CST, high noon MST, and 11 a.m. PST), and will be airing on both Animal Planet and the new Discovery+. Cord cutters note: Some Verizon customers get a free subscription to the latter service, and you can always sign up for a free 7-day trial even if you don’t qualify through Verizon.

When you tune in, Discovery says you’ll witness the return of Puppy Bowl’s very own correspondents: Sheena Inu, Rodt Weiler, and James Hound, as well as on-field reporters Herman Shepherd and Brittany Spaniel. They’ll be getting support from a few “hoomans” like ESPN Monday Night Football announcer Steve Levy and SportsCenter‘s Sage Steele, and of course Dan Schachner will be coming back as “Rufferee.” If you can tear your eyes away from all the adorable doggos, you might even spot celebs Kristen Bell, Valerie Bertinelli, and Duff Goldman lending a helping paw.

Be sure to stay put for the halftime show feline dance party, DJed by older rescue kitty Grand Master Scratch. It’s bound to be purr-fectly entertaining! Although the shelter alum cats on stage have all found their homes, there will be adoptable kittens showcased during this segment as well as adoptable pups available throughout the show. Even if you don’t get to adopt an as-seen-on-TV pet, though, rest assured there’s an even more adorable fluffball waiting at a shelter near you.

Will you root for Ruff or Fluff?

It’s a pretty ruff choice all right, picking which team to cheer for in this contest, since each and every single pupper out there just couldn’t be cuter. If you can’t wait to see their fuzzy faces, Entertainment Weekly has a photo spread featuring all 70, each one wearing either “bark blue” or “tail Mary tangerine” bandanas to signify whether they’re a Fluff or a Ruff.

A couple of these sweeties will even have their stories told during the show, like Marshall, the deaf Boston Terrier mix training to be a therapy dog; Jett, the double amputee lab mix; and Blossom, a senior American Staffordshire Terrier who knows how to rock a flower crown (via Discovery). While we don’t yet know which team will be rumbling, stumbling, and bumbling to a win, each and every player has the heart of a champion (and a mug made for smooching).

So get your tailgate spread ready for the big game. Perhaps some hot dogs and puppy chow for the big peoples, but be sure to have lots of treats on hand for your fur friends, too. Paws-up to the home-baked kind, but these cute little heart-shaped biscuits from Trader Joe’s are also a sweet way to share the doggie love.