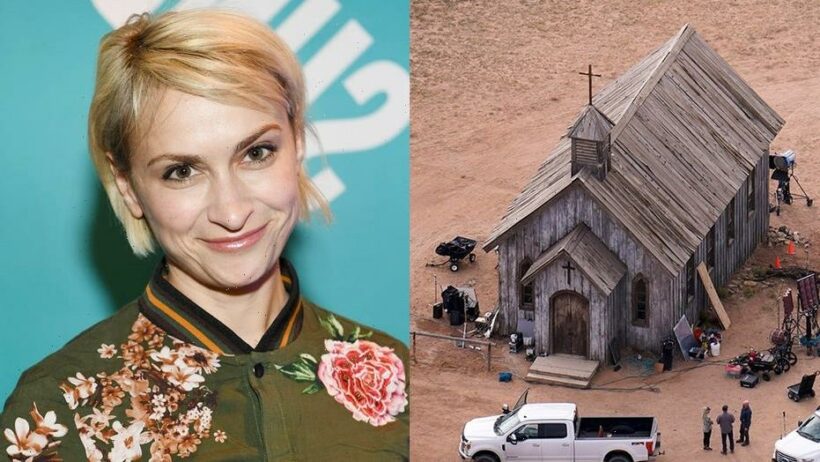 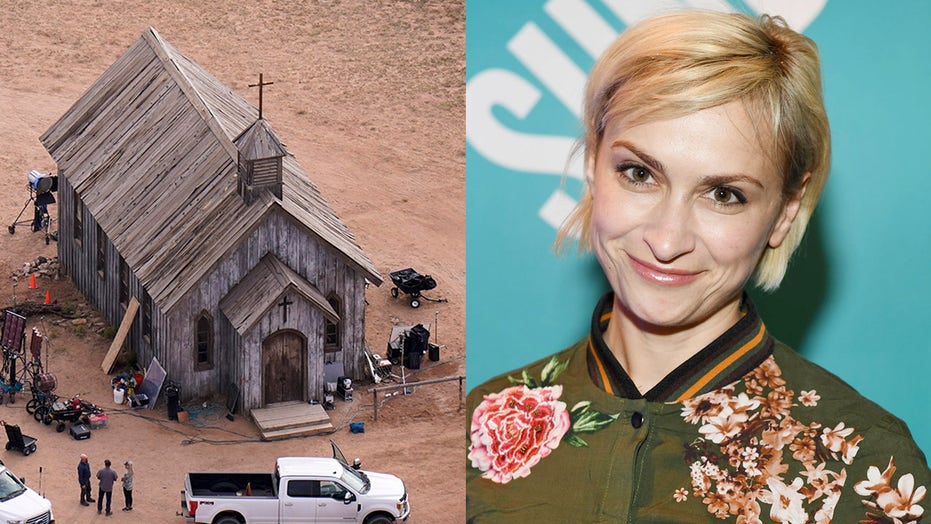 The school houses the college’s film department where for years, it trained students to work in the film industry and Wysong said they have a number of current and former students who are employed by some of the production companies in New Mexico.

“It’s a very tight-knit community,” Wysong added. “What all of my faculty have been kind of most puzzled over is that safety is absolutely paramount and obviously there were some breaches in their protocol on this.”

Candles are placed in front of a photo of cinematographer Halyna Hutchins during a vigil in her honor at Albuquerque Civic Plaza on October 23, 2021 in Albuquerque, New Mexico. Hutchins was killed on set while filming the movie ‘Rust’ at Bonanza Creek Ranch near Santa Fe, New Mexico. The film’s star and producer Alec Baldwin discharged a firearm that hit Hutchins and director Joel Souza.
(Photo by Sam Wasson/Getty Images)

The higher education administrator – whose film program is plugged into Hollywood in various capacities – explained that they work very closely with local International Alliance of Theatrical Stage Employees (IATSE) president Liz Paicos to help develop training programs and serve the staffing needs of the union. He acknowledged the alleged concern some crewmembers had in the weeks and days leading up to the shooting.

“Immediately before this happened, IATSE narrowly avoided a strike over some of the very kinds of concerns that have been raised over working hours and working conditions, which can contribute to accidents happening,” Wysong said of the reports. “So there was certainly a lot of buzz about that issue. And then, of course, this tragedy occurred, which kind of underscored some of the concerns that the union was raising about the impact of working conditions on safety.”

Wysong pressed that given the level of safety required for the use of any type of firearm on set – whether loaded or not – many of the locals were left shaking their collective heads at the tragic end to Hutchins’ life.

“Again, we don’t know all the facts yet, but from what has been revealed, there was obviously a serious breakdown in how this was handled,” he said. “Having live ammunition on a set with… everybody I’ve talked to just rolled their eyes and said, ‘That’s just unthinkable.'”

Santa Fe has been home to many film and television productions, and as it mourns the loss of one filmmaker, Wysong hopes the incident sparks real change and mandates centered on an evolving style of production which he believes all but absolves the need for projectile-firing prop weapons.

“The union does a great job already on stressing safety. I mean, they’re really big on it,” he explained. “In fact, that’s one of the things that sometimes creates the tensions when especially on independent productions, they choose not to use union personnel.”

Wysong went on to suggest studios should simply “use CGI to put in your muzzle flare and things like that and not have any kind of blanks necessary and you’re not shooting anything out of a gun whatsoever.”

“I do think that there has been for some time now people saying that the state of the art on digital effects is such that having a live-fire on a set isn’t even necessary anymore – that you can do close-up shots with replicas or even with real pistols that aren’t loaded,” he said.

Wysong maintained that implementing a universal set of safety standards that all members of cast and crew must certify would do wonders for the industry as a whole.

“I think that building on what the union has done, building on what the curricula of different schools, including ours – what we’re doing – moving to something that is more, if not universal that has some well-established standards that are recognized in the industry, across the country and elsewhere – I think that’s an important thing,” he said.

“But ironically, what drives everything ultimately comes down to money and if you’re going to get insurance to be able to operate, I think that the underwriters are going to have a lot to say about this. And so maybe that will be how people are forced to come to have some standards in terms of the training,” he continued. “So, we’ll see but I hope that something comes out of this and that the death of Halyna was not in vain that and there will be a legacy of an improvement in safety.”

Hutchins was pronounced dead Thursday after being flown to a nearby hospital. The cinematographer was shot by Baldwin after he was handed, what he believed, was a “cold” or “unloaded” gun by assistant director Dave Halls on the set of the indie film “Rust” during a rehearsal. Halls was unaware that the firearm was loaded, according to records.

Production on the film has been halted until the Sante Fe Sheriff’s Office completes an investigation into the incident.

On Tuesday, the Sante Fe Sheriff’s Office confirmed to Fox News that nobody from the set was asked to stay in town, including Baldwin. “No one’s been charged or arrested. So, you don’t impose those types of things on people,” Santa Fe County Sheriff’s public information officer, Juan Rios, said.  “And we’re always of the mindset that people will be, if they don’t live here, that they will continue to be cooperative with the investigators.”

The sheriff’s office has conducted one search of the movie set, where authorities collected ammunition and multiple firearms, a warrant obtained by Fox News on Tuesday revealed.

The production company itself has also claimed to be conducting a separate investigation and “internal review of [its] procedures while production is shut down.”

“The safety of our cast and crew is the top priority of Rust Productions and everyone associated with the company. Though we were not made aware of any official complaints concerning weapon or prop safety on set, we will be conducting an internal review of our procedures while production is shut down. We will continue to cooperate with the Santa Fe authorities in their investigation and offer mental health services to the cast and crew during this tragic time,” the producers said in a recent statement obtained by Fox News.