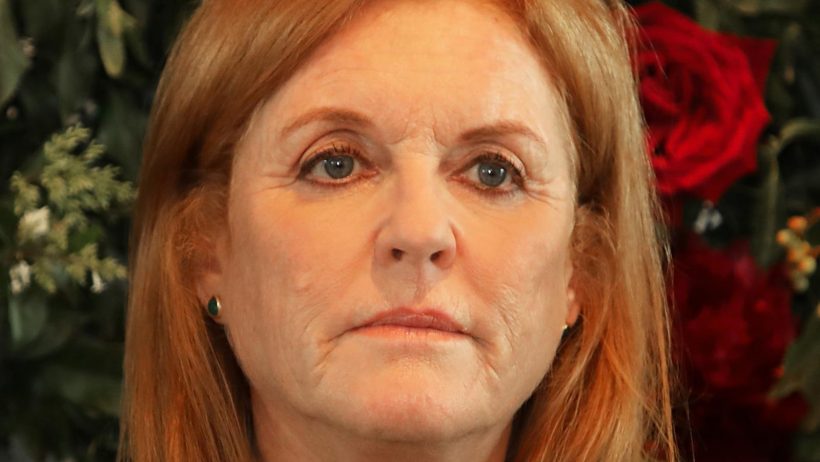 It’s not exactly a secret that Sarah Ferguson and the late Prince Philip didn’t see eye to eye before his death on April 9, 2021. Sarah was married to Philip and Queen Elizabeth’s son Prince Andrew, Duke of York, from 1986 until 1996, and their very highly publicized split became serious tabloid fodder. It’s safe to say that both have brought a whole lot of scandal to the royal family’s door since.

Royal biographer, Gyles Brandreth told Daily Mail in April 2021 that Philip was never overly fond of Sarah — also known by the nickname Fergie — and supposedly thought she was “simply beyond the pale.” Five months after Andrew and Sarah announced their separation, candid photos of Sarah were published by U.K. tabloid the Daily Mirror that showed her on vacation with a male friend was photographed sucking her toes. After that, Philip is said to have turned his back on a relationship with the mother of his grandchildren (Sarah is mom to Princess Beatrice and Princess Eugenie), deciding “enough was enough.”

So, it’s probably not too surprising to hear that Sarah won’t be by the royal family’s side on April 17, 2021, as they say goodbye to Philip at St. George’s Chapel in Windsor. Philip’s funeral will be scaled down anyway due to coronavirus restrictions, limiting attendees to just 30, but read on for what we know about why Sarah won’t be there.

Sarah “Fergie” Ferguson was not invited to Prince Philip’s funeral, according to The Sun, but supposedly has been spending time with Queen Elizabeth following her husband’s death. Though Sarah didn’t get along with Philip, a source alleged she’s still on good terms with the Queen and has been by her side as she mourns the loss of her husband of more than 70 years.

An insider claimed that Sarah and her former husband Prince Andrew “have been going on short walks around the gardens with the Queen and her corgis” and also suggested that Philip’s death has created more of a space for Sarah to get closer to her former mother-in-law again. They claimed “Sarah’s very much in the fold now that the Duke of Edinburgh has gone,” and it sounds like Sarah’s affection may be reciprocated from the head of the monarchy. “The Queen has always had a soft spot for Sarah and regards her as an excellent mother,” the source suggested.

Philip’s funeral has already seen much speculation, with who will and will not be attending and what they will be wearing being a big source of contention. It’s been confirmed that Prince Harry will be there — despite family tensions — as will Andrew, Princess Eugenie and her husband, Jack Brooksbank, and Princess Beatrice and her husband, Edoardo Mapelli Mozzi (via Sky News). Whatever happens, we’re hoping everyone can keep things cordial.