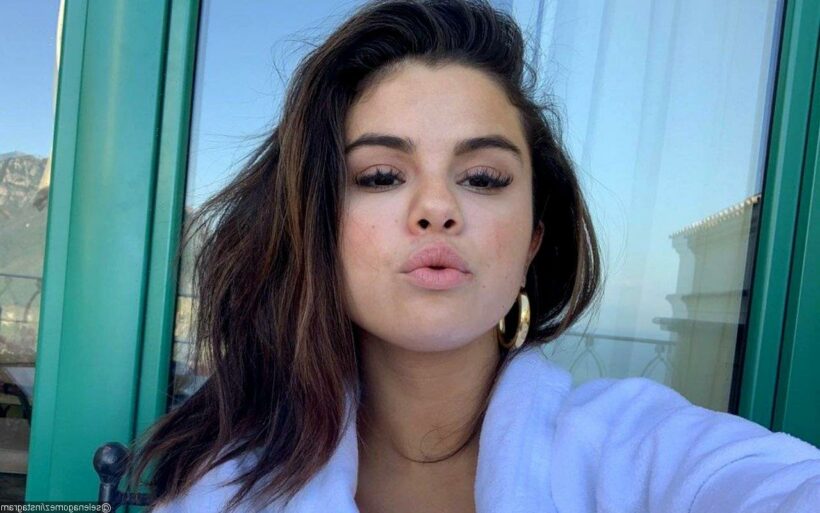 When opening up about her mental health in a new interview, the ‘Only Murders in the Building’ actress admits to feeling like she ‘wasn’t pretty enough’ in her early 20s.

AceShowbiz –Selena Gomez believes that taking a break from social media is her “best decision” ever. The “Only Murders in the Building” star, who suffered an emotional breakdown in 2018, explained how the hiatus helped her cope with “depression and anxiety.”

The 29-year-old shared her story in a new interview with InStyle. “I became aware that my little world is complicated, but the picture is much bigger than the stuff I deal with. I have problems with depression and anxiety, and I found it difficult for me to be me,” she admitted.

“I didn’t want to post anything on social media because I realized that I was in a situation where I was extremely blessed. What could I possibly post or say?” the Grammy nominee added. “At one point Instagram became my whole world, and it was really dangerous.”

Noting that “taking a break from social media was the best decision that [she’s] ever made for [her] mental health,” Selena elaborated, “I created a system where I still don’t have my passwords.” She continued, “And the unnecessary hate and comparisons went away once I put my phone down. I’ll have moments where that weird feeling will come back, but now I have a much better relationship with myself.”

During the chat, the “Wizards of Waverly Place” alum also got candid about her past insecurities. “In my early 20s, I felt like I wasn’t pretty enough. There was a whole period in my life when I thought I needed makeup and never wanted to be seen without it,” she confessed.

Selena went on to share that she already felt insecure since she was a child. “At the age of 7 I was already working and in the hair and makeup chair,” the Rare Beauty founder stated. “Even then I noticed certain [beauty] trends and how I didn’t match them.”

Luckily, Selena managed to improve her self-esteem. “The older I got, the more I evolved and realized that I needed to take control of what I was feeling. I wanted to be able to look in the mirror and feel confident to be who I am,” she pointed out.