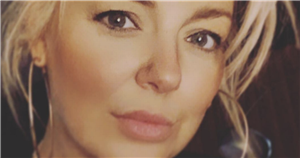 Sheridan Smith has taken to Instagram to reveal her stunning hair transformation.

The beautiful actress, 40, took to social media to share a selfie with her 662,000 followers while documenting her head of bright blonde hair.

“#backtoblonde,” she penned while saying she was beginning a new job, and fans were loving Sheridan’s look.

The star partnered her new hair with some hoops earrings and a glamorous makeup look, and Corrie actress Catherine Tyldesley penned fire emojis beneath.

Another person penned: “Beaut. You look like Britney in the 90s here,” and a third added: “Jeeeez.”

The rest of Sheridan’s comment section was filled with heart eye emojis and praise from fans.

Prior to her head of blonde locks, the star was rocking dark hair while filming for The Railway Children Return.

Sheridan’s sultry selfie comes after the Cilla actress announced her split from her fiancé Jamie Horn after three years together.

Two Pints of Lager and a Packet of Crisps actress Sheridan, 40, announced the news "with great sadness".

Sheridan shares her son Billy, whom she welcomed in May last year, with Jamie.

In a joint statement shared with The Sun on Sunday, the couple announced: "It is with great sadness that we have decided to have some time apart.

"We both remain completely committed to raising our beautiful boy Billy together. We ask that you respect our privacy during this difficult time. Thank you."

Sheridan even teased fans about her "secret boyfriend" during her Royal Albert Hall performance in April 2018.

The couple soon became engaged when Jamie proposed to the actress with a £10,000 ring.

Sheridan and Jamie then revealed they were expecting a child together in October 2019, before welcoming baby son Billy into the world in May 2020.

The pair appeared in a documentary together as Sheridan candidly shared her struggles with her mental health following her dad's death.

In the ITV documentary, Sheridan Smith: Becoming Mum, she explained: "My dad died and I think things that I hadn’t dealt with caused the big explosion, mentally. It was like a bomb went off in my head.

"Now I feel like I’ve got a second chance at life.”