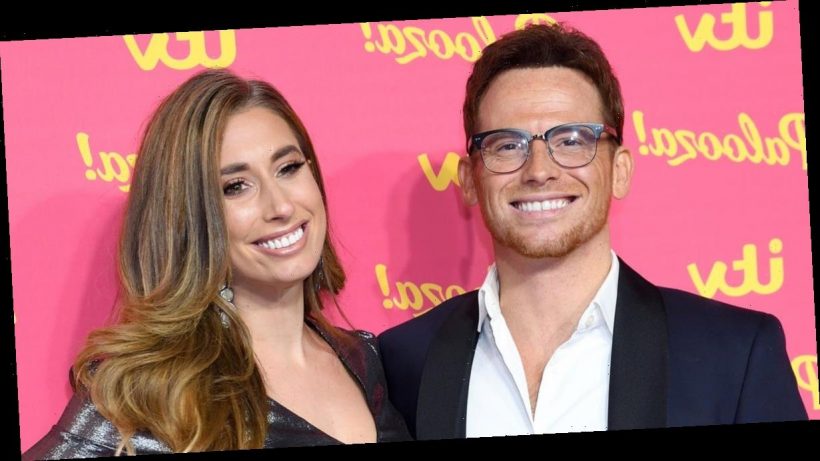 Stacey Solomon has ranted that Joe Swash is "lucky" they are still getting married after he "betrayed" her.

Joe, 39, popped the question to the 31 year old on Christmas Eve after four years together.

But it seems the pair have hit a bump in their relationship as Stacey fumed at her fiancé over a subject that is sensitive in most households — food.

The Loose Women panellist took to social media on Thursday night to inform her 4.1million Instagram followers that she felt she was "stuck between a rock and a hard place" after former EastEnders star Joe stole her egg mayonnaise sandwich.

She filmed herself telling her fans: "I just spent the last hour making egg mayo sandwiches for everybody, because that is the kind of incredible girl that I am.

"And I left myself a tiny bit of egg mayo in a bowl so I could make myself a sandwich when everyone had finished.

"But old piggy over here steals it, makes himself a second sandwich!," she continued as Joe started to defend himself as he sat alongside his wife-to-be.

Earlier in the day, Stacey had modified an artificial bush that hangs on the wall of her home, adding a neon sign that says: "You are exactly where you need to be".

Dancing On Ice winner Joe used the sign as an opportunity to swipe back at the X Factor finalist, telling her: "Oh calm down! It's only egg mayo, remember your sign on the bush."

Stacey hit back: "Well you're not exactly where you need to be, are you?"

Joe questioned her: "Where am I meant to be?," to which Mrs Hinch's best friend snapped: "In the bin!"

Refusing to let their argument slide, Stacey later wrote: "I'm actually in that mood where I could cry over egg mayo.

"There's not even any eggs left to start again… I'm fumin'. He made himself a second sandwich with MY egg mayo. Absolute cheek of it.

"How dare he reference my bush sign as a defence. He's deffo not exactly where he needs to be."

She continued: "I mean to be honest after egg mayo situation he's lucky we are still getting married…

"But I want a wedding so I'm stuck between a rock and a hard place really," she added alongside a laughing emoji.