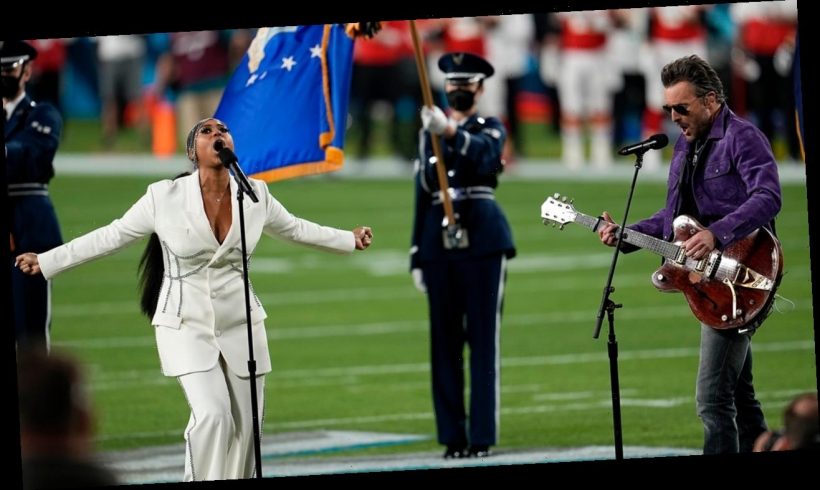 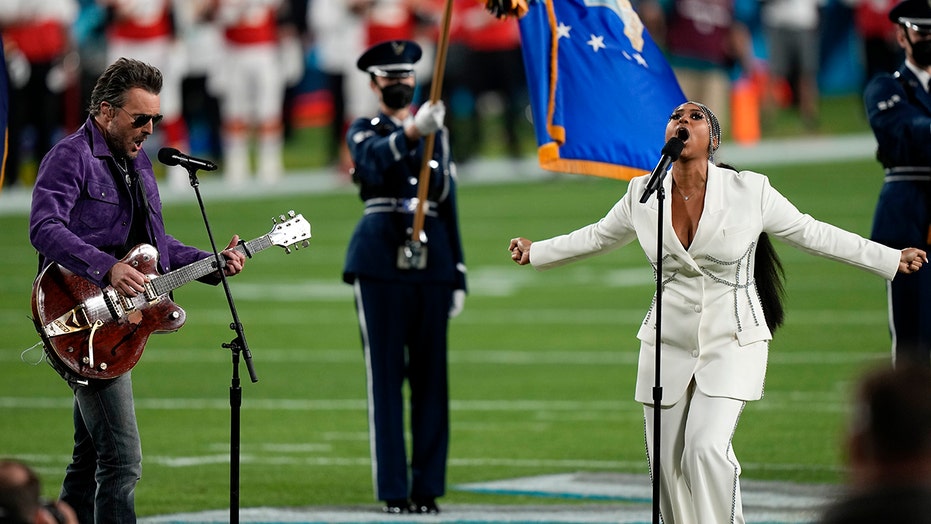 Eric Church and Jazmine Sullivan became the latest singers to perform that National Anthem ahead of the Super Bowl.

As fans waited for the bout between the  Kansas City Chiefs and the Tampa Bay Buccaneers to kick off, the duo took the field to begin the game by singing the “Star-Spangled Banner,” prompting rave reviews by fans and viewers on social media.

The pair had a tough act to follow after last year’s anthem saw Demi Lovato belt out the song to similar acclaim from the audience. However, both were more than qualified to fill the big shoes the “Sorry Not Sorry.” Church, a 10-time Grammy nominee, was the first country artist to take the stage since Luke Bryan performed at the NRG Stadium in Houston in 2017. Sullivan, meanwhile, rose to the top of the R&B charts in 2008 with her debut single and album. She’s earned 12 Grammy nominations and written songs for several other artists.

“CONFESSION: Bruh… I may or may not have shed tears while  @jsullivanmusic performed the #NationalAnthem at #SuperBowl,” one user shared.

“The national anthem, that flyover, seeing our troops oversees, Amanda Gorman, the honoring of our healthcare workers, all of it — CHILLS and TEARS to start SuperBowl,” another user tweeted.

“#NationalAnthem if that didn’t get to you, I don’t think you’re really alive! What a performance! I’d move it ahead of Whitney Houston’s version #JazmineSullivan #EricChurch #SuperBowl oh & don’t forget H.E.R. ahhmazing! #AmandaGorman for the pre-show win! #LetsgoKC,” another user wrote. 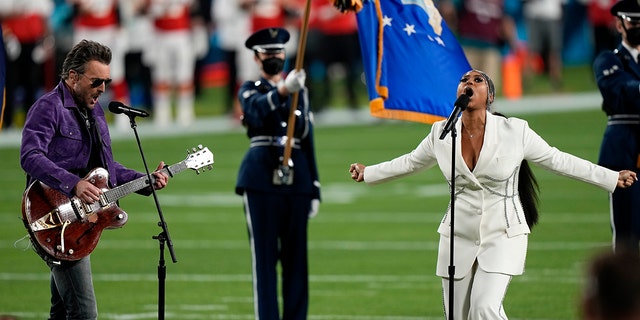 While Sullivan received a lot of praise, some were less-than-thrilled with Church’s country rendition of the song.

“Some songs shouldn’t be done in a country music arrangement like Staying Alive, Stan, and The National Anthem,” one user wrote.

“My advice to Super Bowl committee, never ever ask Eric church to sing national anthem again. It’s not a country song. Jasmine saved it from being total disaster,” another upset user added.

“The most disrespectful job on the National Anthem I’ve ever heard,” wrote a third.

In addition to the two performing the National Anthem, two-time Grammy Winner H.E.R. was on hand to bring a little extra patriotism to the performance by opening with a rendition of “American the Beautiful,” both performances were signed for hearing-impaired viewers by rapper Warren “WAWA” Snipe.