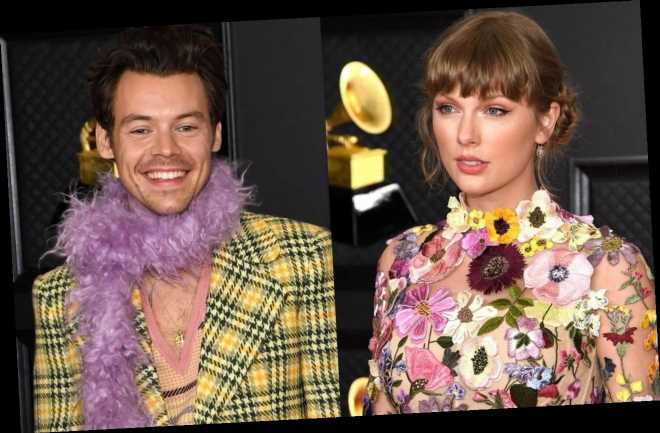 At the 63rd annual Grammy Awards on Sunday, the 27-year-old singer/actor was announced as the winner for Best Pop Solo Performance for his song ‘Watermelon Sugar’.

AceShowbiz –Taylor Swift and Harry Styles might not be in a romantic relationship now, but it seems like the exes are still rooting for each other for their respective career. The pair reunited at the 63rd annual Grammy Awards on Sunday, March 14 where they both were among the honorees.

That night, Harry was named as the winner for Best Pop Solo Performance for his song “Watermelon Sugar”. As the One Direction member made his way to the stage to deliver his speech, fellow guests were giving him standing ovation and that included Taylor.

The 31-year-old “Cardigan” songstress, who donned floral dress from Oscar de la Renta, was captured by the camera nodding and clapping for her ex. Although she wore a matching mask, it could be seen that Taylor was smiling at the time.

“This was the first song we wrote after my first album came out, during a day off in Nashville,” Harry said in his acceptance speech at the Staples Center in Los Angeles. The 27-year-old singer/actor went on to say, “I feel very grateful to be here, thank you.”

“All of these songs are f***in’ massive so thank you so much,” the “Sign of the Times” singer, who is currently dating Olivia Wilde, continued. “I feel very honored to be among all of you.”

Harry wasn’t the only one coming out victorious at the event. Taylor nabbed one of the most prestigious awards offered by Recording Academy as she was announced as the winner of Best Album of the Year for her chart-topping album “Folklore”. Referring to her actor boyfriend Joe Alwyn, Taylor said in her speech, “Joe, who is the first person that I play every single song that I write, and I had the best time writing songs with you in quarantine.”

“I want to thank-I want to thank James, Inez, and Betty and their parents [Blake Lively and Ryan Reynolds] who are the second and third people that I play every new song that I write but mostly, we just want to thank the fans. You guys met us in this imaginary world that we created, and we can’t tell you how honored we are forever by this,” she added.