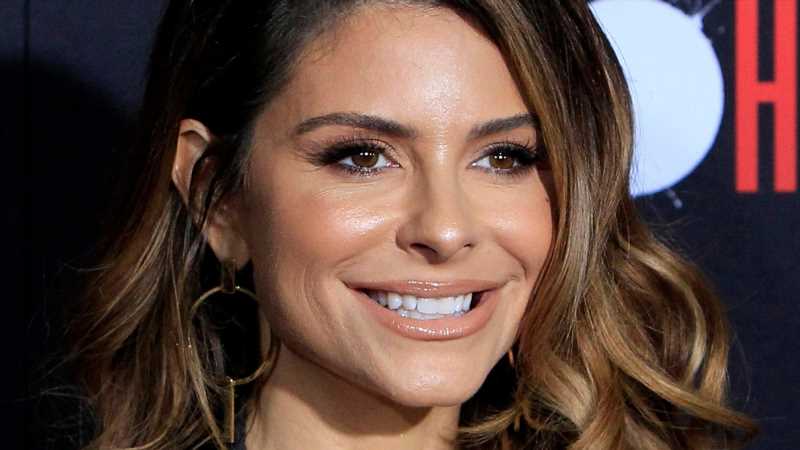 Maria Menounos shared on social media that her mom died while the family was celebrating Greek Easter. The television personality uploaded a black-and-white Instagram picture of her laying in bed next to her mother, Litsa Menounos, on May 2. She wrote: “RIP mom. God loved her so much he took her on greek easter.” Maria also wrote (in Greek), “Christ is risen mom,” as both her parents were Greek immigrants.

Litsa had been battling stage 4 brain cancer for almost five years, but her health took a turn for the worse in November 2020 after she was hospitalized for COVID-19, along with her husband, per People. Maria then flew out to Connecticut from Los Angeles with her husband Keven Undergaro to care for her parents.

Just 16 hours before Maria shared the sad news of her mom’s death, she uploaded an image of her holding a candle at a Greek Easter service. “Watching st. Marks in boca w/mom online & even got to light a candle through their site,” she wrote. But since revealing the news, the former E! News host has been inundated with heartfelt fan and celeb support. “RuPaul’s Drag Race” judge Ross Matthews, who also lost his mother last year, expressed condolences, saying, “I am here if you need anything,” while actor Zoe Saldana said, “We send you so much love.” Meanwhile, her former E! News colleague Catt Sadler sweetly paid tribute to them both and commented, “I know one thing for certain — your mother knew the most extraordinary love there ever was to know because of you.”

Maria Menounos’ mom Litsa was diagnosed with brain cancer back in 2016 at the age of 61, and just a year later, Menounos discovered she, too, had a “golf-ball sized tumor,” per E! News. After an MRI scan, the television personality discovered a benign meningioma tumor pressing on her trigeminal nerve, which provides sensations to the face and controls muscle functions like biting and chewing. She then underwent an almost eight-hour surgery — on her 39th birthday of all days — to have it removed.

At the time, Menounos told People that despite Litsa suffering from her own health problems, she had “always been positive” about their double diagnosis. Similarly, Menounos herself has been optimistic about her own health problems as she told Today a year after her operation about how a little “positivity and humor” can “lessens a lot of the pain.”  It’s this hopeful mindset which saw Menounos determined to make all her mother’s dreams come true — including bringing her home to Connecticut.

She previously revealed on her YouTube show “Better Together” that she got a private plane for her parents to go back to home after spending all of 2020 in Los Angeles, per People. Menounos also kept encouraging Litsa to push through at the prospect of being a grandmother with her and husband Keven Undergaro going through surrogacy. “I said to her, ‘You gotta get strong, you gotta hang on — you’ve got grandchildren coming,'” Maria said on “Better Together.” Hopefully good news is coming for Menounos by way of the pitter-patter of tiny feet soon.