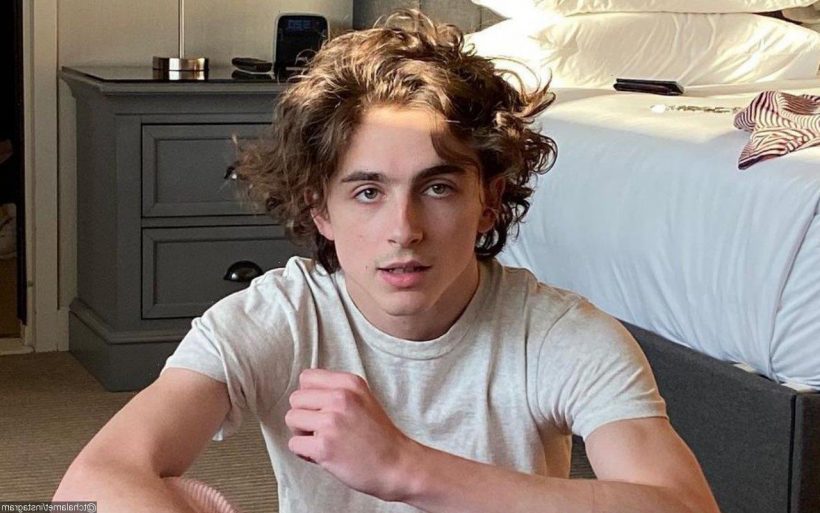 Although he has not been posting much on Instagram, the ‘Call Me by Your Name’ actor successfully attracts Kiernan Shipka and Lili Reinhart’s attention with his latest post.

AceShowbiz –Timothee Chalamet is often absent from making post on Instagram, but manages to grab attention when he does. Returning to the photo-sharing platform two months after his last share, the “Call Me by Your Name” star attracted funny reactions with his new post.

On Tuesday, April 27, the 25-year-old actor informed fans and followers what he has been up to lately. Sharing a photo that captured an action figure sitting in front of a big flat screen, he wrote in its caption, “i’ve been playing with myself all day.”

Aside from the two Hollywood stars, many of Timothee’s fans have also shared their thought on his post. “timmy that doesnt sound good,” “TIMOTHEE [crying emoji] THE WORDS. CHOOSE THEM CAREFULLY,” and “bestie the photos were still loading for me, the caption worried me for a sec” were some of the comments they left.

While many were disturbed by Timothee’s caption, others saw the funny side of it. One wrote in reply, “hahah funny joke tim tim.” Another pointed out, “This caption is driving the girlies crazy timothee!!!!!!” A third acknowledged, “I LIKE YOUR FUNNY WORDS MAGIC MAN.”

Caption aside, Timothee recently sparked rumor that he and the daughter of Johnny Depp, Lily-Rose Depp, were reconciling after the two were spotted stepping out separately in downtown Manhattan on Monday morning, April 5.

The then-couple was together since 2018 but they never publicly announced their romance. In September 2019, the two were caught locking lips during an Italian vacation. However, less than a year later the 25-year-old actor was listed as “single” in an issue of British Vogue.

Before the reconciliation rumors hit the media, the “Lady Bird” actor was also romantically linked to Eiza Gonzalez after the two were spotted spending time together and sharing steamy moments in Cabo San Lucas, Mexico.