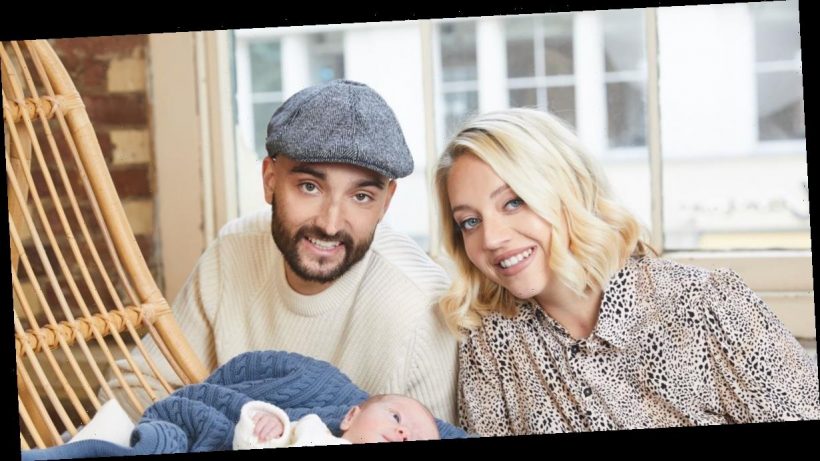 Tom Parker has cheekily shared a clip of his wife Kelsey using a breast pump.

Taking to Instagram, The Wanted singer sneakily filmed his wife pumping breast milk in their living room before revealing that she “hates” him for his antics.

Clearly feeling in a cheeky mood, the 32 year old told the camera as he zoomed in on Kelsey: “Wow. Look at them.” A less than impressed Kelsey shouted at her husband: “Tom! Stop it!”

Tom replied: "What? It's natural. Look at the size of them! Wowee, fun bags!”

The star went on to reveal his wife now “hates” him, telling the camera: “My wife hates me. What? I've only shown your breasts to the whole f******g world babe, Jesus Christ, get over it!

“I've got to say though, that's why I love my wife, she lets me post pictures of her boobs."

Tom and Kelsey welcomed their second child, son Bodhi, into the world in October just weeks after revealing Tom had been diagnosed with an inoperable brain tumour.

They are already parents to daughter Aurelia, who turns two in June.

Tom displayed his shaved head in the clips after recently opening up about how one of the most difficult things to overcome mentally about his devastating cancer diagnosis was his baldness.

He says he felt “silly”, but it all hit home when he had to shave his head one evening.

Tom, who revealed last month that his tumour has shrunk significantly, bravely revealed that he broke down when his hair fell to the floor but now says he has come to terms with the fact that his appearance has changed.

He posted: "Having been in the public eye since the age of 21 my appearance has always been important to me.

"I have had many different hairstyles from a Danny Zuko quiff and the crazy blonde stage my wife hated.

"When I started treatment my hair started to fall out, so after a morning at the hospital I came home and told @being_kelsey to shave my head."

He continued: "I remember this so vividly, I felt like part of me was being taken away as I saw the hair drop to the floor. There were tears.

"I wore hats for the first couple of months as I was embarrassed by my appearance. I know it sounds silly for a man to be so bothered by baldness when I was facing so much more but to me it felt like I was wearing a badge of baldness that shouted 'I HAVE CANCER'

"So here I am facing my fears and laying myself bare. I have accepted my baldness and i now wear this 'new do' with pride. It's a trophy of what I have overcome and what I have yet to beat."