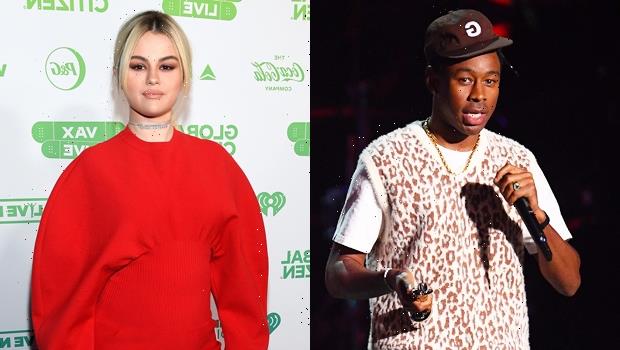 Tyler, The Creator’s latest song ‘Manifesto,’ from his new album ‘Call Me If You Get Lost,’ features an apology from the rapper to Selena Gomez for his ‘crazy’ 2010 and 2011 tweets about her.

Tyler, The Creator is making amends for his distasteful and inappropriate tweets about Selena Gomez from 2010 and 2011. The Grammy winning rapper, 30, released his sixth studio album, Call Me If You Get Lost, on June 25, and the album features a song, entitled “Manifesto,” which features lyrics apologizing to the “Lose You To Love Me” songstress, 28. The song recounts some of the rapper’s past antics, and how he was almost ‘cancelled’

“I was cancelled before cancelled was with Twitter fingers (Haha) / Protestin’ outside my shows, I gave them the middle finger (F**k ’em),” he raps in the song. Tyler then goes on to reflect on one particular incident, when he tweeted about Selena Gomez in 2010 and 2011. “I was a teener, tweetin’ Selena crazy sh*t / Didn’t wanna offend her, apologize when I seen her / Back when I was tryna f**k Bieber, Just-in,” he raps, referencing Selena’s famous former flame, Justin Bieber.

Since those tweets from nearly 10 years ago, Tyler has discussed how he’s had relationships with men, seemingly including Jaden Smith, who appeared to confirm their relationship in November 2018. But the lyrics definitely call back to those tweets from roughly a decade ago. Many of the messages were explicit, and insinuated that Tyler was interested in having sex with Selena, who had just turned 18 at the time.

The lyrics also seemingly allude to Tyler apologizing to Selena in person. However, Selena has yet to address the lyrics or Tyler’s apology publicly. Along with “Manifesto,” Call Me If You Get Lost features songs with Lil Wayne, Pharrell Williams, and Ty Dolla Sign, among others. “Manifesto,” however, is a standout track for the rapper, who also produces the album. You can take a listen to the song with the video above.