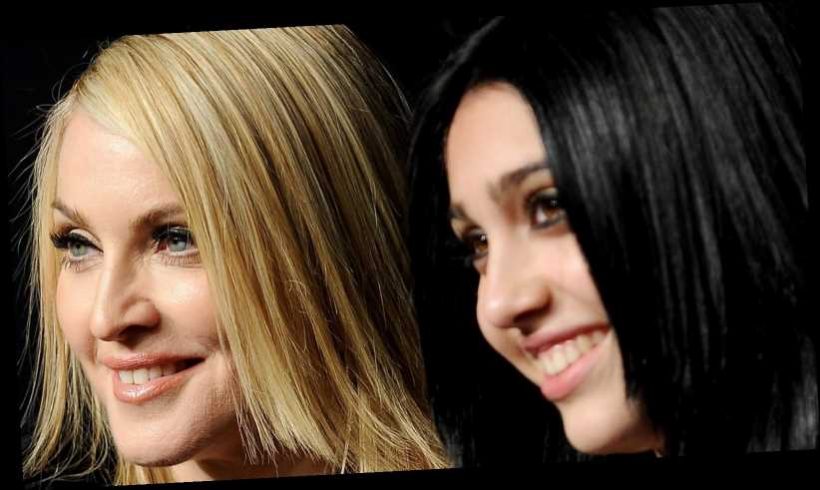 Madonna’s eldest child, Lourdes Leon, or Lola to her friends, is fast becoming a fashion icon in her own right. As TODAY notes, she previously featured in campaigns for Adidas and Juicy Couture, as well as strutting down the runway a number of times, too. Now, though, the 24-year-old beauty is fronting her first major campaign as the new face of Marc Jacobs’ spring 2021 line, which includes tote bags, sneakers, jewelry, face masks (of course), and lots more.

Last year, Leon appeared in a shoot for edgy fashion brand Miaou and fans flocked to make flattering comparisons to her mother’s iconic music video for “Cherish.” However, although she’s the daughter of the Queen of Pop, the burgeoning model mostly stays out of the spotlight. In 2019, Madonna herself gushed to Vogue about how “insanely talented” her daughter is, describing Leon as “incredible at everything she does.” On this evidence, she’s clearly correct.

As People notes, in a selection of colorful promotional photos for the campaign, Leon wears long red hair, matching nails, and her signature fluffy brows as she poses in a variety of fun outfits including cute striped socks, Wizard of Oz-style sparkly red heels, and tons of Marc Jacobs’ signature florals. As a press release notes, “Marc has a long-storied history with Madonna and so it only made sense for us to tap Lola to be the face of the campaign as she perfectly encapsulates the youthful spirit and uncompromising sense of individuality central to this younger expression of the brand.”

Leon embodies the label’s ethos, which “celebrates eclecticism and an individualized approach to personal style,” particularly by embracing and, in fact, flaunting her armpit hair. Paris Jackson, daughter of legendary singer Michael Jackson, is another celeb kid who exhibits her body hair alongside actresses Amandla Stenberg and Bella Thorne. Madonna herself loves to show off her body hair, too, as she demonstrated in a sultry Instagram shot back in 2014. This is one seriously fashionable mother-daughter duo, with a progressive message about body acceptance built in.